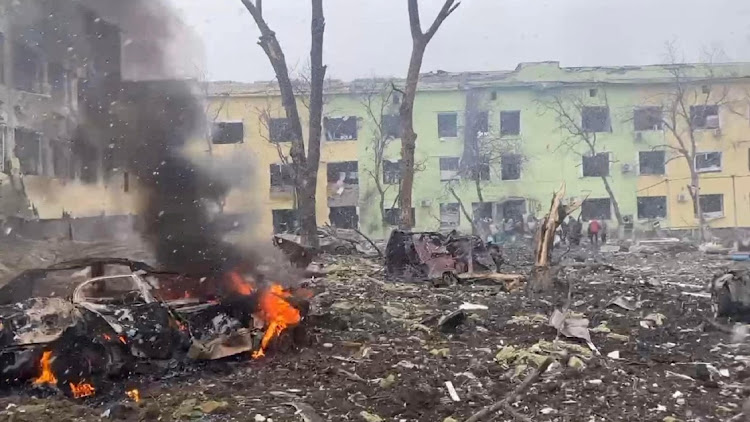 Cars and a hospital building that were hit in a Russianair strike burn in Mariupol, Ukraine, March 9 2022. Picture: NATIONAL POLICE OF UKRAINE/REUTERS

Washington  — Russian forces are operating with “reckless disregard” for civilians as they face stronger-than-expected resistance in Ukraine, and American intelligence agencies are tracking their actions to hold them to account, US Director of National Intelligence Avril Haines said on Thursday.

“The Russian military has begun to loosen its rules of engagement to achieve their military objectives,” Haines told the Senate intelligence committee’s annual hearing on worldwide threats to US security.

Haines, a cabinet-level official who heads the US intelligence agencies, said intelligence officers were documenting Russia’s actions to hold to account both the government in Moscow and individuals responsible for assaults on civilians.

“Russian forces are, at the very least, operating with reckless disregard for the safety of civilians as Russian units launch artillery and airstrikes into urban areas — as they have done in cities across Ukraine,” said Haines, the main intelligence adviser to President Joe Biden.

US officials, including Vice-President Kamala Harris, have offered support to calls for an international war crimes investigation into Russia’s invasion.

They cite examples including the bombing of a maternity hospital in the southern city of Mariupol. Russia shifted its stance over the hospital bombing, with a mix of statements on Thursday that veered between aggressive denials and a call by the Kremlin to establish clear facts.

Russia has denied targeting civilians. It calls its actions in Ukraine a “special operation” that it says is not designed to occupy territory but to destroy its southern neighbour’s military capabilities and capture what it regards as dangerous nationalists. Ukraine and its allies say that is a baseless pretext to invade a country of 44-million people.

Three weeks into the conflict, Haines and the other intelligence leaders said Russia was surprised by the strength of Ukrainian resistance. Haines said the resistance deprived Russia of a quick victory it thought would have prevented the US and Nato from providing meaningful military aid.

Berrier said providing combat aircraft would move the US further up “the escalation ladder” than sending equipment like anti-tank and air defence systems.

The intelligence chiefs also said they thought China, which has refused to condemn Russia or call the attack an invasion, was “unsettled” by events in Ukraine.

“I do believe that the Chinese leadership, President Xi (Jinping) in particular, is unsettled,” Central Intelligence Agency director William Burns said. “By what he's seen, partly because his own intelligence doesn’t appear to have told him what was going to happen.”

The hearing featured unusually blunt admissions that initial US assessments about Ukraine’s ability were off.

While US spy agencies assessed before the invasion that Russian President Vladimir Putin was underestimating the Ukrainians’ “likely resistance”, they did not do as well predicting the military challenges that Russia would face, Haines said.

Berrier said he initially believed the Ukrainians “were not as ready as I thought they should be. Therefore, I questioned their will to fight. That was a bad assessment on my part because they have fought bravely and honourably.”

The only countries able to get through to Moscow, oppose the invasion and sent arms or aid to Ukraine
Opinion
5 months ago

UniCredit, BNP and other banks and insurers give details of multibillion-euro exposure to Russia amid growing Western sanctions over Ukraine invasion
Companies
5 months ago 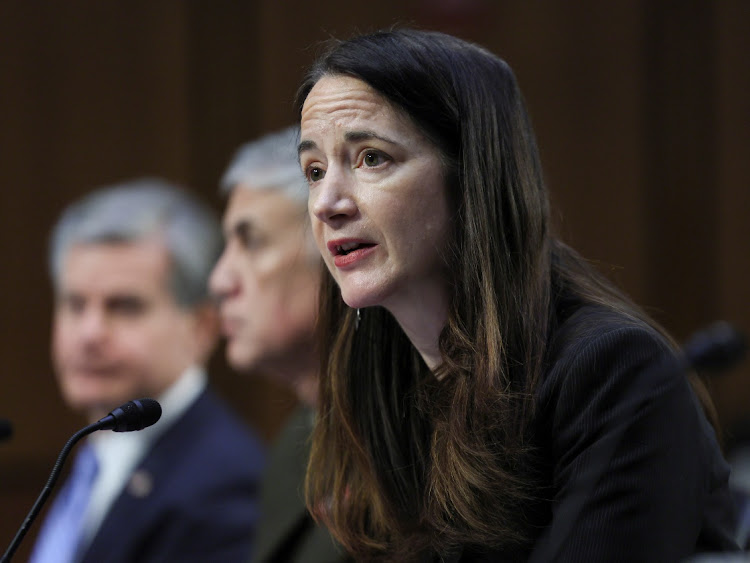 People flee Sumy for other parts of Ukraine, as fears of energy war heat up

People flee Sumy for other parts of Ukraine, as fears of energy war heat up