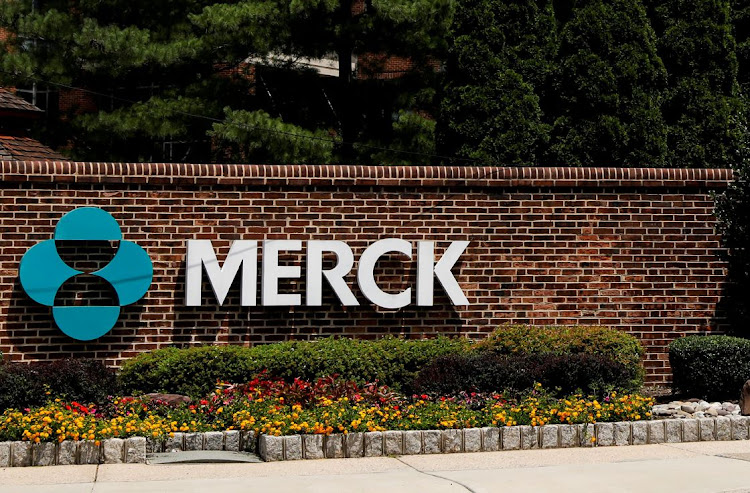 The Merck logo on a wall in Linden, New Jersey, the US. Picture: REUTERS/BRENDAN MCDERMID

New York — US President Joe Biden is expected to announce later on Tuesday that Merck will help manufacture rival Johnson & Johnson's (J&J's) Covid-19 vaccine in a partnership, raising output of the single-shot treatment.

J&J's vaccine production has been slower than promised. Under its contract, the company was supposed to deliver 12-million doses by end-February, but had less than 4-million ready to ship when the vaccine was authorised on Saturday.

It expects to be able to deliver another 16-million doses by the end of March, but will not ship any next week. The company has said it will be able to provide the full 100-million doses it has agreed to supply by its original midyear deadline.

The next shipments are waiting on regulatory approval of new manufacturing operations run by its partner, contract drugmaker Catalent, J&J Chief Scientific Officer Paul Stoffels said in an interview.

Stoffels also said the company was looking for more partners to expand its production capacity.

More doses sooner could speed the global vaccination effort considerably, because as a one-dose vaccine it is possible to inoculate twice as many people with the same number of shots. The other two US-approved vaccines — from Pfizer and BioNTech and Moderna — require two doses.

J&J's vaccine substance is made in the US at a plant operated by Emergent BioSolutions, as well as in facilities in the Netherlands and India.

There are two US factories — run by Catalent and Grand River Asceptic Manufacturing — where the vaccine is finished and put in vials. The company also has partners with fill-finish capacity in Spain, Italy, India and SA.

Merck's collaboration with J&J comes after Merck scrapped development of its own Covid-19 vaccine candidates in January, Merck said in February  it was working on a deal to open up its manufacturing capacity to other vaccine makers.

The partnership is the latest example of large drugmakers working together to help produce Covid-19 vaccines to meet the global demand.

Swiss drugmaker Novartis signed an agreement in January to fill vials for Pfizer and BioNTech's shot, while French drugmaker Sanofi will help fill and pack millions of doses of Pfizer's vaccine starting in July.

Merck will dedicate two US facilities to J&J's vaccine, according to a report in the Washington Post, which first reported the news of the arrangement  on Tuesday.

“Merck remains steadfast in our commitment to contribute to the global response to the pandemic,” the company said.

Biden is scheduled to speak on the developments in the US Covid-19 strategy at 4.30pm US time.

J&J did not immediately respond to a request for comment.

US biotech is preparing for a clinical trial to gauge effectiveness on 501.V2 strain
Life
1 month ago