A key takeaway of the election is the complete disarray of the Workers’ Party and the emergence of a new left, one analyst says 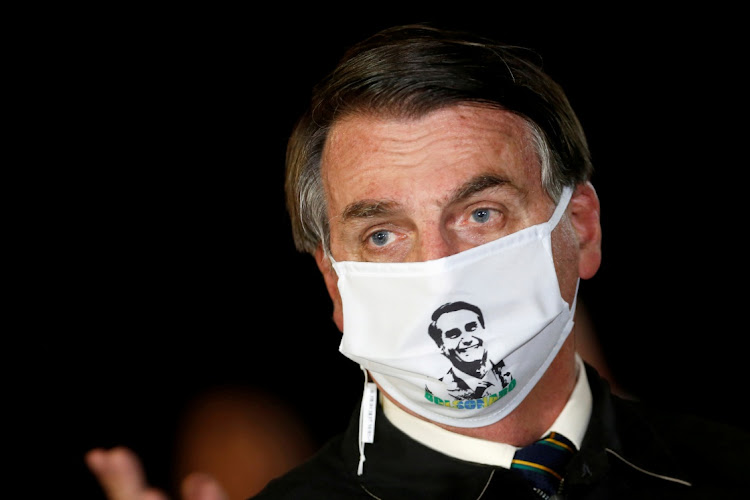 Brasilia/New York — Brazilian President Jair Bolsonaro emerged weaker from Sunday’s municipal elections that were widely seen as a referendum on the first half of his four-year mandate.

Candidates supported by the far-right leader in the country’s main capitals either cratered or will face strong competitors in runoff votes scheduled for November 29. Centrist parties that support his congressional agenda in exchange for political favours had a strong performance — meaning they may demand more of the government going forward. And even leftist parties that were all but ostracised from the political landscape a few years ago may regain some key cities during the second round of vote.

“Bolsonaro’s power hadn’t been tested since he became president,” said Deysi Cioccari, a political scientist and professor at the Catholic University of Sao Paulo. “He looks weaker after these elections.”

The nation of more than 200-million chose about 5,500 mayor and 57,000 city councillors in elections that took place without major problems, despite an attempted cyber attack against the electoral court’s systems, which officials said they managed to deflect.

Bolsonaro threw his weight behind dozens of like-minded candidates across the country and explicitly supported allies in six Brazilian capitals. Four of them suffered an outright defeat. Presidential endorsements were complicated by the fact that the president currently has no party — he ditched the one that got him elected in 2018 and has since failed to launch his own.

After the results were released, however, Bolsonaro seemed to minimise his own efforts, tweeting that attempts to support candidates boiled down to “only four live internet broadcasts totalling three hours”.

In Sao Paulo, incumbent Bruno Covas won nearly 33% of the votes and will face off Guilherme Boulos, a leftist leader and former presidential contender who gained momentum in the final days of the campaign and ended with 20% of support. Celso Russomanno, a legislator and former TV showman backed by Bolsonaro, got a little more than 10%.

“We beat Bolsonaro in this first round,” Boulos told reporters after the results, alluding to Russomanno’s defeat. “If we look at the numbers, 70% of Sao Paulo residents voted for change, and that’s what I represent.”

In Rio de Janeiro, Bolsonaro endorsed incumbent Marcelo Crivella, an influential evangelical pastor who ended second with nearly 22%. Crivella will defend his mandate against former mayor Eduardo Paes, who prepared the city for the Olympic Games in 2016 and received 37% of the votes.

Covas and Paes are both considered centre-right candidates, raising the prospect that more moderate names may win or retain control of key cities after a conservative wave swept the country in recent years, following bitterly polarised elections.

Many of those names come from traditional Brazilian clans who have been in power for generations, said Cioccari. “Brazil is an oligarchic country where it’s always the same parties and the same families that have money and power,” she said.

Bolsonaro was fully aware that securing allies in as many municipalities as possible would have improved his re-election chances in 2022. Several mayors and governors, who retain significant power in Brazil’s federative system, became adversaries this year as they imposed lockdowns, resisting the president’s strategy to belittle Covid-19 and maintain the economy open at all costs.

Lack of federal leadership during the pandemic helped make Brazil a global virus hotspot, with nearly six-million infections and 165,000 deaths. Yet a $57bn programme of cash handouts to informal workers drove down poverty, cushioned the economic slump, and boosted the president’s approval rating to a record.

All that popularity, however, wasn’t always transferable to Bolsonaro-backed candidates during municipal elections in which voters are often more worried about local issues.

While huge cash handouts helped Bolsonaro become more popular in Brazil’s poorest regions that for years remained a bastion of the left, opinion polls show rejection of the president has been increasing in the country’s largest cities.

Meanwhile, the leftist Workers’ Party that dominated Brazilian politics for more than a decade failed to make a comeback despite former President Luiz Inacio Lula da Silva’s efforts. The party’s only hope to elect a mayor in one of Brazil’s capitals is Marilia Arraes, who’s facing a runoff with another leftist candidate in the northeastern city of Recife.

“A key takeaway of this election is the complete disarray of the Workers’ Party and the emergence of a new left under the leadership of Boulos,” said Marcio Coimbra, a political scientist who heads the Interlegis think-tank in Brasilia.

Other leftist parties may win major Brazilian cities, with the Communist Party disputing the southern city of Porto Alegre, the Socialism and Liberty Party fighting for the northern capital of Belem and the Democratic Labor Party vying for Fortaleza, in Brazil’s northeast.