Under-pressure Emmerson Mnangagwa accused Constantino Chiwenga of plotting against him 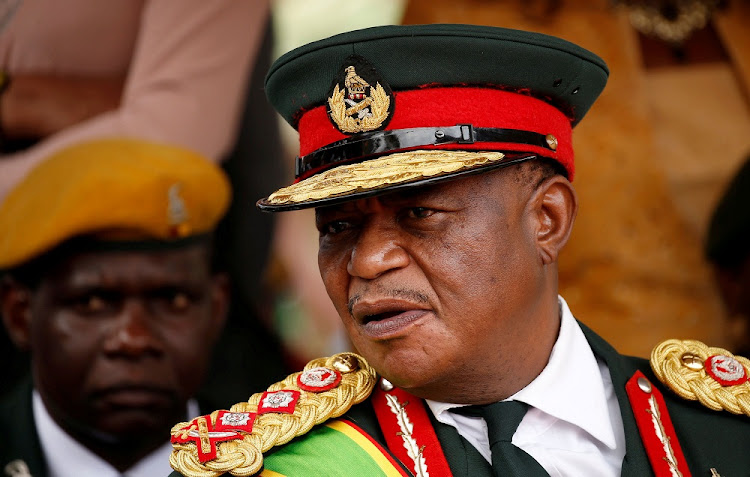 Zimbabwean President Emmerson Mnangagwa accused his deputy of plotting against him in a heated exchange, highlighting a rift between the nation’s two most powerful men as the economy implodes.

At a meeting of the governing Zanu-PF’s politburo last week, Mnangagwa shouted at Vice-President Constantino Chiwenga, according to two people familiar with the situation. They asked not to be identified because the quarrel hasn’t been publicly disclosed.

The president accused his deputy of instigating a plan to use an opposition protest on July 31 over the deteriorating economic situation to embarrass the national leader, the people said. Some party members would have been encouraged to demonstrate alongside the opposition, but focus their criticism on Mnangagwa to weaken his standing within the governing party, the people said.

Chiwenga denied any plot against the president, saying he’d endorsed Mnangagwa as president for Zimbabwe’s 2023 elections, the people said. He said he had protected Mnangagwa against enemies within the party who have now fled the country.

The clash shows the tension between Mnangagwa, 77, and Chiwenga, the 63-year-old former head of the armed forces who installed Mnangagwa when he led a November 2017 coup that ousted president Robert Mugabe. Some military leaders and their allies have grown increasingly impatient as inflation has exceeded 700% and shortages of fuel and food have become rife.

Mnangagwa’s relationship with the military is complex. It elevated the former spy chief to power, but at the same time Chiwenga is seen by analysts as ambitious and impatient to take over from Mnangagwa. The ex-military general wields influence within the governing party and was this week handed oversight of the health ministry.

In June, military leaders held a media conference to say they weren’t planning a coup, stoking speculation of disquiet within the governing elite. Still, later that month they ordered the closing of the stock exchange and banned large mobile-money transfers in a bid to stabilise its collapsing national currency, people familiar with the situation said at the time.

At last week’s meeting, Mnangagwa brandished flyers denigrating him that were seized by the Central Intelligence Organisation from the home of Cleveria Chizema, the party’s health secretary, the people said. Chizema has been suspended. She didn’t answer calls to her mobile phone.

The flyers called for Zanu-PF supporters to join the opposition protest, which was stillborn after security forces deployed on the streets of the capital, Harare. That deployment stoked the latest round of speculation of increasing military influence on the government.

No financier should send more than $1 to Mnangagwa without being fully aware it’ll only go to pay his security forces to beat the country into ...
Opinion
9 months ago