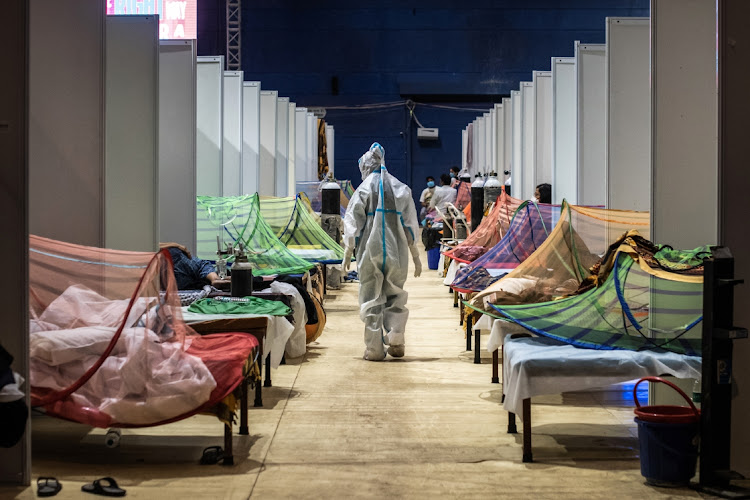 That’s Carl Bildt’s worry as the new special envoy to the World Health Organization-backed effort set up in 2020 to dispatch vaccines and other weapons against Covid-19. Suppressing the virus that’s advancing in India and beyond depends on persuading rich nations to share excess doses and help close a $19bn funding gap, Bildt said in an interview.

An independent review of the international Covid-19 response echoed Bildt’s concerns in Wednesday, calling for Group of Seven (G-7) countries to commit 60% of the money needed in 2021. The report urged high-income nations to provide more than 2-billion doses to poorer regions by the middle of 2022.

“The risk is that if people in the UK, EU or US think the worst is over, the attention will shift,” he said. “The worst isn’t over.”

No stranger to high-stakes diplomatic efforts, Bildt was co-chair of the 1995 Dayton peace talks that ended the war in Bosnia. He earlier led Sweden as prime minister when the government negotiated its entry into the EU. Now he finds himself in the middle of an urgent campaign to galvanise support for the World Health Organization’s access to Covid-19 tools (ACT) accelerator and push leaders to contribute more to the global fight.

For a few fortunate countries, optimism is on the rise. The US is preparing to vaccinate middle- and high-school pupils, a relatively low-risk group, before the start of summer camps and the next school year. Covid-19 deaths could drop to as low as 1,500 a week by June 5, according to a Centers for Disease Control and Prevention forecast; the weekly toll was more than 8,000 in mid-March.

The UK reported zero Covid-19 deaths in its Tuesday update, and the government is clearing the way for people to hug and meet indoors at pubs and restaurants. Officials in Europe, including Germany’s health minister, also expressed hope for decreasing cases.

But as India grapples with a deadly surge among its population of 1.4-billion, worries are growing for many other spots all over the planet. Despite declines in the developed world, more than 600,000 new Covid-19 cases are reported globally each day, as stubborn epidemics in countries such as Colombia, Brazil and Malaysia burn on. Waiving patents on vaccines, a proposal the Biden administration supports, is promising but won’t address immediate needs for supply, said Ellen ‘t Hoen, director of Medicines Law & Policy, a research group based in the Netherlands.

“Anything that exists today should really go to places where the crisis is the most serious,” she said. “Maybe vaccinating teenagers in California shouldn’t be the priority at this point.”

Covax, the vaccine initiative that’s part of the ACT accelerator, has shipped just 60-million doses — less than a quarter of the number already administered in the US alone. In their report on the pandemic response, the independent experts recommended a review of the accelerator, citing shortcomings in the effort to ensure global access to shots, drugs and other supplies.

More international co-ordination is required to fix the inefficiencies and inequities, says Robert Yates, executive director of the Centre for Universal Health at Chatham House, a London-based think-tank.

“We’re not in good shape here,” Yates said. “Vaccines should be going to the countries and the age groups most in need, but that’s not happening.”

Global health officials stress that everyone is vulnerable if the virus keeps advancing, increasing the risk of concerning variants and prolonging the pandemic. Getting health workers immunised in developing nations should be the focus, said Bildt, who was named to the post at the end of March.

“As long as this is a pandemic that is spreading like wildfire in parts of the world, we’re not safe,” Bildt said.

Some wealthy countries have obtained far more vaccine doses than they need, and advocates say more should be shared. High-income countries have bought almost 5-billion doses, middle-income nations have secured about 2.2-billion doses and poorer regions hold about 270-million, according to the Duke Global Health Innovation Center in Durham, North Carolina.

Many pledged donations have yet to be fulfilled and some are paltry in the face of the crisis. Sweden promised to donate 1-million doses of AstraZeneca’s vaccine and France intends to share half a million by the middle of June. The US plans to give away just 60-million AstraZeneca shots.

“Both Europeans and Americans have ordered, wisely so, quantities that are very substantially in excess of what they need immediately,” Bildt said. “That means there is room to start to share when they get their situations more under control, and we’re approaching that now. The EU and US have been talking about it. But we need to go from talking to actually doing it.”

Bildt, Sweden’s prime minister from 1991 to 1994, emphasised the importance of sharing doses fairly through Covax. “Otherwise there is a risk of handing out to friends only, and that I don’t think would be helpful.”

The former Balkans mediator also said he’s concerned about a lack of life-saving oxygen and some regions “flying blind” without sufficient access to testing. While the ACT accelerator has attracted more than $14bn so far, led by the US, Germany and Britain, there’s a risk it won’t hit its fundraising goal in 2021, a shortfall that could extend the pandemic, he said.

More money will likely be required in 2022.

“The rich countries through the likes of the G-7 and G-20 [Group of 20] must come up with this money,” said Chatham House’s Yates. “That’s a no-brainer. By vaccinating the world we potentially save the economy trillions of dollars.”

For 10 high-income countries — including Canada, Germany, Japan, Qatar, South Korea, the UK and the US — investing the $19bn required would produce more than $466bn in economic benefits over five years, according to an ACT accelerator report in April.

“All governments are very much aware of the pandemic and aware of what’s happening in their own countries,” Bildt said, “but is there sufficient attention to the global scale of it, and the ramifications for everyone of not getting it under control globally? We have substantial work ahead of us.”

It should have been obvious that closing SA’s borders to travellers from India — as other countries have done — was a matter of self-preservation in ...
Opinion
5 months ago

The third wave may not be as bad as the second one, since at least 30% of the SA population has had the virus
News & Fox
5 months ago

Deaths increased by a record 4,205 in the 24 hours to Wednesday, carrying the tally of infections past 23-million
World
5 months ago
Next Article