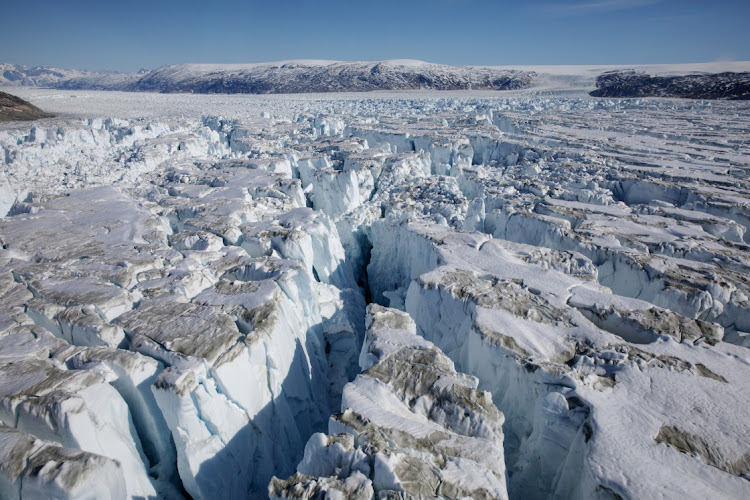 Midrid — The Arctic has experienced the worst fire season on record for the second year in a row, with giant wildfires sending over one-third more carbon dioxide into the atmosphere than in 2019.

Fires raging across the Arctic Circle emitted 244-million tonnes of carbon dioxide for the first six months of the year, compared to 181-million tonnes for the whole of 2019, according to Europe’s Copernicus Atmosphere Monitoring Service or CAMS.

“We’ve known for a long time that the rate of change of climate and temperature at northern latitudes has been two to three times faster than the global average,” said Mark Parrington, senior scientist at CAMS. “What we’re now seeing is a symptom of that more rapid rate of change.”

The fast warming of the Arctic has manifested this past few months through heatwaves that have broken temperature records. At the same time, satellites showed that the sea ice shrank more than during any other July in history. Thinner ice in Arctic waters meant the Northern Sea Route, which is used during the summer months to ship gas, oil and metals from northern Russia to China, opened up earlier than usual in 2020.

Emissions from Arctic fires, some of which are still burning, were so high that in just six months the region emitted the equivalent of what countries such as Spain, Malaysia, Egypt or Ukraine emitted in 2018 from burning fossil fuels, according to the latest available data by the Global Carbon Project.

Most of the fires were in Russia’s Sakha Republic, while fire activity was reduced in northern Canada and Alaska compared to 2019, according to Copernicus. Smoke plumes from Siberian fires spread across thousands of kilometres, covering the equivalent of more than a third of Canada.

Scientists think so-called “zombie fires” that originated in 2019 may have been smouldering underground during winter months and reignited in spring as a heatwave hit the region. “Once these fires start in that part of the world they can burn for a long period of time,” Parrington said. “I wouldn’t be surprised if we see something similar again next year.”

Fires in the western US are still active, and data from CAMS shows that fire intensity in Colorado has so far been well above the 2003-2019 average for most of August. In California, the data shows emissions from fires peaking in the second half of the month — not surprising, given that two of the state’s largest-ever fires started in late August.

Still, the main driver for global emissions from wildfires comes from fires that occur in the tropics. However, a wetter-than-usual dry season in Southeast Asia means fires in Indonesia could be fewer in 2020. “All in all, we see some regional anomalies, but on a global scale, so far things are not as anomalous as last year,” said Guido van der Werf, a scientist at Vrije Universiteit Amsterdam who also tracks carbon emissions from wildfires.

Fire emissions from the Brazilian Amazonin 2020 are comparable to last, Van der Werf said. But the burning season in that part of the world is still under way, so fire emissions for the whole of the year will depend on how the remainder of the fire season in the Amazon develops.

The fragile coastal plain, home to polar bears and caribou herds, has remained off limits to oil drilling for decades
World
1 year ago