The defender is expecting a physical game at Loftus on Sunday, and is hoping to score when near the net 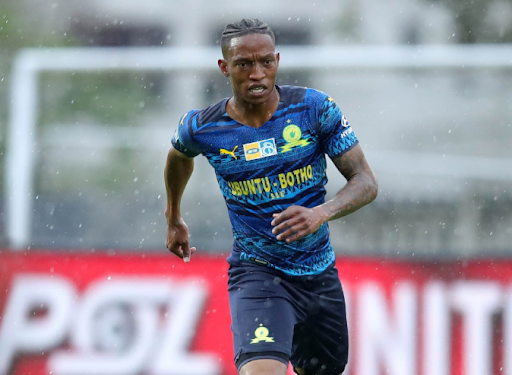 Mamelodi Sundowns defender Grant Kekana is expecting a physical game from TS Galaxy in their Premiership encounter at Loftus on Sunday.

The table-topping Brazilians go into the match seeking their third win in four league matches and staying unbeaten, while Galaxy will be out to get their first victory of the season.

Defending champions Sundowns have started the season impressively with wins over AmaZulu, Kaizer Chiefs and an away draw with Chippa United.

Third-from-bottom Galaxy and coach Owen da Gama have been less fortunate after draws with Chiefs and Golden Arrows and a loss to Stellenbosch.

“They will be more physical and the other thing about them is that they play a lot of long balls to their strikers and they play off the second balls. Having said that, they’ll have to adapt to our style of play,” Kekana said.

“They are a hard-working team, we know that they are going to go all out and they have a good coach in Owen da Gama. I think our quality will ultimately speak for itself if we go into the game and apply ourselves well. If we do the things we have been working on at training, we have a good chance of getting a positive result.”

The Sundowns defence has changed in the four matches they have played this season and Kekana says they work on different combinations at training.

“My pairing with Rushine [De Reuck] is no different from the one with me and Mosa [Lebusa], or Rushine and Mosa, or Rushine and Ricardo Nascimento. Everything comes down to what we do at training and the different combinations that are being tried out during training sessions makes it easier for us jell.”

Kekana broke his scoring duck for Sundowns in the 2-0 win over Chiefs and he is promising to be a nuisance to opposition defenders at set pieces.

Galaxy midfielder Lindokuhle Mbatha said they need to try to get something out of the game.

“It is important that we get all the three points at this stage of the season so that in the second round we are fighting for top-eight positions. If we don’t get three points in this match, then we must get at least one.

“I can say that they owe us because they took six points from us last season. That contributed to us not getting into the top eight at the end, because a point from those two matches could have made a huge difference for us.”