Apology ignores veteran coach and his family, who were at the receiving end of vulgar insults 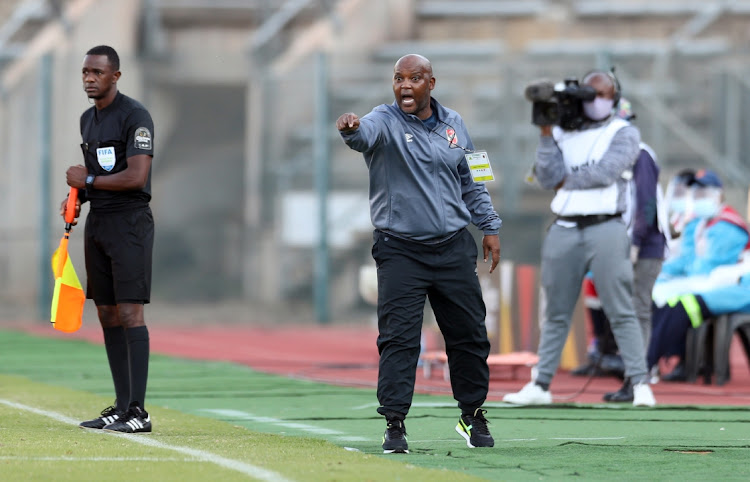 Tension between Pitso Mosimane and his former club, Mamelodi Sundowns, heightened on Monday after the coach indicated he was not impressed by the apology issued by his former employer on Sunday.

Sundowns issued an apology to Mosimane’s current employer‚ Egyptian side Al Ahly‚ on Sunday after a section of the Pretoria club’s supporters hurled insults at him on Saturday.

Mosimane was travelling in the Al Ahly team bus on the way to Lucas Moripe Stadium in Atteridgeville to face Sundowns in a Caf Champions League second-leg quarterfinal match when supporters clad in the Brazilians’ colours tried to block the visitors’ route outside the venue.

The incensed supporters hurled insults at their former coach and his family and brandished placards with similar profanities.

But the Sundowns apology raised eyebrows as there was no reference to Mosimane and his family. It simply said: “We therefore want to apologise to Al Ahly and those associated with the club.”

Mosimane and his representatives said they were not impressed with the apology.

“To this effect‚ as the management company of coach Pitso‚ we are disappointed that Mamelodi Sundowns FC have not apologised to him personally but issued a general statement apologising to Al Ahly and those associated with the team‚” a statement from the company said.

“This is not good enough. The insults were directed at coach Pitso in his personal capacity and to his mother. We hope the entire Sundowns family will continue to look at the success of coach Pitso as something to celebrate‚ not vilify.”