‘It was emotions running high in the game, but there was no swearing or anything like that’ 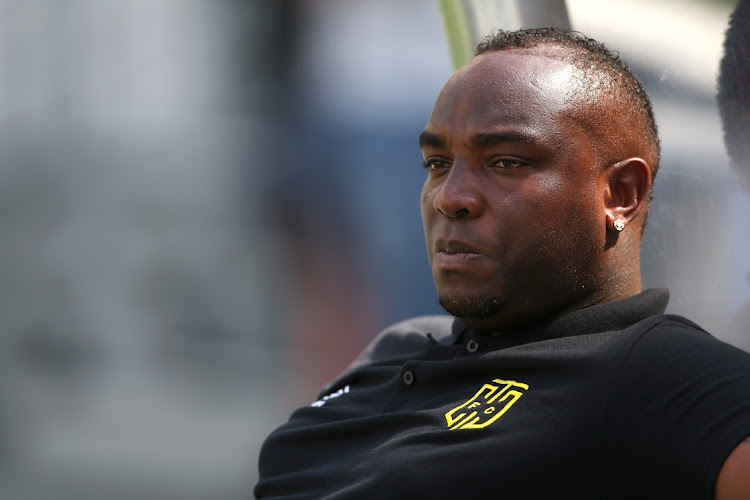 McCarthy‚ who was already on a yellow card after he was cautioned by referee Jelly Chavani in the first half‚ had a stand-off with Lebusa in the closing stages of the drawn encounter‚ leading to Sundowns’ Steve Komphela stepping in to intervene as things threatened to get out of hand.

“It was emotions running high in the game, but there was no swearing or anything like that between us‚” said McCarthy‚ who has guided Usuthu to third sport on the Premiership standings with seven matches remaining in their season.

“It was just emotions‚ there was no disrespect from the player towards me or from me towards the player. Coach Steve Komphela came across to talk to me and ask if the player was in any way disrespectful towards me‚ but there was nothing to it. It happened in the heat of moment.

“I do that a lot myself and sometimes emotions get the better of me in a moment of madness. When you are a player who has been on the pitch and you are tired because you have been working hard‚ you don’t want to see an opposition coach getting in your face. Sometimes you lose your sense of calmness and answer back‚ but in all fairness and honesty‚ there was nothing in it.”

McCarthy further explained what led to the incident.

“It was just an altercation because earlier Sundowns had an opportunity to almost seal the game from nothing by throwing the ball in when our team was not ready‚ and they almost scored.

“When the ball came out for our advantage‚ Lehlohonolo Majoro tried to take it quick and their player behaved in an aggressive manner towards Majoro. I thought it was going to be a physical altercation between the two players and I stepped in to separate them.

“As I was separating [the players]‚ the Sundowns player [Lebusa] felt that I was leaning towards fighting with him.”