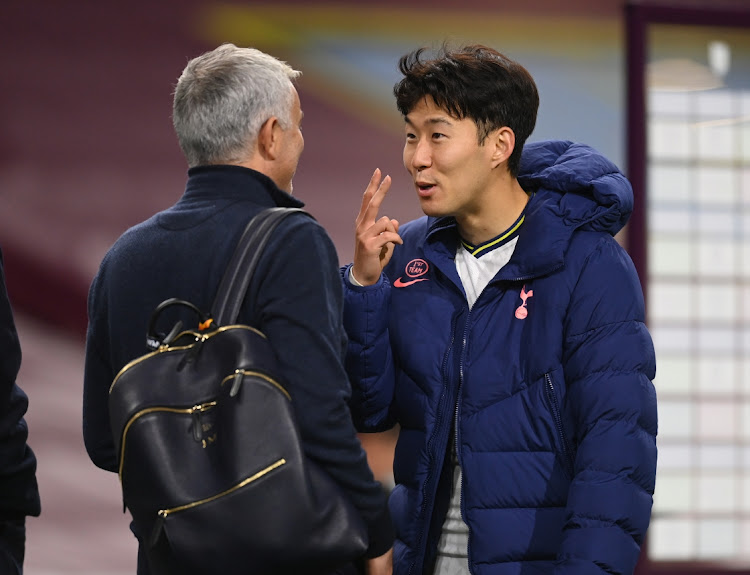 Son went down clutching his face after being caught by Scott McTominay in the build-up to an Edinson Cavani “goal” ruled out after a VAR check. Son gave Spurs the lead shortly after that disallowed goal but United hit back through Fred, Cavani and Mason Greenwood.

“Another match day and more abhorrent racial abuse suffered by one of our players,” Spurs tweeted  “This has again been reported to the platforms and we shall now undertake a full review alongside the Premier League to determine the most effective action moving forward. We stand with you, Sonny.”

Son’s teammate Davinson Sanchez has also been subjected to online abuse, while players at other Premier League clubs have been targeted.

With English football bodies piling pressure on social media companies to tackle the issue, Instagram has announced measures and Twitter vowed to continue its efforts after taking action on more than 700 cases of abuse related to soccer in Britain in 2019.

Spurs manager Jose Mourinho said last week the club wants to have an effect in the fight against online racist abuse and may join other teams in a boycott of social media.

Meanwhile, England’s cricket team will be prepared to boycott social media if the players want to take a stand against online abuse, bowler Stuart Broad said.

England’s Jofra Archer and Moeen Ali have been subjected to abuse on social media and Broad said he would be willing to take a stand against it.

“There are great positives to social media but if we have to lose those positives for a period of time to make a stand then I’d be well up for that,” he added.

“If there was action it would come from the leaders in our dressing room and if the team felt like a change needed to happen we’ve got some really great people above us in the hierarchy who would be very open to what the team’s beliefs were.

“It’s a really strong message. I think it is definitely worth a conversation.”

In football, Scottish champions Rangers and English second-tier side Swansea City said last week they would boycott social media for a week after several players from both teams were racially abused.