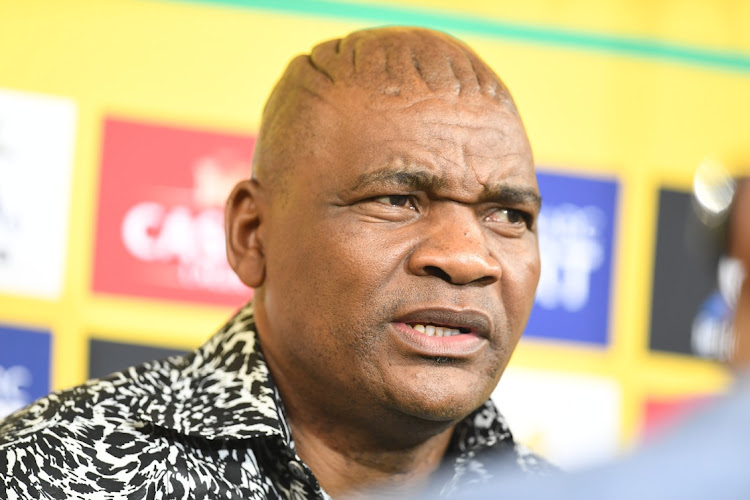 Beleaguered Bafana Bafana coach Molefi Ntseki says the blame for the team’s failure to qualify for next year’s Africa Cup of Nations (Afcon) should be laid at his doorstep.

SA will be missing when the continent’s best national teams line up in Cameroon in January after Bafana stumbled at the last hurdle‚ going down to Sudan at Al Hilal Stadium in Khartoum on Sunday evening in a 2-0 defeat that has stunned the nation’s soccer lovers.

Calls for Ntseki’s head have mounted since the embarrassing result and the coach said he was as disappointed as the nation.

“As a head coach of Bafana Bafana‚ I came up with a turnaround strategy. I think everything started very well [during the Afcon] qualifiers because we managed to accumulate the 10 points and we just needed a point [against Sudan] to qualify‚” he said.

Bafana only needed a draw to guarantee passage to the finals‚ but first-half goals from Saifeldin Maki and Mohamed Abdel Rahman Yousif condemned Ntseki’s charges to defeat.

Perhaps last week’s laboured 1-1 draw against Ghana at home should have been an indication of what was to come in Sudan as Bafana had to come from behind to salvage a share of the spoils at FNB Stadium. They appeared lethargic for long periods against the Ghanaians and took the same demeanour to Khartoum‚ where the Sudanese proceeded to dismantle them at will.

Ntseki is now at a crossroads as the national team coach and he admitted that he has to step forward for the side’s failure to secure a ticket to the expanded Afcon tournament. “The success of the team is my success‚ the failures of the team firstly start with me‚ to say‚ ‘I have failed as a coach’ because in football we need to own up.

“When there’s success‚ you become everybody’s favourite‚ but when there’s failure you become an orphan. Everybody is looking at you and saying ‘you failed the team and you could not qualify’.

“But things like this do happen in football and we own up‚ we need to be very strong and to say ‘ja, the team did not qualify’. I wanted‚ as an individual and as a South African‚ to see my country‚ to see my team playing at the Afcon. It’s a big disappointment from my side.”

Teams could have decided to use goal-line technology, says Uefa
Sport
3 weeks ago