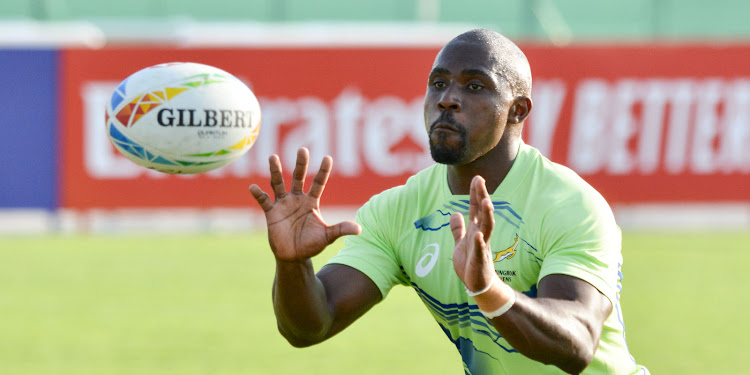 Blitzboks captain Siviwe Soyizwapi has been ruled out of the Spain Sevens tournament with an injury. Picture: SA RUGBY

The Springbok Sevens suffered a blow ahead of this weekend’s HSBC Spain tournament at Estadio La Cartuja de Sevilla with the withdrawal of injured captain Siviwe Soyizwapi.

Soyizwapi, who suffered an injury in the first match of the Malaga tournament last weekend while scoring his 13th try of the season, will be replaced by Shaun Williams.

As a result of the injury, Soyizwapi did not go on to play in Malaga where the Blitzboks secured a fifth consecutive World Rugby Sevens Series tournament win.

Impi Visser, who took over the captaincy from Soyizwapi in Malaga last weekend, will lead the South Africans in the fourth tournament of the 2022 World Series.

The 23-year-old Williams, who was part of the squad that won the previous four titles after making his debut in Vancouver and then played in Edmonton and Dubai, has scored eight tries in his 20 matches for the Blitzboks so far.

“It is never nice to replace someone who is injured, and I hope ‘Shakes’ is back to full fitness in no time. This does give me another opportunity to join the guys on tour again and contribute and that is something to look forward to,” Williams said before he flew to Spain on Monday.

Meanwhile, Selvyn Davids was named player of the final after his extraordinary performance in which he scored the match-winning try two minutes past the buzzer in the final.

“It is something you dream about, scoring the winning points, so it is a great feeling,” said Davids. “I was just the lucky guy who was in the right place at the right time though, as the team created the try, everybody had a hand in that try.

“We play for each other in this team, so for me to say the try was mine would not be correct. I scored it, but the team created it. We don’t play for ourselves, but for each other and the greater good of the team.”