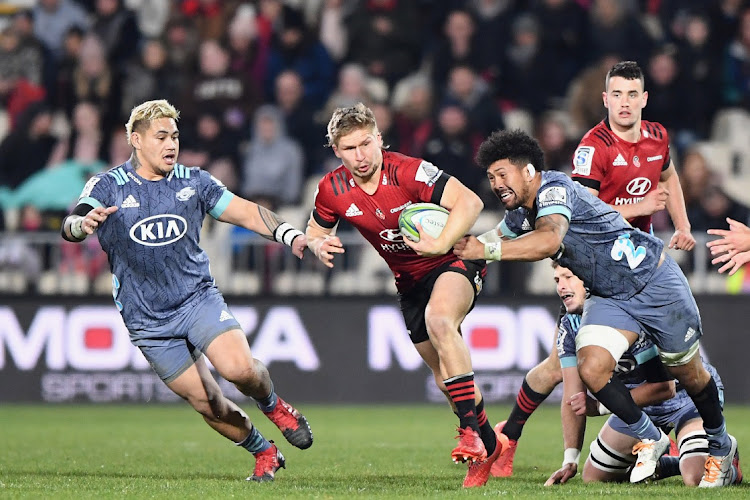 Wellington — Hurricanes coach Jason Holland is well aware of the numbers that have been discussed ahead of their Super Rugby Aotearoa clash with the Chiefs on Saturday.

If his side inflicts a ninth successive loss on the Chiefs and secures five competition points, they are likely to reduce the odds of 501-1 that bookmakers are offering on them to win the domestic competition.

Throw in the fact the Hurricanes have also extended the contracts of Jordie Barrett, Peter Umaga-Jensen and Asafo Aumua over the 24 hours before Thursday and it is little wonder that Holland just wants to concentrate on the performance on Saturday.

“We want to keep ourselves alive in the comp for as long as we possibly can,” Holland said on Thursday. “[But] sometimes … you can take away from what you’ve done well the previous weeks. We want to play a good, attacking style of footy and hopefully that gets us what we want.”

The Hurricanes have won their last four games and are third on 16 points, six behind the Blues and eight adrift of the Crusaders. Their only realistic chance of clinching the title is to secure bonus-point victories over the Chiefs and Highlanders and hope both the Blues and Crusaders slip up.

The Crusaders host the Highlanders on Sunday and could secure the title with a game to spare as the Blues do not play this week.

Holland said the focus would be on the Chiefs, who have lost eight successive games, including all seven of their Super Rugby Aotearoa matches, and would be hoping to get something out of their final clash of the season.

“They’ve had some tough things go against them,” he said. “All it takes is a couple of things to go your way and we know the Chiefs coming down here is going to be some game.”

Playing at the Tokyo Olympics would be a big ask of the schoolboy prodigy, says Tim Walsh
Sport
9 months ago