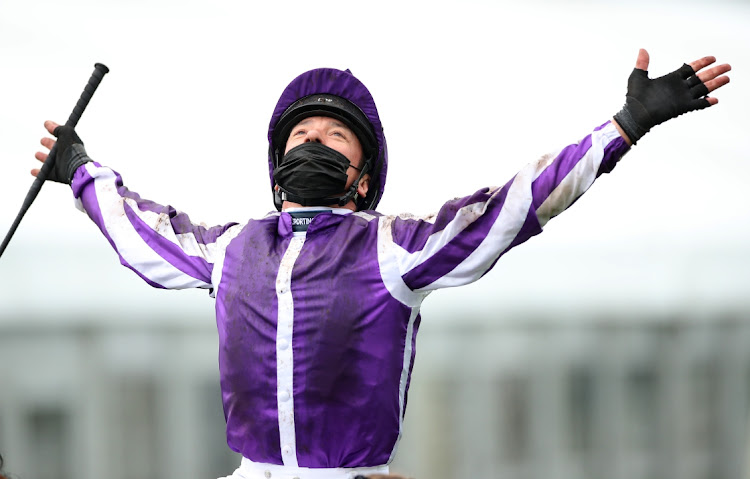 The next chapter in the “Year Of The Veterans” was written at the weekend with 50-year-old jockey Frankie Dettori riding his 21st classic winner to draw level with legendary rider Fred Archer.

Victory on runaway winner Snowfall in the Epsom Oaks followed the recent PGA Championship victory by 50-year-old Phil Mickelson and there might be a chance Serena Williams — 40 in September — will win the French Open.

“I've won many classics, but not as easy as this one,” said Dettori, who had a job bringing the daughter of Deep Impact to a standstill at the end of the mile-and-a-half race.

“It was like a hot knife through butter — I had everybody completely beaten around Tattenham Corner,” said Dettori, who has won the Oaks five times before. The race gave the Italian-born rider his first classic success in 1994.

One of O’Brien’s other runners, Santa Barbara, the mount of Ryan Moore, was sent off 5-2 favourite but was never a serious factor and is likely to return to races over a mile and a quarter.

Nevertheless, O’Brien was delighted with Snowfall's win, saying: “Frankie said he was in first gear the whole way — he was mega impressed. He said at all stages she was cantering and its proper soft ground. He said we shouldn’t be afraid to take on older horses with her and don’t be afraid to do it early.”

The next target for Snowfall could be July’s Irish Oaks. “It would look like an ideal race for her based on what we saw on Friday. We’ll see how she is over the next while,” said O’Brien.

The Irish trainer’s mood will have been different after Saturday’s Epsom Derby in which the heavily backed 11-8 favourite Bolshoi Ballet shocked thousands of punters with a lacklustre performance.

It was a great race for the bookies, with victory going to 16-1 chance Adayar, trained by Charlie Appleby and ridden by Adam Kirby. The colt was regarded as the third string of the stable’s runners.

Kirby was due to partner John Lepper but, in a late switch last week, the mount went to Dettori. Happily, 24 hours later he was booked for Adayar.

Kirby, 32, whose previous Derby appearance was an 11th-place finish in 2017, told reporters: “To be able to ride class horses when you’re just a run-of-the-mill jockey — and to then get a chance to deliver on a big day — is a marvellous feeling.”

The famous race was far from marvellous for many Gauteng racing fans as, due to load-shedding in Johannesburg between 4pm and 6pm on Saturday, they were unable to watch the action from Epsom.

So the question racing enthusiasts will be asking is this: “Is it possible load-shedding will be implemented on Saturday July 3 and result in us missing the Durban July?”

It would be a double blow for racing fans as, similar to 12 months ago, no spectators are allowed at Greyville due to the Covid-19 pandemic.

The UK firm, owned by billionaire Fred Done, will probably introduce special offers to punters, as most will do for Saturday’s Epsom Derby
Sport
2 weeks ago

After reaching a century of winners for the season, the jockey’s services are in increased demand
Sport
2 weeks ago