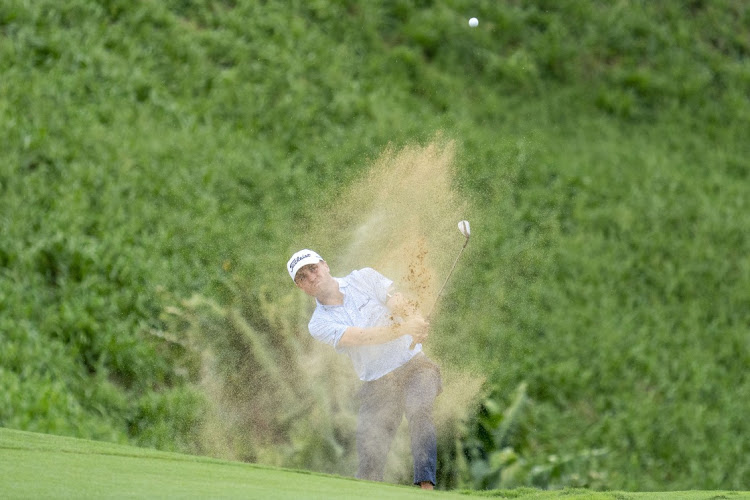 Justin Thomas hits out of the bunker on the 13th hole during the second round of the Sentry Tournament of Champions golf tournament in Maui, Hawaii, the US, January 8 2021. Picture: KYLE TERADA/USA TODAY SPORTS

Bengaluru — World No 3 golfer Justin Thomas said he was deeply apologetic after using a homophobic slur during the third round of the Sentry Tournament of Champions in Hawaii in the US on Saturday.

Thomas, the defending champion at the $6.7m event, missed a five-foot putt on the fourth hole after which he uttered the slur that was picked up by a television microphone.

“There’s just no excuse,” the 27-year-old American told Golf Channel. “There’s absolutely no reason for me to say anything like that. It’s terrible. It’s not the kind of person that I am.

“I need to do better. I deeply apologise to anyone and everybody who I offended and I’ll be better because of it,” he added.

Thomas fired an eagle and six birdies on Saturday for a five-under 68.

He went into Sunday’s final round in a tie for fifth place at 17 under, four shots behind leaders Ryan Palmer and Harris English.

Westwood crowned European No 1 but Fitzpatrick wins in Dubai

Golf discussion: After a tumultuous year, best wishes for 2021