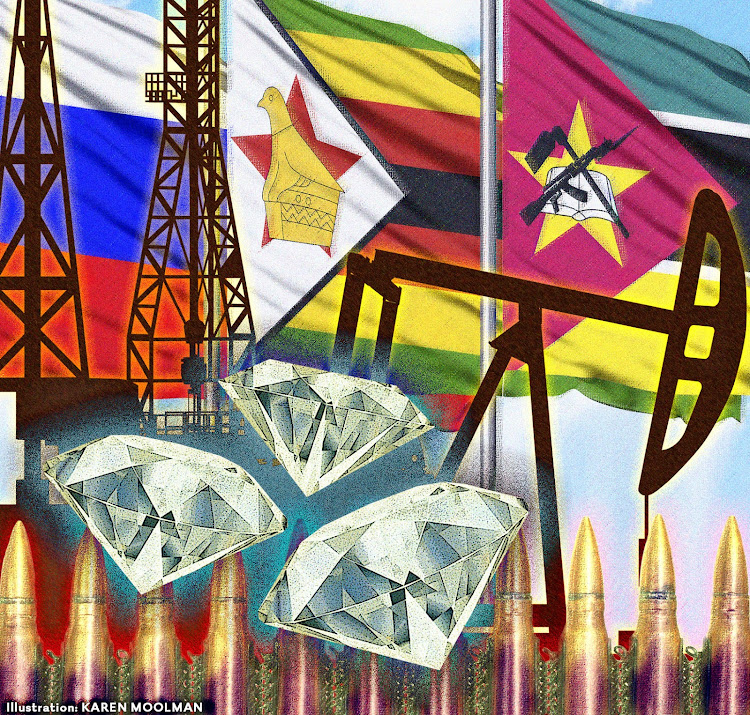 Russia is clearly keen to boost its presence in Africa. “Africa is one of the priorities of Russian foreign policy,” declared Russian deputy foreign affairs minister Mikhail Bogdanov in a meeting of the Russia-Africa Public Forum on November 5.

Last year’s successful Russia-Africa Summit in Sochi, and September’s presentation of the new Secretariat for Russia-Africa Partnership Forum, set the stage for Moscow’s rollout of new economic, political and scientific co-operation with the continent. However, while this co-operation will clearly be to Russia’s benefit, from the African side things are a bit more murky.

I recently focused on Russia’s growing relationship with two African countries — Mozambique and Zimbabwe — in a special report for the SA Institute of International Affairs. The report, “Russia’s Resurgence in Africa: Zimbabwe and Mozambique”, shows that despite the Soviet Union’s long involvement in Zimbabwe and Mozambique’s anticolonial movements, Russia has so far been unable to convert political connections into robust economic co-operation.

Russia is not among the top five major export or import partners for Zimbabwe or Mozambique. One reason is that Russia’s renewed interest in Africa is relatively recent. After the collapse of the Soviet Union in 1991, Russia’s focus was on internal issues and on getting access to the larger markets of the EU and US. This changed after Russian aggression against Ukraine in 2014 triggered Western sanctions against individuals and major sectors of the highly centralised economy. The restrictions on trading with Western countries, the targeting of prominent allies of President Vladimir Putin, and the drop in oil prices drove Russia to look for alternatives in Africa.

Western sanctions were also at play on the Zimbabwean side. A major Russia-Zimbabwe project, which led to the establishment of Great Dyke Investments, involves the trade of platinum rights for MiG-35 fighter jets. Another deal, a diamond-mining project that involves the Russian state-owned firm Alrosa, caused diamonds to be bartered for much-needed fuel in Zimbabwe.

This link between natural resources and restricted trade is a crucial one in Russia-Africa relations. Almost half of Russian arms exports go to Africa, and most of the high-level agreements on business development between Zimbabwe or Mozambique and Russia are premised on state access to mineral assets such as platinum, or gold in the case of Zimbabwe and gas for Mozambique. In return, Russia offers, among others, military equipment and political support.

Russia is also open to supporting the leaders of the African states in their desire to remain in power through manipulating vulnerable elections. Presidents Filipe Nyusi of Mozambique and Zimbabwe’s Emmerson Mnangagwa visited Russia about the time of their re-elections. The Association for Free Research and International Cooperation (Afric), an organisation that poses as a neutral election monitoring outfit but that has connections to the Russian government, has been involved in Zimbabwean and Mozambican elections. In both cases it declared highly problematic elections characterised by violence and manipulation to be free and fair.

In Mozambique it was also discovered that a large network of web pages promoting Nyusi’s Frelimo party and blackmailing the opposition was run by the St Petersburg-based International Research Agency. This organisation is led by Yevgeny Prigozhin, a close Putin ally, who has also been accused of interfering in the US elections in 2016. This shadowy co-operation extends to the current Islamic insurgency crisis in Mozambique’s Cabo Delgado province. Russian mercenaries linked to Prigozhin were reportedly active in the region until at least March.

My research into the cases of Mozambique and Zimbabwe revealed the following trends:

• Kachur is a researcher at Stellenbosch University’s Centre for Complex Systems in Transition.

What are the threats to our interests in the region and what firepower does the SANDF need to meet them?
Opinion
1 year ago

Pillars of peace, human rights and development are under severe strain from the UN’s threadbare legitimacy and US populist nativism
Opinion
1 year ago
Next Article

Africa looks to China and Russia for Covid-19 vaccines

Africa looks to China and Russia for Covid-19 vaccines