Equities battle after release of white hot US inflation data, which fuelled the fear the Fed will raise interest rates even more aggressively 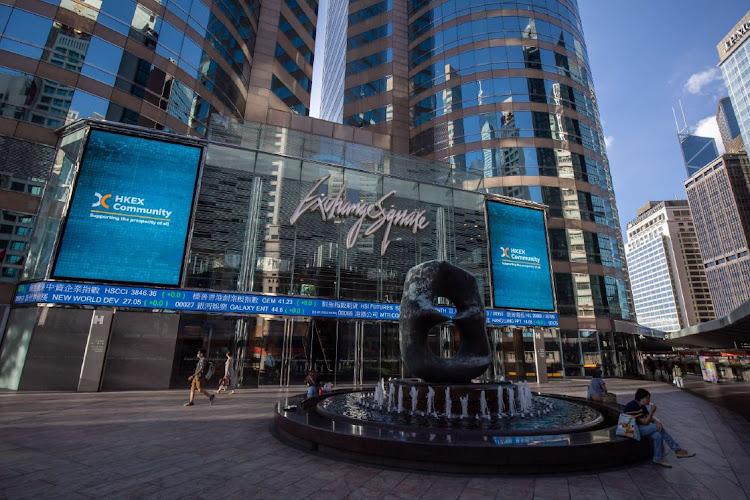 Hong Kong — Asian shares struggled on Thursday and the safe-haven dollar was strong as white hot US inflation data drove the fear the Federal Reserve will raise interest rates even more aggressively to slow price increases, potentially sending the economy into recession.

MSCI’s broadest index of Asia-Pacific shares outside Japan lost 0.1%, hovering just above the two-year low hit on Tuesday, while US Nasdaq futures shed 0.3%.

Japan’s Nikkei bucked the trend by rising 0.6%, helped by the yen’s weakness against the dollar boosting exporters.

Overnight US data showed rising costs of fuel, food and rent drove the consumer price index (CPI) up 9.1% in June, leading to the worry that the Fed could raise rates by an enormous 100 basis points at its meeting next month rather than the 75 that had been expected.

“The concerning aspect in the CPI numbers was the breadth of increases,” said Shane Oliver, chief economist at AMP. Almost 90% of the US CPI components saw increases of more than 3%, he said.

Market pricing on the CME’s Fedwatch tool currently indicates a 78% chance of a 100 basis increase, though Oliver said this could be a knee-jerk reaction to the high CPI reading.

“I personally think the Fed will stick to 75 — which is still a high number — if they go to 100 it will look like they are panicking.”

“Only time will tell though, the Fed does have an unconditional commitment to get inflation back down.”

US two-year yields, which reflect interest rate expectations, were last at 3.121%, just off an overnight four-week high, increasing their lead on US benchmark 10 year yields which were at 2.9558%.

Yield curve inversion, when short-dated interest rates are higher than longer ones, is commonly seen as an indicator of a recession, and the gap between the two touched 25 basis points in early Asia.

This also is bad news for Asian economies and stocks.

Carlos Casanova, senior economist at UBP, said a recession in the US would mean less demand for Asian exports, with investors turning more “risk off” and moving money out of emerging markets, and forcing Asian central banks to raise rates themselves to avoid too currency depreciation.

“So far Bank of Korea and the Reserve Bank of New Zealand seem to be competing with each other to see who can be the most hawkish, but all the other central banks are lagging. We will see more rate hikes in Asia, which will lead to a deceleration in aggregate demand, credit growth, consumption and the like.”

Singapore’s central bank also tightened its monetary policy on Thursday, in an off-cycle move hoping to slow inflation, sending the local currency up 0.7%.

Elsewhere in currency markets, the euro was hovering back just above parity with the dollar at $1.00155. It briefly dipped to $0.9998 overnight, breaking below $1 for the first time since December 2002.

The European Central Bank (ECB) faces a dilemma of whether to let the currency fall further, pushing up already record high inflation, or fighting back with more rapid interest rate hikes increasing the damage to an economy already hit hard by high energy costs.

The dollar was also firm against other majors, rising above ¥138 for the fist time since September 1998. The dollar index, which tracks the currency against six majors, was holding firm at 108.45.

Gold faced heavy selling pressure as higher rates hurt the non-interest-bearing asset. The spot price was down 0.5% at $1725 an ounce.