Oil climbs further on unexpectedly large fall in US stocks 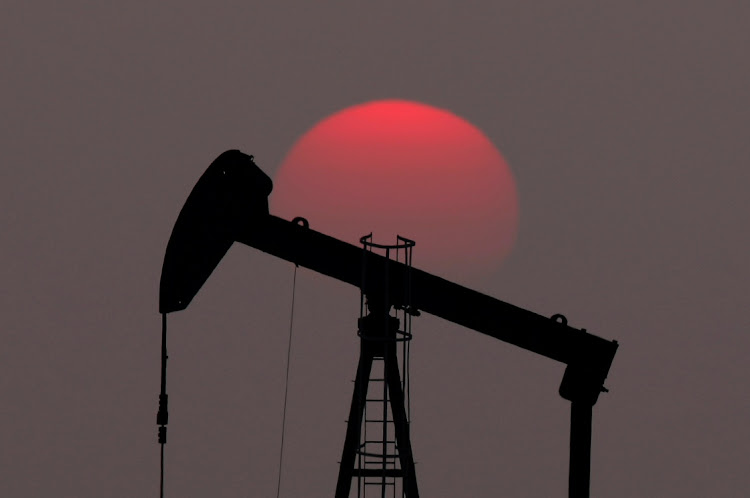 The sun sets behind an oil pump outside Saint-Fiacre, near Paris, France. Picture: REUTERS/CHRISTIAN HARTMANN

Melbourne — Oil prices rose on Wednesday after industry data showed US crude inventories fell more than expected, reinforcing views of a tightening supply-demand balance with road and air travel picking up in Europe and North America.

That was a much bigger drawdown than the 3.9-million barrels which nine analysts polled by Reuters had expected on average.

If official figures from the US Energy Information Administration due later on Wednesday confirm the drawdown, it would be the fifth consecutive week of declines, showing the US market tightening, ING Economics said in a note.

All eyes are on what oil cartel Opec and allies, together known as Opec+, plan to do when they meet on July 1 as they gauge the demand recovery.

Opec+ is discussing a gradual increase in supply from August, but no decision has been made yet on the exact volumes, two Opec+ sources said on Tuesday.

“The producer group once again faces some tough decisions as the market continues to show tightness. Global progress in Covid-19 vaccination campaigns have seen consumer mobility across US, China and Europe recover sharply,” ANZ commodity analysts said in a note.

“However the prospect of Iranian oil hitting the market in the near term has seen Opec remain cautious about increasing supply,” they said.

A retreat in the dollar from a two-month high hit late last week has also helped prop up oil prices, as a weaker greenback makes oil less expensive in other currencies.

US officials have downplayed the threat of inflation, again, but locally SA is grappling with a surge in Covid-19 numbers
Markets
1 month ago

Naspers and Prosus head the losers, dropping the most in six weeks and two weeks, respectively
Markets
1 month ago
Next Article

Brent crude eases below $75 a barrel

Brent crude eases below $75 a barrel