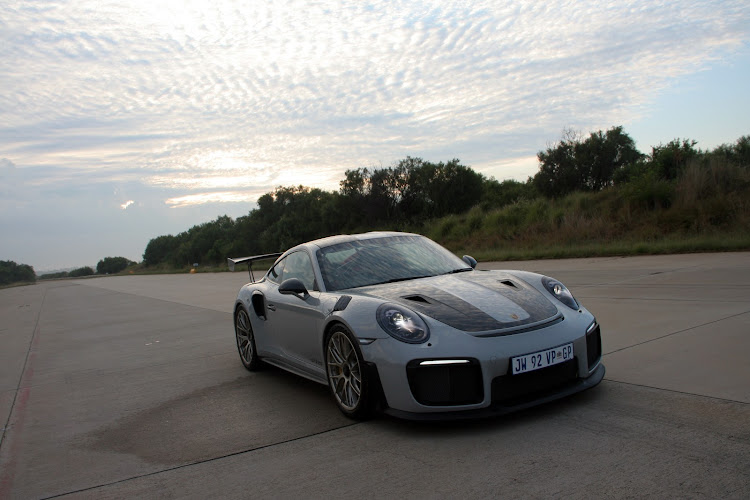 The first time we drove the 340km/h Porsche GT2 RS in 2018 we had to tiptoe it through a rainstorm in the Western Cape. Well, not exactly tiptoe.

Despite its titanic outputs of 515kW and 750Nm, the rear-wheel drive car proved surprisingly adept at putting power to the slippery road, and the drive ended with neither automotive metal nor human pride dented.

We didn’t get to test how quick it really was, so last week we revisited Porsche’s fastest supercar to conduct a performance test at the Gerotek test circuit outside Pretoria, using our Vbox GPS-based equipment.

When we collected the GT2 from Porsche Centre in Johannesburg and it was raining, Christo Kruger, Porsche’s public relations man, pondered whether we’d done something to upset the weather gods.

But thankfully the next morning dawned cool and dry, perfect testing conditions for a car we felt could achieve something special: a sub three-second 0-100km/h time.

Though the 991-generation GT2 RS was recently discontinued and you can only buy one second hand (at a starting price of R5.5m), it is still the most powerful Porsche 911 created to date — until the new 992-generation GT2 RS arrives.

And here was the big moment: with the 3.8l twin turbo flat-six burbling away in the back, I prepared to release the kraken on Gerotek’s long straight.

And like that mythical beast, the car displayed tremendous power and violence. The resultant 0-100km/h sprint in 2.88 seconds was the fastest we’ve yet achieved with our Vbox, and just shy of Porsche’s official 2.8 second claim. 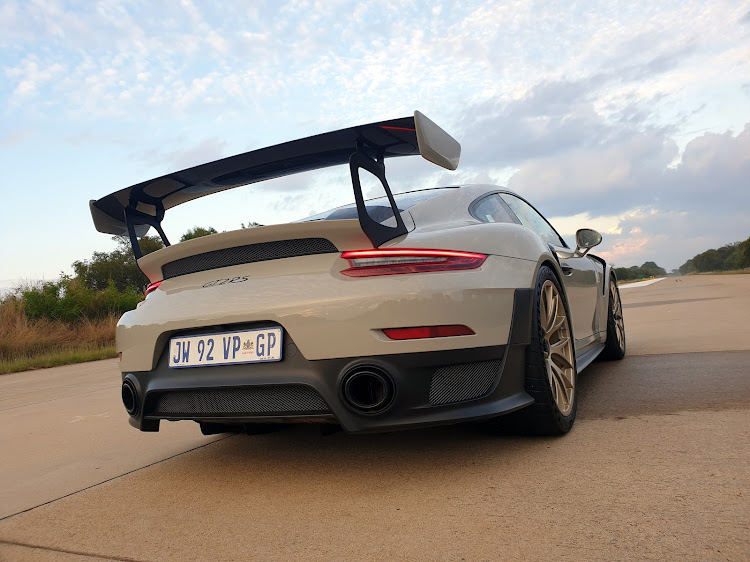 How does it feel to accelerate that quickly? Basically like you’re being tackled into your seat by Siya Kolisi. The violence of it is quite breathtaking; the car gallops forward at such a pace that I felt some lightheadedness from the g-force. It’s an intense experience, amplified by a very raunchy howl for a turbocharged engine.

Using launch control, the car simply grips and goes, with no tyre-screeching histrionics from the grippy 325mm semi-slick rear Michelins. One moment you’re stationary and the next the scenery’s blurring past as you charge towards the horizon with the directional stability of a bullet train.

Just as impressive are the carbon ceramic brakes which perform repeated emergency stops without fading, making them ideal for track use.

Should you be brave enough to switch off the stability control, this rear-wheel drive Porsche can become a handful in corners if you’re too eager with the throttle. I found it best to leave the traction nannies switched on, which quelled tail-snapping waywardness without taking too much edge off the driving experience.

The GT2 RS is a focused sports machine that lacks the civility of the powerful but smoother-riding 911 Turbo S. It has full bucket seats, rear-wheel steering and race-bred suspension that has all chassis joints replaced by steel ball joints for a particularly stiff connection of the suspension to the body.

It makes for a car that feels like a thoroughbred racer, with razor-sharp responses and astonishing road-clinging abilities. It is a thrilling thing to drive in maximum-attack mode. 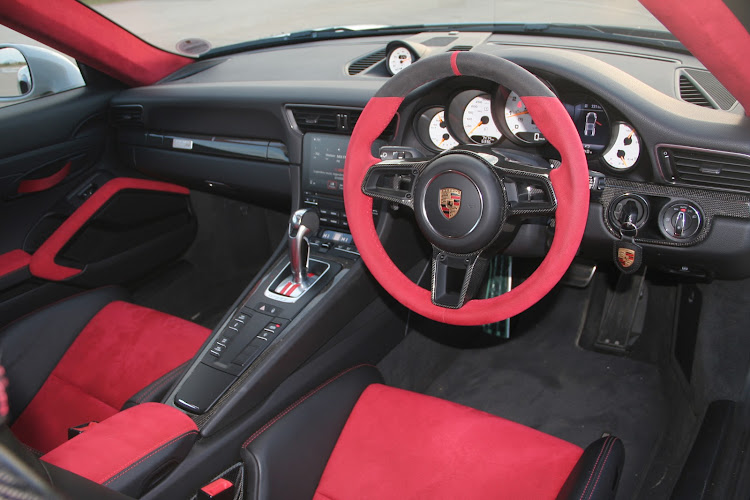 The GT2 RS is not a commuter, except perhaps for hardtail mountain bikers and others who find pleasure in discomfort. The car has a firm ride. Really firm. And there’s a button that makes the suspension even stiffer if you’re chasing laptimes around a racetrack, this Porsche’s preferred playground.

But a new-generation GT2 RS is on the way within the next couple of years, and Porsche’s skunkworks are no doubt working hard to regain the throne in this clash of titans.