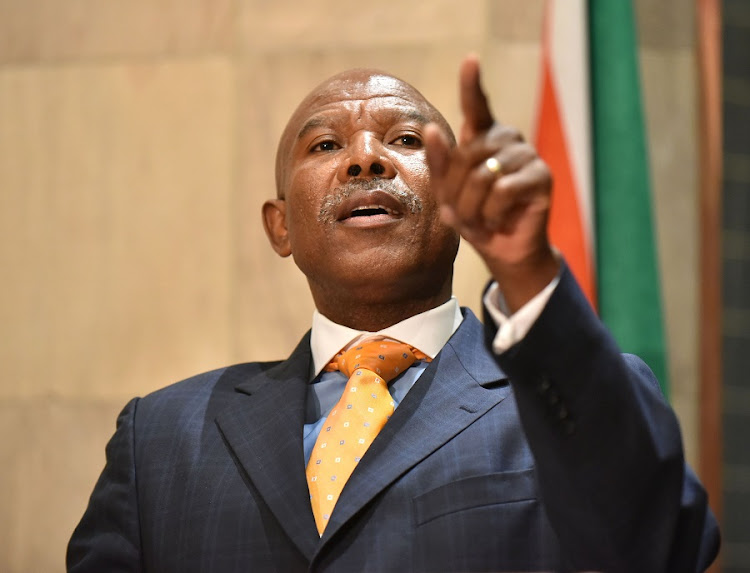 The SA Reserve Bank’s monetary policy committee (MPC) was split by a single vote in favour of keeping interest rates on hold for a third meeting in a row.

Policymakers voted 3-2 to keep the repo rate at a record low of 3.5% on Thursday. Some analysts had argued for a cut to support an economy that is reeling from Covid-19 and renewed lockdowns, while the Bank’s own projections indicate that inflation will stay comfortably within its 3%-6% target range.

It was the third consecutive time where the casting vote was against an interest rate cut. Though the Bank’s internal modelling pointed to potential hikes as soon as the second quarter of 2021, some economists said this was unlikely given uncertainties clouding SA’s economy.

Reserve Bank governor Lesetja Kganyago rejected suggestions that the Bank had been too cautious in its approach. It had been "very aggressive" and 300 basis points of reductions during 2020 had yet to be seen in real economic activity as monetary policy action takes between 12 and 18 months to filter down.

"It’s hardly 12 months since we took our first steps and the effects of that couldn’t immediately be felt because the econ-omy was [in lockdown]," he said at a briefing after the decision.

Based on the Bank’s inflation outlook, SA was set to record negative real interest rates in the months ahead, he said.

The restrictions currently imposed are not as severe as those previously implemented, and "we think that the supply side of the economy should be able to cope", he said. But the "mere existence of the lockdown has impacted business and consumer confidence and could affect the consumer side of the economy".

Though the Bank’s quarterly projection model indicated two hikes of 25 basis points in the second and third quarter, this is "not going to happen", said Citi economist Gina Schoeman.

The sustained split in the members’ votes "reinforces the fact that there is a gap between the thinking on one part of the MPC about how low rates could be", she said. Nevertheless "rates are very unlikely to go lower from here" as "truly compelling data" would be needed to prompt one of the three hawks to change their stance.

Mamello Matikinca-Ngwenya, chief economist at FNB, said there is room for more easing because the "current economic shock has kept demand in the economy very low, and as a result, inflation has remained firmly anchored below the midpoint of the target band".

The Bank’s view on growth was "on the optimistic side", said North West University Business School economist Raymond Parsons.

"Even a small further positive move on borrowing costs would have sent an affirmative message to the economy," he said, adding that the MPC "failed to give the economy the injection of confidence it needs".

Reserve Bank likely to play cautious on rates, but it will be a close call

Inflation slowed in 2020, but economists expect it to pick up and help keep monetary authority in wait-and-see mode
Economy
10 months ago

With the government MIA, the Bank should change repo rate for much-needed injection of confidence
Opinion
10 months ago

LUKANYO MNYANDA: With SA having relegated itself from the premier league, will the Reserve Bank come to the rescue?

Or will we realise again that we should have fixed the roof ahead of the rain?
Opinion
10 months ago