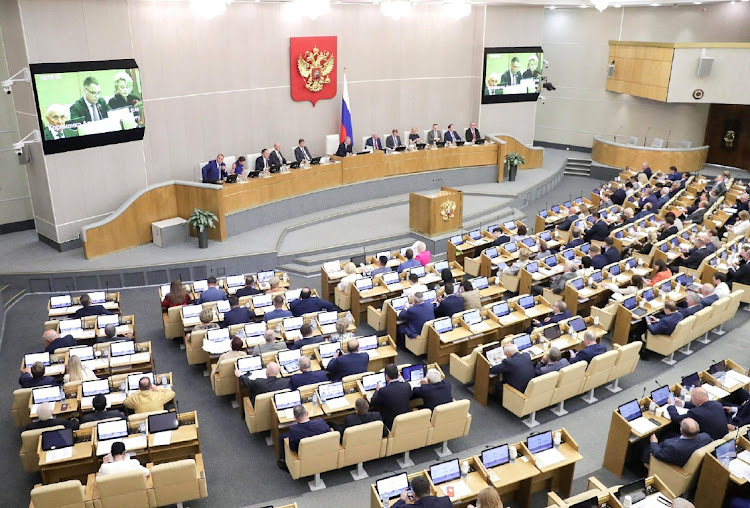 London — Russian legislators on Tuesday gave the first stamp of approval to two bills that would authorise the government to oblige businesses to supply the military with goods and their employees to work overtime to support Russia’s invasion of Ukraine.

Deputy prime minister Yury Borisov told parliament the moves are driven by the need to support the military at a time when Russia’s economy is under “colossal sanctions pressure” from the West, more than four months into what it calls its special military operation in Ukraine.

“The load on the defence industry has increased significantly. In order to guarantee the supply of weapons and ammunition, it is necessary to optimise the work of the military-industrial complex and enterprises that are part of co-operation chains,” he said.

One of the bills — approved in a first reading by the State Duma, the lower house of parliament — said the state could impose “special economic measures” during military operations, requiring firms to supply goods and services to the military at the demand of the government. An explanatory note attached to the bill said the military needs new materials and weapons repairs to pursue its Ukraine campaign.

“The need to promptly meet these requirements, especially in the context of sanctions against Russia and Russian legal entities, will require us to temporarily focus our efforts on certain sectors of the economy ... and organise the supply of resources through state defence procurement,” the note said.

A second bill, also adopted in its first reading, would amend the labour code to grant the government the right to regulate working hours and determine off-days at given companies. This could mean the government could compel employees of businesses providing goods to the military to work at night, on weekends and holidays, and without annual leave.

Both bills were introduced to the Duma by the Russian government. They still need to undergo second and third readings, be reviewed by the upper house of parliament and be signed by President Vladimir Putin to become law.