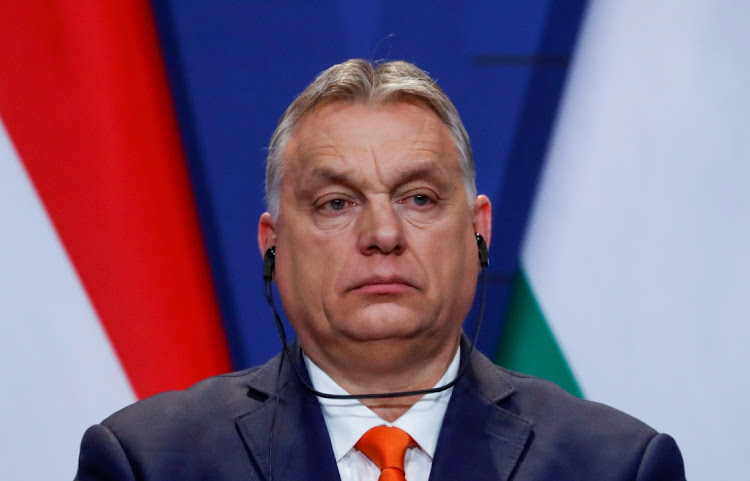 Budapest — Hungary’s government submitted legislation to tweak laws that underpinned its attacks against foreign-funded universities and civil society groups that the EU’s top court struck down for violating the bloc’s rules.

Prime Minister Viktor Orban has waged campaigns against dissenting voices during a decade of consolidating power, including against academia and non-governmental organisations (NGOs). EU leaders in December adopted tougher measures to rein in rule-of-law offenders, including the ability to withhold billions of euros in funding.

One amendment submitted to parliament would scrap legal provisions that the EU’s top court in 2020 said placed “discriminatory and unjustified restrictions on foreign donations to civil society organisations”. Another would amend rules that effectively barred the George Soros-funded Central European University (CEU) from enrolling new students, which the EU court said violated academic freedom and other legal safeguards.

The law forced the formerly Budapest-based university to move its headquarters to Vienna.

While the government’s changes tackle aspects of the EU court’s rulings, they’re unlikely to make concerns go away. On the NGO law, the amendment would allow the state audit office, led by a former legislator from Orban’s party, to conduct probes into groups deemed “capable of influencing public life”. Meanwhile, the higher education law conditions the operation of foreign universities on government consent.

CEU said it won’t be returning its headquarters to the Hungarian capital.

“We will maintain a non-teaching, research presence in Budapest and will never abandon the city, but we will not subject ourselves again to the political whims of one man and his regime,” CEU said in a statement.

Hungary in war of words over German club’s LGBT stance