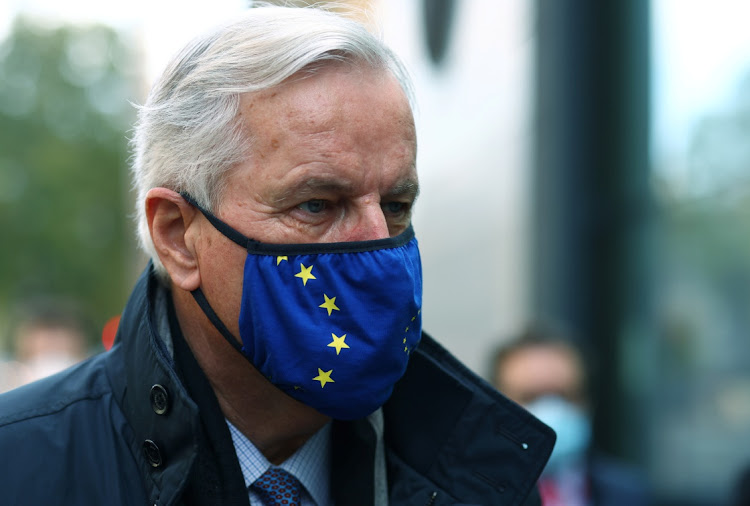 Brussels — The EU has told Britain that it is time to decide what kind of future relationship it wants as EU officials suggest negotiators could strike a post-Brexit trade deal as early as the weekend.

With less than four weeks left until the UK finally leaves the EU’s orbit on December 31, talks snagged late on Thursday, prompting London to signal that chances of a breakthrough were receding.

Ultimately, Prime Minister Boris Johnson, the face of the 2016 Brexit campaign, who is now grappling with Europe’s highest official Covid-19 death toll, will have to decide whether he and Britain would be better off making compromises or walking away.

For weeks, EU chief negotiator Michel Barnier and his British counterpart David Frost have been trying to hash out a compromise on fishing, state aid and how to resolve any future disputes.

As talks go down to the wire, an EU official said that a deal is “imminent” while another official suggested that a deal is days away. One of the officials said EU leaders might have a separate gathering on Brexit this month, most likely after a summit already scheduled for December 10-11.

“The real question is — which political, economic, social project do they want for their own future?” European Council president Charles Michel said. “And this is a question for the British government and for the British people.”

Barnier, who is in London for talks, said Friday is an important day.

As investors try to figure out if the rhetoric is a sign of final haggling or serious trouble, a gauge of how volatile the pound is expected to be over the next week rose to its highest level since March.

Britain formally left the EU on January 31 but has been in a transition period since then under which rules on trade, travel and business remain unchanged. From the end of the year, it will be treated by Brussels as a third country.

If the two sides fail to reach a deal, the five-year Brexit divorce will end in disorder just as Europe grapples with the vast economic cost of the Covid-19 outbreak.

A no-deal exit is the nightmare scenario for businesses and investors, who say it would snarl borders, spook financial markets and sow chaos through supply chains that stretch across Europe and beyond.

“If one side of the table rejects [a tentative agreement], it’s a no-deal,” Michel said. “We will need to assess what will probably be on the table.”

A British source said the EU has disrupted talks by trying to force further concessions. “At the 11th hour, the EU is bringing new elements into the negotiation. A breakthrough is still possible in the next few days but that prospect is receding,” a government source said.

French European affairs minister Clément Beaune told Europe 1 Radio there is still a risk that talks would fail, but added: “I want to tell our fishermen, our producers, the citizens who are listening that we will not accept a deal with bad terms. If a good agreement cannot be reached, we will oppose it. Each country has a veto right, so it is possible ... We will do our own evaluation of this draft deal, if there is one.”

Barnier is likely to update 27 national envoys to Brussels on Friday by video conference.

EU sources said discussions centred on the “level playing field”, meaning agreed principles on state aid and minimum labour and environmental standards, as well as the “effective remedies” that each side could take in case of suspected infringements.

“We are at a critical phase,” British business secretary Alok Sharma told Sky TV. “It is fair to say that we are in a difficult phase, there are some tricky issues still to be resolved.”

THE OBSERVER: Aid cuts are no way to advance ‘global Britain’

Apart from stocking up for lockdowns, Europe and the UK will also soon have Brexit to deal with
World
10 months ago

Time is running out, Britain and EU warn each other

Time is running out, Britain and EU warn each other