‘Two conditions aren’t met yet. Free and fair competition ... and an agreement that guarantees reciprocal access to markets and waters’ 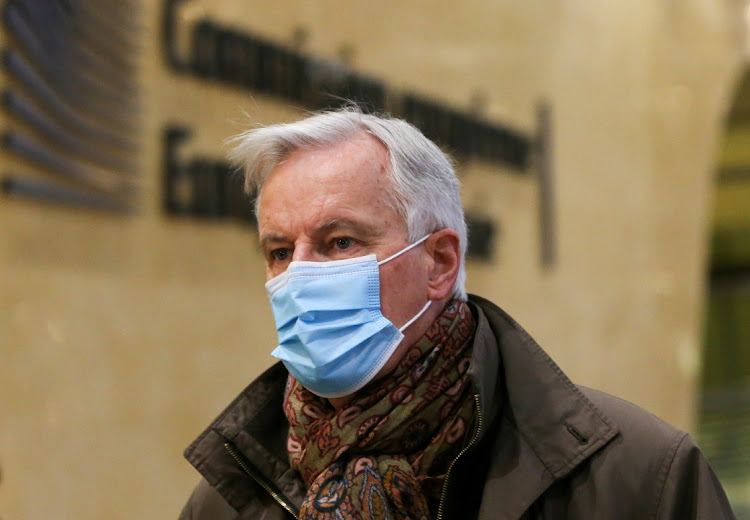 Brussels/London —The EU’s Brexit negotiator, Michel Barnier, said on Monday that sealing a new trade pact with Britain was still possible as the two sides tried to break deadlocks on access to British fishing waters for EU trawlers and corporate fair play rules.

Britain and the EU agreed on Sunday to “go the extra mile” in coming days to try to reach a trade agreement despite missing their latest deadline to avert a turbulent split in trading ties at the end of December.

“We are going to give every chance to this agreement ... which is still possible,” Barnier told reporters on arriving to update envoys from the 27 EU countries in Brussels on the talks. “A good, balanced agreement.”

“Two conditions aren’t met yet. Free and fair competition ... and an agreement that guarantees reciprocal access to markets and waters. And it’s on these points that we haven't found the right balance with the British. So we keep working,” Barnier added.

The estranged allies are racing to seal a new partnership deal to carry on trading freely and govern ties from energy to transport beyond December 31, when Britain completes transition out of the EU after Brexit.

A senior EU diplomat, who took part in Barnier's closed-door briefing, said the negotiator relayed some limited progress on how to settle any future trade disputes.

But the sides remained at odds over state aid provisions and have moved further apart again on fisheries, according to the diplomat, who spoke under condition of anonymity.

Britons voted to leave the world's largest trading bloc in a national referendum in 2016, and pro-Brexit politicians had claimed that reaching a deal would be easy.

While gaps have been narrowing after seven months of tortuous talks, it was not clear if Britain and the EU would be able to clinch an agreement with less than three weeks left, or face economic damage from a no-deal from January 1.

That would damage an estimated trillion dollars worth of annual trade, send shockwaves through markets, snarl borders and sow chaos in supply chains across Europe just as the continent struggles with economic havoc wrought by the Covid-19 pandemic.

French finance minister Bruno Le Maire said on Monday Britain had the most to lose from Brexit.

“The British people will be the biggest losers from Brexit,” he said, calling Brexit “a political, economic and historical folly”.

In London, British business secretary Alok Sharma said the EU and the UK were still apart in Brexit trade talks but Prime Minister Boris Johnson did not want to walk away yet.

“We are of course apart on certain matters but ... we don't want to walk away from these talks,” Sharma told Sky. “People expect us, businesses expect us in the UK to go the extra mile and that's precisely what we're doing.”

Johnson and the president of the EU’s executive Commission on Sunday mandated negotiators to continue, although the British premier sounded a downbeat note on prospects for a breakthrough.

“Any deal that we get with the EU has to respect the fact that we are a sovereign country, an independent country and that’s the basis on which we will do a deal if there is a deal to be done,” Sharma said.

The Bank of England says HSBC, Barclays and other major lenders have sufficient capital to absorb losses in the coming months
World
7 months ago