Many see it as a referendum on Lopez Obrador, his expansion of the state’s role in energy industry and his erosion of institutional checks and balances 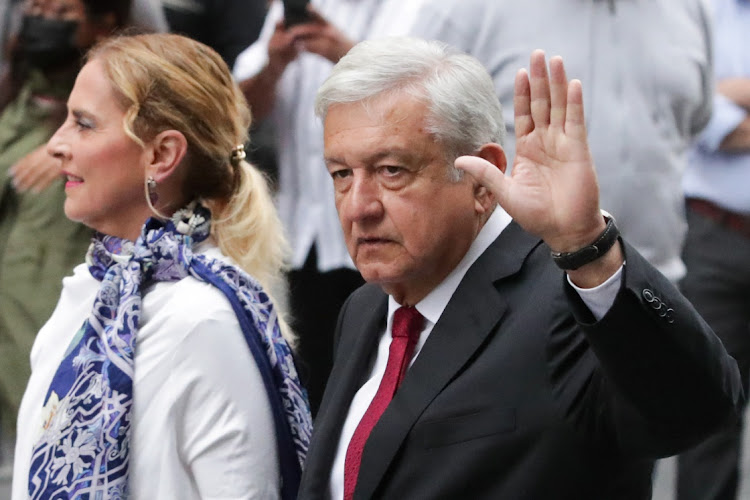 Mexico City — Mexicans headed to the polls on Sunday to vote for a new lower house of Congress, state governors and local legislators, in a race seen as a referendum on President Andres Manuel Lopez Obrador’s policies and efforts to shake up Mexico’s institutions.

All 500 seats in the lower house, 15 state governorships and thousands of local leadership positions are up for grabs, with about 93.5-million Mexicans eligible to vote. The elections have been tinged by the Covid-19 pandemic and vaccine rollout, as well as record criminal violence, with security consultancy Etellekt saying 91 politicians have been killed in this election cycle.

Since taking office in 2018 after a landslide victory, Lopez Obrador has expanded the role of the state in the energy industry and radically cut back on the cost of government to channel resources to the poor and his priority infrastructure projects.

In the process, he has eroded institutional checks and balances and frequently criticised autonomous bodies, including the Bank of Mexico, prompting critics to sound the alarm about a dangerous centralisation of power.

Though voters tend to criticise his government’s record on job creation and fighting crime, they are more sceptical of Mexico’s former rulers, now in opposition. Lopez Obrador has also benefited from the vaccine rollout.

Recent polls suggest his National Regeneration Movement (Morena) may lose some of its 253 seats in the lower house, but is still likely to retain a majority with the help of the allied Green and Labor parties. The Senate is not up for election. That support partly reflects discontent with older parties.

To stay on top in the long term, Morena must improve its record on the economy, officials, legislators and voters say. At least one survey pointed to a tight race with the three opposition parties, the centre-right National Action Party (PAN), centrist Institutional Revolutionary Party and centre-left Party of the Democratic Revolution, that have forged an electoral alliance nipping at the heels of the Morena-led coalition.

Though the president’s name is not on the ballot, a big win “may embolden Lopez Obrador to pursue more interventionist policies and could open the door to constitutional changes”, said Nikhil Sanghani, Latin America economist at Capital Economics.  Sanghani said the president would likely deepen his state-centric policies, especially in the energy sector, in his remaining three years in office.

Lopez Obrador has made reversing his predecessor’s opening of the energy sector a top priority and has bolstered state oil firm Petroleos Mexicanos (Pemex) and national power utility the Comision Federal de Electricidad, often to the detriment of private enterprise.

Duncan Wood of the Washington-based Wilson Center said that Lopez Obrador, who describes his administration as the “Fourth Transformation”, wants to leave a lasting imprint on Mexico’s political landscape.

“To leave a lasting legacy means changing the constitution, because if you change the constitution, it’s a lot more difficult for governments who follow you to change it back,” said Wood, adding the president would likely want to further centralise power in the hands of the executive and federal government over the states.

Lopez Obrador has signalled that he has already carried out the core of his legislative agenda, however, and says that only a few major issues are pending for the second half of his administration.

By law Lopez Obrador can only serve one term, so keeping or expanding a majority in the lower house is needed to accelerate the “structural economic and social transformation the president has been advocating, and pave the way for a friendly political succession in 2024”, said Goldman Sachs economist Alberto Ramos.

In the campaign leading up to Sunday’s election, former president Felipe Calderon, a long-standing adversary of Lopez Obrador, said Mexicans were choosing between “democracy and dictatorship”. Lopez Obrador has repeatedly rejected suggestions that he could turn Mexico into a dictatorship. Calderon, who ruled Mexico for the PAN from 2006 to 2012, said the leftist government of Lopez Obrador had little regard for the constitution or the law.

“If we don’t stop this, we’re going directly to where Venezuela is,” he said in an online discussion in May. For his part, Lopez Obrador has accused Calderon of robbing him of the presidency in 2006 and often pillories him as part of a corrupt political system.

A loss at the ballot box for Morena and its allies, though unlikely, could help moderate Lopez Obrador by creating a new check on his power. But it could also prompt a backlash.

A government review finds that 180,764 died from the disease, up from previous official tally of 68,053
World
3 weeks ago