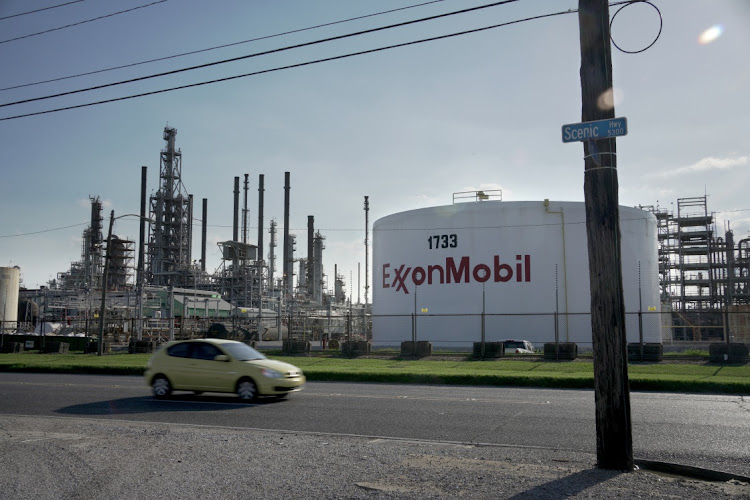 A view of the ExxonMobil Baton Rouge Refinery in Baton Rouge, Louisiana, the US, May 15 2021. Picture: REUTERS/KATHLEEN FLYNN

The constitutional claim — the first of its kind in the English-speaking Caribbean — asserts that oil exploration and production led by US oil major ExxonMobil off the South American country’s coast is unconstitutional, said the case’s lead lawyer, Melinda Janki.

Filed by two Guyanese citizens in late May before the tiny nation’s Constitutional Court, the lawsuit centres on the duty of the state to protect the environment for present and future generations, Janki said.

“We want to know whether this oil production is consistent and compatible with the right to a healthy environment,” she told the Thomson Reuters Foundation.

Janki, an international human rights and environmental lawyer in Guyana, said she hopes the case will encourage others to take similar action.

“This is critical for our sisters and brothers in the Caribbean because they depend, as does Guyana, very heavily on the oceans for livelihoods,” Janki said, adding it is likely to take months for the judge to issue a ruling.

Guyana’s ministry of natural resources and the attorney-general’s office did not respond to e-mailed requests for comment.

The oil consortium led by ExxonMobil, which includes partners Hess Corporation and the Chinese National Offshore Oil Corporation (Cnooc-Nexen), has so far made 18 discoveries, containing about 9-billion barrels of recoverable oil and gas, in Guyana’s Stabroek block, one of the world’s largest reserves.

An ExxonMobil spokesman said by e-mail that the company in Guyana complies “with all applicable laws at every step of the exploration, appraisal, development and production stages”. Assessments for each of ExxonMobil’s projects in Guyana “outline potential environmental impacts and mitigations”, he added.

Vickram Bharrat, Guyana’s minister of natural resources, said in April the government was committed to the “sustainable development” of its oil and gas resources “to enhance the lives of all Guyanese”. Oil production is expected to generate tens of billions of dollars over the years in much-needed revenue for the nation with a population of about 740,000.

Carroll Muffett, head of the Washington-based nonprofit Centre for International Environmental Law, said the Guyana legal case would help “equip and support other people across this region who are fighting similar development” of fossil fuels. “We are seeing a rapid evolution in the law and the foundations of each case become progressively much stronger,” he added.

Fossil fuel companies face growing pressure as activists go to court to hold businesses and governments accountable for the climate change impacts of their operations.

Legal cases have aimed to force governments to shift away from coal, oil and gas, and rapidly increase investment in renewable energy, as well as boost national emissions reduction targets under the 2015 Paris Agreement on climate change.

Last week, a ruling against Royal Dutch Shell a Dutch court ordered the energy giant to reduce its planet-warming carbon emissions 45% by 2030 from 2019 levels. Shell said it will appeal against the decision.

Dennis van Berkel, legal counsel for the Urgenda Foundation, a Dutch environmental group, said the ruling was “groundbreaking”, showing that litigation is proving to be one of the “most effective tools” to enforce action in fighting climate change.

“Human rights and constitutional obligations still primarily rest on the state,” he said. “However, fossil fuel companies will see that they can’t get away with just saying, ‘well, we are doing what the law requires [of] us’.”

“We expect to see these kinds of principles used and developed further in cases brought before courts across the world,” he said.

Such principles are already well established in Latin America, where a large share of countries have constitutions and regulations that recognise the right of citizens to a healthy environment and the rights of nature such as rivers and ecosystems.

Caio Borges, co-ordinator of the law and climate programme at the Brazil-based Institute for Climate and Society, said many South American countries already “have really good laws and environmental safeguards”.

“Of course, there’s a big gap and mismatch between the formal legal rules and the on-the-ground enforcement of these rules,” he added.

Climate cases in Latin America have often been brought forward by indigenous peoples against the state for failing to protect the environment, including the carbon-storing Amazon rainforest spread across eight countries in the region.

Borges said he expects an increase in litigation as citizens put greater pressure on governments to curb rising deforestation and accelerate action on climate change.

“In Brazil and in other countries of the Amazon, these cases will mainly be focused on land use,” he said. “[They] will discuss how the preservation of the forest is essential for the achievement of climate commitment goals.”

He predicted growth in climate litigation against governments and companies in resource-rich countries such as Colombia, Peru, Ecuador and Brazil that rely on mining and oil revenues, with youth activists playing a bigger role.

While climate cases in Latin America have so far mainly focused on holding governments to account, one Peruvian farmer has taken on German utility company RWE.

Saul Luciano Lliuya, from the town of Huaraz under the Palcaraju glacier that is pushing the waters of Lake Palcacocha higher, sued RWE in 2015 over its role in fuelling global warming. Lliuya has argued that greenhouse gas emissions from RWE’s coal-fired power plants are partly to blame for melting the glacier, producing water that threatens to flood his home.

In some Latin American countries, in particular Brazil, attempts are under way to weaken environmental regulation, Borges said. “There is now a movement [across the region], which involves both state and corporate actors, lobbying governments to reduce the level of protection ... so a lot of this litigation is to seek the enforcement of existing rules,” he added.

Bangladeshi farmers have suffered losses of $39m according to group, with scientists looking at heat-tolerant varieties as food insecurity grows
World
1 year ago

We are an energy-short country, says the deputy chair of the Presidential Climate Change Coordinating Commission
National
1 year ago