For traders who had their post-pandemic strategy figured out, this sudden murkiness will rightfully cause them to rip up their playbooks 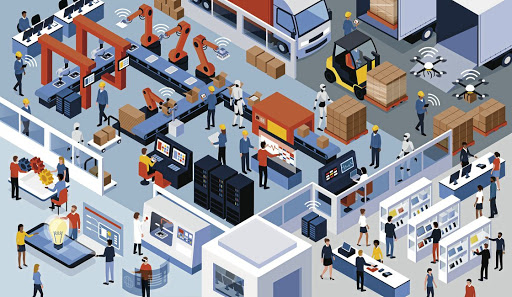 This was supposed to be a US jobs report for the ages. One million more Americans were expected to be added to nonfarm payrolls — and perhaps even two-million — in a sign that the world’s largest economy was breaking out of the Covid-19 pandemic.

Instead, when the dust settled, it looked as if the US labour market had hardly made any strides forward — and certainly nothing close to the Federal Reserve’s benchmark of “substantial further progress.”

US employers added just 266,000 workers in April, missing all estimates in a Bloomberg survey of economists that pegged the median gain at one-million. The increase of 916,000 jobs in March was revised down to 770,000, meaning that the net number of people employed over the past month, relative to what was known just hours ago, was a mere 120,000. Hiring was so sparse, in fact, that the unemployment rate increased in April to 6.1%, the first time it has moved higher since April 2020. All told, it was in all likelihood the biggest downside miss ever relative to estimates for the most-watched economic data release in the world.

There was very little good news from this report, and the immediate reaction in the $21.5-trillion US Treasury market reflected that reality. The benchmark 10-year yield tumbled more than 10 basis points to 1.464%, the lowest in more than two months, before paring the move somewhat. Bond traders rushed to push back expectations for when the Fed would start raising interest rates, with eurodollar futures shifting the first full quarter-point rate hike to June 2023 rather than March 2023.

That kind of knee-jerk move, particularly when it comes to short-term rates, makes sense and should hold for now. This week made clear that Fed officials are hyperfocused on the employment-to-population ratio, colloquially referred to as “EPOP,” as an indicator for when the labour market has made “substantial further progress” towards the central bank’s goal of full employment.

Richmond Fed president Thomas Barkin, hardly known as a monetary policy dove, noted on Monday that when it comes to EPOP, “where we were in February of 2020 was 61.1, so I want to see substantial progress towards getting to 61” before considering tapering asset purchases.

New York Fed president John Williams added that EPOP is “one measure that I find useful” and that “it’s still more than three percentage points below pre-pandemic levels. That difference translates to about eight and a half million fewer people working, close to the statistic I cited on the number of lost jobs that is based on a survey of employers.”

EPOP managed to increase only marginally in April, to 57.9% from 57.8% previously. That’s obviously not the kind of move that will make the Fed in any sort of hurry to lay out its plans for tapering bond purchases. It’s doubtful that this jobs report will qualify as another in a “string” of strong data that chair Jerome Powell has said he’d like to see as an indication that the central bank is well on its way to reaching its employment and inflation goals.

“For all those people who’ve been saying, ‘Oh my gosh, the Fed needs to normalise quantitative easing,’ today’s jobs report is just an example of, we have a long way to go, and let’s not prematurely declare victory,” Minneapolis Fed president Neel Kashkari said on Bloomberg TV after the jobs data was released.

The benefit of EPOP is its simplicity. The sometimes fine line between who is in or out of the “labour force” has long been a criticism of the headline unemployment rate. What should be a simple question — how the government measures unemployment — requires a nearly 6,000-word explanation on the labour department’s website. Especially during the pandemic, when things like workplace safety and child care needs may cause many Americans to be considered out of the labour force rather than unemployed (which artificially lowers the jobless rate), EPOP gives an arguably more comprehensive look at where the economy stands relative to pre-Covid-19 levels.

It’s going to take some time to understand exactly what caused this big miss. Some analysts were quick to suggest that federal unemployment benefits, coupled with lingering health risks, were skewing the cost-benefit analysis for some workers to return to their previous jobs. Others pointed their fingers at companies that haven’t sufficiently increased wages to entice people to come back. Then again, the leisure and hospitality industry experienced some of the biggest job gains — 331,000 in April — and wages for those workers soared 6.8% from a year ago in the biggest jump in more than a decade. There’s no perfectly clear narrative.

For traders who had their post-pandemic strategy figured out, this sudden murkiness will rightfully cause them to rip up their playbooks — look no further than the sharp bounce in tech stocks, even the high-fliers that seemingly couldn’t catch a break. The complacency and consensus around the reopening story has been shattered.

Bloomberg Opinion. For more articles like this, please visit us at bloomberg.com/opinion

In a sign the US jobs market recovery is accelerating, weekly claims drop to a pandemic low of 498,000 last week
World
4 months ago

However, some companies say independent contractors enjoy the flexibility and freedom that come with not being an employee
World
4 months ago
Next Article