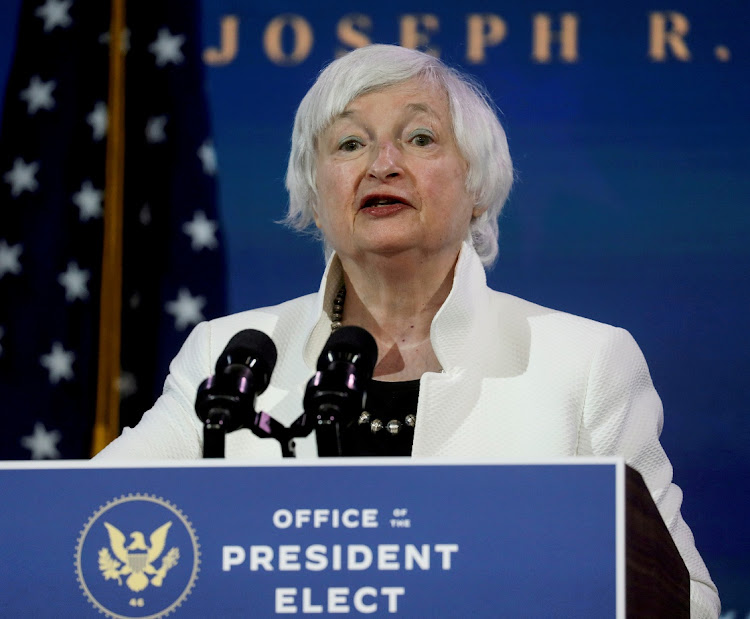 US treasury secretary Janet Yellen ruffled financial markets on Tuesday with a comment economists regarded as self-evident — that interest rates will probably rise as government spending ramps up and the economy responds with faster growth.

“It may be that interest rates will have to rise somewhat to make sure our economy doesn’t overheat,” Yellen said in an interview with the Atlantic recorded on Monday that was broadcast on the web on Tuesday. “It could cause some very modest increases in interest rates.”

It was a rare remark on the outlook for interest rates by a cabinet member, who in recent history — aside from the very notable exception of former president Donald Trump’s administration — tend not to veer anywhere close to the jurisdiction of the Federal Reserve. Yellen, herself a former Fed chair, was more likely referring to market interest rates than central bank policy rates, Fed watchers said.

Stocks, already down for the session, slid further after Yellen’s remarks, while Treasury yields pared losses and the dollar hit its high of the day.

Investors aren’t expecting the Fed to boost its policy rate for years to come, and Fed chair Jerome Powell last week underscored it’s not time yet to contemplate paring back on asset purchases. Any hint that a less-easy Fed is on the immediate horizon would have major implications for markets.

The current administration has been careful to avoid a pattern of commenting directly on Fed policy in the way Trump did, with President Joe Biden even saying in April he hadn’t met with Powell, out of respect for the central bank’s independence.

“I don’t think she was making a statement about monetary policy,” said Roberto Perli, a former Fed economist who is now at Cornerstone Macro. “I’m inclined to read it in terms of longer-term rates — in which case it’s a fairly innocuous statement.”

The comments come amid a debate on whether Biden’s raft of proposed and enacted government spending could spur a surge in price pressures. Administration and Fed officials both have consistently dismissed concerns over accelerating inflation. They’ve argued that price gains expected this year will be largely transitory, and that the central bank has tools to contain any persistent effects.

“It should not come as a shock that the two very large spending bills being contemplated would push longer-term interest rates higher”, either through stronger economic growth or by changing expectations among investors for when the Fed will raise rates, said Michael Gapen, chief US economist at Barclays . “That’s consistent with what markets would say.”

Gapen said he didn’t think the comments represented a preference for how the Fed should be managing the impact of government spending.

Yellen has an opportunity for further comment on Tuesday, with a scheduled live interview at a Wall Street Journal event at 4pm Washington time.

When Fed officials last issued projections, in March, they forecast no move in interest rates until at least 2024.

Yellen insisted that the heavy spending Biden is calling for would provide a net benefit to the economy, even if interest rates do go up.

“These are investments our economy needs to be competitive and to be productive, and I think our economy will grow faster because of them,” Yellen said.

The Biden administration has proposed additional spending packages totalling about $4-trillion on top of the $1.9-trillion it pumped into the economy beginning in March to combat the impact of the Covid-19 pandemic.

Biden urged Republicans who have so far resolutely opposed him to help pass a wide array of contentious legislation from taxes to police reform, gun ...
Business
1 week ago