From watching Scooby-Doo with a young daughter to obsessively watching TV until there is no new news, it’s a mixed bag 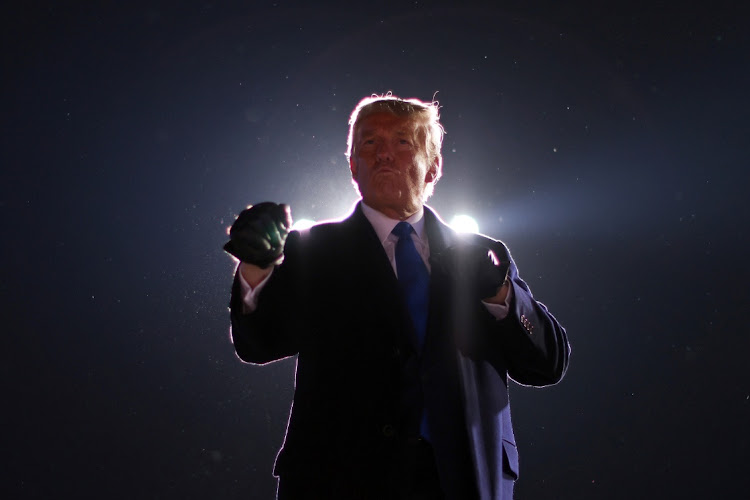 As the world waits for the results of the US election, people are wondering how to spend their day: obsessively watching cable news and doom-scrolling the internet, or distracting themselves with Netflix and the great outdoors?

We wondered too, and we asked the luminaries in tech how they plan to pass the hours. A few even answered us.

“In all honesty, I’m planning on working a regular day,” said Barrett, who, in October, wrote a memo to more than 10-million Expensify customers urging them to vote for Democratic nominee Joe Biden. Barrett’s memo was one of the most strident political statements from a private sector chieftain this election cycle.

After the work day, Barrett is planning to spend time with his 6-year-old daughter, he said. “[I’ll] maybe grill us a steak and veggies, probably play Minecraft with her for a while, watch some Scooby-Doo, eat some ice cream, read her two books in bed.” Later, “I’ll fix myself an Old-Fashioned [cocktail], watch some Netflix, then go to bed without checking the election results, if I can help it.”

Barrett said he isn’t expecting final results on Tuesday night, adding, “If the world collapses, I’m sure it will let me know.”

Leone is an investor in TikTok, the smash-hit social network that’s recently become a political football, as well as a donor to President Donald Trump’s re-election campaign. “I may bore you to death,” Leone said in an e-mail, “but there are zero plans to do anything or to speak with anyone” on election night. “If I can stay up, I will, but there is a 50/50 chance I will fall asleep before the winner is announced.”

Lerman, who spoke out in support of the Black Lives Matter movement this summer, gave Yext’s US employees the option to take the day off to cast their ballots. But “I already voted so I’ll be working”, he said in an e-mail. After the day’s over, “I’m making a little evening of it. I’ve invited a couple of others over, and we’ll camp out until midnight. I’m likely ordering some Dim Sum to power us along the way.” When the night wraps up: “I shall tweet my congratulations to the winner,” adding that he “sincerely” hopes that there is one.

While some people might try to get some distance from the news, Khan, the former chief strategy officer of Snap, is going with an immersion approach. “I’ll be following the election results on both TV news and Twitter,” he said in an e-mail. “I usually keep an eye on all the major news channels, and I also want to hear what people are saying on the ground via social media.” As for waiting it out until there’s a winner, Khan said he’s prepared to stay up until 1am or 2am to find out what happens.

“It’s a really important and consequential election. So I’d like to stay up as long as physically possible to learn the results.”

Bodnick and his family plan to watch the returns with another couple and their son. “I’m not taking the day off,” he said in a message, but added that he’ll be “writing and reading about the election all day”. He expects the night to be tense: “We’re extremely anxious — so much is at stake. It would be terrifying if Trump won — an absolutely catastrophic outcome for our country. Of course, we’re also worried that Trump will try to steal the election if the window is open at all.”

Johnson, who runs agriculture tech company GrainBridge, plans to “avoid actually reading the news all day”, he said via text. Instead, he will take a mellower approach, going to work “like normal”, then going to yoga “like I usually do on a Tuesday”, followed by a night of watching Lost (“I’m in the middle, don’t spoil it”) or maybe Schitt’s Creek “because I need a comedy”.

He added: “I’m just so, so, so burnt out on politics right now and I can’t wait until it’s over.”

Srinivas is planning to visit a work friend’s house after her last meeting at 5pm on the West Coast, around when East Coast polls start closing, “so I’m wondering if I should reschedule, but will likely wrap that up as soon as I can”, she wrote in an text message. “I can’t vote in this election as I’m not a US citizen, but the results have pretty serious implications for my life and career. I’ve already had severe slowdowns in my immigration paperwork in the last year due to a mix of Covid-19 shutdowns and the Trump administration’s policies, and a lot hinges on what happens in the elections.”

She plans to stay up “till no new news emerges”, and that might be all night. “I’ve cleared the morning for Wednesday.”

Levie, who runs online data storage company Box, will be following the election results “obsessively”, he said in an e-mail, and has been since “about 10 days ago when early data and stories began to appear”. He said he’ll be working throughout the day and that his employees are “encouraged to take all the time they need to vote or volunteer”, but he also plans to be in bed at a “normal time, so hopefully things are fully wrapped up by 2am”.

Neumann has kept a low profile since he resigned from WeWork following the company’s failed initial public offering (IPO), but he’ll be following election results on Tuesday, according to a person familiar with his plans who asked not to be identified discussing private details.

Neumann will probably be spending the day flipping between MSNBC, CNN and Fox, the person said, then monitoring the news for information on voter turnout and demographics, hoping for a peaceful election. In the evening, he’ll also watch for results on down-ballot races to see if Democrats flip the Senate.

Biden leads most polls but the contest is closer in swing states that decide elections including Florida, North Carolina and Pennsylvania
World
11 months ago

Trump has, in effect, saddled himself with the blame for any more layoffs and market losses in the final weeks before the US election
World
11 months ago