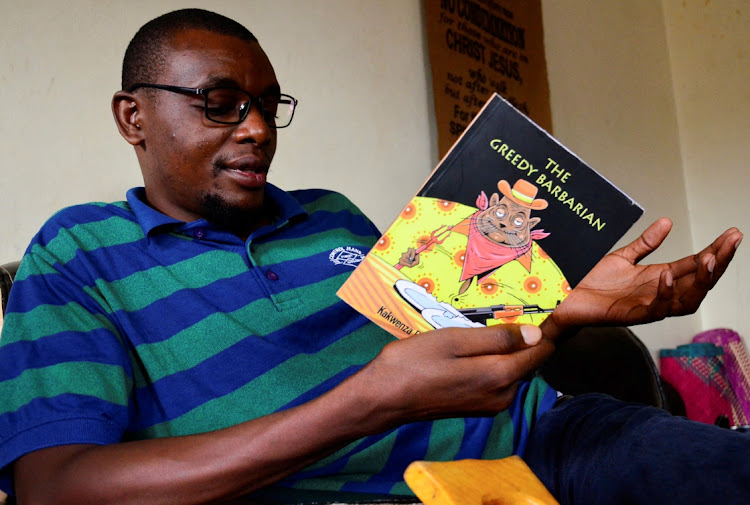 Kampala — A Ugandan writer and critic of long-ruling leader Yoweri Museveni has been charged with communications offences related to tweets critical of the president and his son, the charge sheet showed on Tuesday.

Kakwenza Rukirabashaija has been in detention by the military since December 28 when armed men broke into his house and took him away.

His lawyer has said he has been tortured and that at one time he was urinating blood. Police and military have not responded to the allegations of torture.

He was charged with “offensive communication”, the charge sheet showed. It cited his tweets in December that were critical of Museveni and his son, Muhoozi Kainerubaga, a general and commander of land forces in the military.

Rukirabashaija, the charge sheet said, “wilfully and repeatedly used his Twitter handle ... to disturb the peace of his excellency the president of Uganda Gen Yoweri Kaguta Museveni with no purpose of legitimate communication”.

He was remanded and is expected to be brought to court again on January 21.

Rukirabashaija has written several books and his most acclaimed is a satirical novel The Greedy Barbarian for which he won the PEN Pinter Prize International Writer of Courage award in 2021.

The novel tackles themes of corruption and greed, and has widely been interpreted in Uganda to refer to the political life of Museveni. He has previously been arrested and questioned by the military about whether the novel was about Museveni.

His detention and allegations of torture have drawn criticism and pressure to release him from local activists and international diplomats and rights defenders including the US Senate foreign relations committee ranking member, Jim Risch, and Eamon Gilmore, EU special representative for human rights.

“I’m alarmed by reports of alleged torture and incommunicado detention of author ⁦@KakwenzaRukira,” Gilmore tweeted on January 5 and demanded his release.

Days before he was detained, Rukirabashaija posted several comments critical of Museveni and Muhoozi, including one in which he said Muhoozi was “obese”, assailed his military credentials and denounced the purported plans to have him succeed his father.

The UAE rejects any involvement in illegal practices, while African exporters say tons of their gold goes missing in Dubai every year
Companies
3 weeks ago