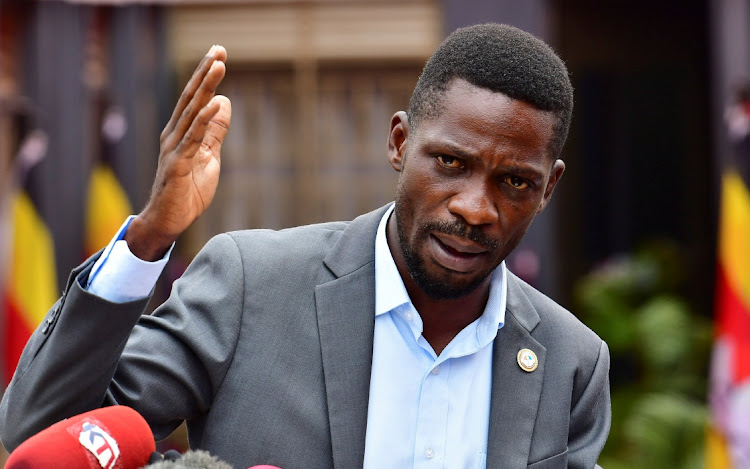 Museveni, a former guerrilla leader who has led the East African country since 1986, was declared the winner of the January 14 election with 59% of the vote, while Wine was given 35%.

Wine, whose real name is Robert Kyagulanyi, has rejected the results and said he believed victory was stolen from him. A pop star and legislator, Wine, 39, asked the court to overturn the results on several grounds including widespread use of violence.

“We have decided to withdraw from their court,” Wine told a news conference in the capital Kampala. “The courts are not independent, it is clear these people [judges] are working for Mr Museveni.”

He cited as proof the court’s decision to reject an application he had made to file additional evidence he said showed pre-ticking of ballots, false tallies of ballots, impossibly high voter turnout and other irregularities.

Wine said some of the court’s judges had met Museveni several times since he filed the petition and some of the meetings had been secret. “We are convinced that the Supreme Court has a predetermined mind,” he said.

Solomon Muyita, a judiciary spokesperson, told Reuters judicial authorities would respond to Wine’s accusations and decision to withdraw the case when he had formally quit the case through his lawyers.

“Right now what he has done is, he has made a political statement, as far as the records of the Supreme Court are [concerned] the case is still there,” he said.

Wine has galvanised a large following among young people in the East African country. However, a crackdown by security forces on his supporters over the past few months has left dozens dead and hundreds detained. Wine and other leaders of his National Unity Platform party have also accused security forces of traversing the country and abducting and torturing his supporters. The police have said they are investigating all reports of disappearances.

Last week soldiers beat and seriously injured journalists as they covered Wine delivering a petition to the UN human rights office in Uganda that requested an investigation into alleged human rights abuses.

Discontent in countries such as Sudan, Algeria and Zimbabwe could spread across the continent
Opinion
9 months ago

Poverty, unemployment and a lack of opportunity have driven women into the traditionally male-dominated world of artisanal mining in Kenya
Features
9 months ago
Next Article