Zimbabwe appeals for $612m it needs to recover from Cyclone Idai 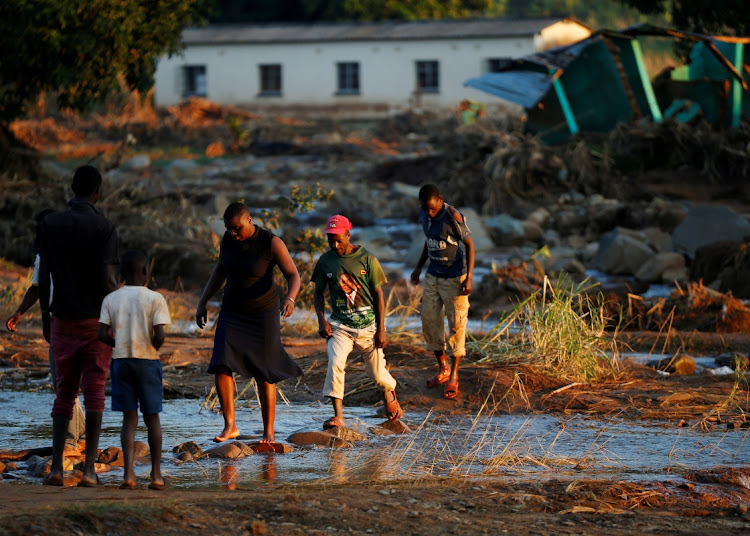 Zimbabwe’s government said on Tuesday  it needed $612m  for humanitarian assistance and reconstruction of infrastructure after Cyclone Idai devastated the eastern part of the country in  March.

More than 344 people died and thousands have been reported missing after the cyclone ravaged parts of Zimbabwe, Mozambique and Malawi.

“The president signed our appeal document. It details what we believe we need, which  amounts to $612m (of domestic and international aid),” local government minister July Moyo said on Tuesday.

According to the document, $155m is needed for logistics and emergency communication to get help to affected communities.

A further $292m is needed for food and nutrition to about 100,000 people in the hardest hit area of Chimanimani; $75m is required for emergency shelter; and  $51m has been budgeted for water sanitation and hygiene.

Other funds have been budgeted for rebuilding schools and hospitals,  as well as psychosocial support.

The cyclone has also set back  Zimbabwe’s agricultural sector.

The government will import grain after it recorded a poor harvest of 714,958 tonnes, putting further strain on the country’s battered economy.

The 2019 harvest is one of the country’s lowest in years and will put pressure on the government to channel its scarce foreign currency reserves to feed about 5-million vulnerable people.

Zimbabwe’s situation is so dire,  Mutsvangwa said, that  the government was considering feeding its vulnerable citizens with sweet potatoes as a substitute for maize meal, the country's staple.

She said the poor harvest was a huge concern for government.

“Cabinet is seized with the fact that there won’t be enough grain, so there are a number of interventions, like growing winter maize for example and making sure that we increase production of potatoes and  sweet potatoes, and to consider the possibility of importing.”

Mutsvangwa noted that while the country had some grain in its strategic reserves, its food stocks would not last until the next harvest, adding that “the government is seized and alive to the fact that food security is the number one issue that affects the citizens”.

The government also reviewed upwards the producer price of maize to $726 RTGS dollars, up from $390, to encourage farmers to deliver grain to the state’s grain marketing board.

Emmerson Mnangagwa says the real time gross settlement currency is not real money, as it continues to fall against the US dollar
World
2 years ago

Prices of staples, including sugar, cooking oil and rice, have risen as much as 60% since the RTGS dollar was introduced in February
World
2 years ago
Next Article