Small gold operations dump more than 30 tonnes of mercury in rivers and lakes in the Amazon region every year, according to a study 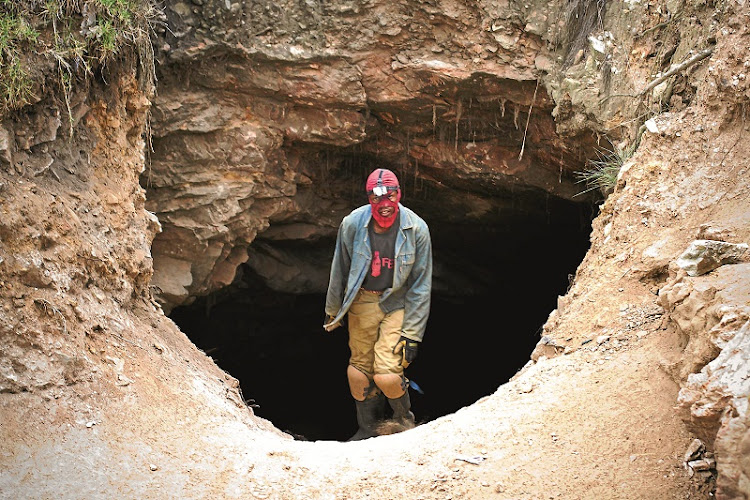 An illegal miner at Durban Roodepoort Deep. Picture: THE TIMES

Santiago/Rio de Janeiro/Johannesburg — The gold rally fueled by the US-China trade war is unleashing a growing wave of illegal miners who are increasingly pushing into fragile environments that range from Latin America’s Amazon to SA.

Bullion has surged 18% over three months to the highest in six years. While that’s good news for mining companies, it’s spurring a burst of illegal prospecting that has helped fuel drug trafficking and organised crime within some of the world’s top gold-producing regions.

In the Yanomami indigenous lands along Brazil’s border with Venezuela, the number of illegal miners has grown 10-fold since December to 20,000, according to Instituto Socioambiental, which monitors native groups. The miners are emboldened by President Jair Bolsonaro’s rhetoric on the area’s mineral wealth, and enabled by authorities that have lowered their guard. But the risk wouldn’t be as attractive without the price surge.

When prices rise, “it’s not just gold mining that increases”, said Livia Wagner, who authored a 2016 report by the Global Initiative Against Transnational Organised Crime. “It’s demand for sex workers — women and young girls — uncontrolled use of mercury, the killing of indigenous people, and the arrival of well-organised crime cartels.”

Minerals Council SA estimates 14,000 people are involved in these syndicates, with trade in illegally mined precious metals estimated to be about R7bn annually

In general, miners are considered illegal when they fail to get proper permits, work in environmentally protected areas, use heavy machinery without oversight, fail to pay taxes or employ workers without contracts.

A third of the gold exported from Latin America in 2013 was mined illegally, Wagner’s report found. The value at the time: about $6.9bn. Meanwhile, the cost to local communities is what really stands out, starting with the environment.

Mercury is mixed with gold to help remove the natural impurities scooped up along with the precious metal by small mining operations. The two elements naturally form an amalgam that’s heated up. When the mercury dissolves, gold that’s now largely unadulterated is left behind. But the heating process releases noxious fumes into the air, and leftover mercury, too, often works its way into the soil and local waterways.

Small gold operations dump more than 30 tonnes of mercury in rivers and lakes in the Amazon region every year, according to a study by the Carnegie Amazon Mercury Project quoted in Wagner’s report. Exposure can cause cancer, neurological damage and, potentially, shock and death.

“The animals are dying, the fish are dying, the river is polluted by mercury, and the mercury is also damaging the Yanomami people’s health, causing stomach pains and diarrhea,” said Dario Kopenawa Yanomami, vice-president of the Hutukara association that represents the indigenous group. “That’s happening today.”

Devastation of the Amazon

The indiscriminate use of mercury by gold miners around Puerto Maldonado in Peru, the world’s sixth largest gold producer, has wrecked the Amazon’s lush vegetation.

Through the years, miners have devastated an area of the Peruvian Amazon that’s almost five times the size of Manhattan. Meanwhile, Peru’s government has seen limited success containing illegal mining, despite raids by armed forces. More than 90% of the gold there is mined illegally, but the government has so far formalised just 5,000 miners out of the 300,000 operating in the country, according to estimates by Lima-based consultancy Macroconsult.

Overall, there’s probably about 2,300 illegal mining sites in and around the ecologically- sensitive Amazon rainforest, with most located in Venezuela, according to the Amazonia Saqueada dabatase that includes data compiled by a wide association of NGOs.

Trouble with illegal miners is not exclusive to Latin America, though. In SA, for instance, illegal miners are a law unto themselves. The criminal syndicates are called “zama zamas,” a Zulu name for “take a chance”. They are armed, and often dig their way into underground shafts where they illegally mine for days or even months at a time, according to James Wellsted, spokesman for Sibanye-Stillwater.

Minerals Council SA estimates 14,000 people are involved in these syndicates, with trade in illegally mined precious metals estimated to be about R7bn ($470m ) annually.

“Confronting them underground could lead to fatalities,” Wellsted said by phone. “There is also a broader environmental and social impact. They are a source of terror in some of the communities around the mines.”

These were familiar scenes years ago in Puerto Maldonado, the capital of Peru’s Madre de Dios region, said Fred Inti, a businessman and the vice-president of the city’s chamber of commerce. The government’s attempt to crack down on illegal mining hasn’t stopped desperate people from flooding in.

“They have moved away from traditional mining areas and deep into the Amazon,”Inti said. “They work in places where the law can’t reach them and they don’t care if these are protected areas.” As long as there are gold buyers from Miami to Moscow, he said, “illegal gold mining will keep thriving”.

Gold miners shine as bullion pushes to a five-year high

Gold miners shine as bullion pushes to a five-year high