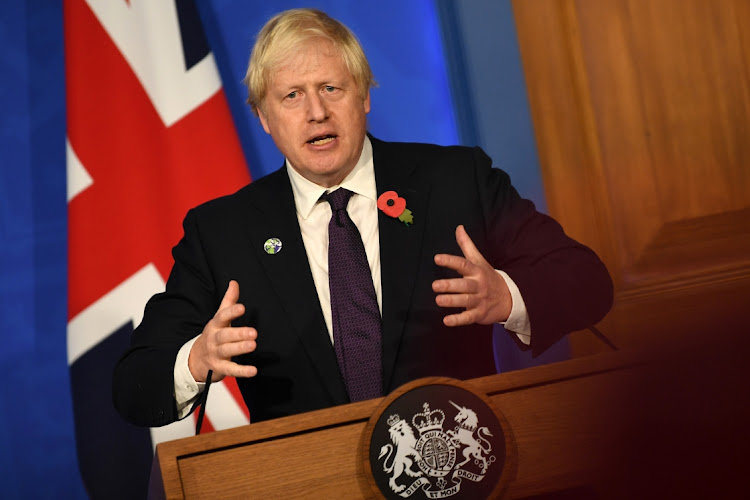 British Prime Minister Boris Johnson told SA President Cyril Ramaphosa that he would work to reopen international travel after Britain stopped flights from SA due to the spread of a new coronavirus variant.

SA has said that the travel ban is unjustified, and Britain did not engage with the country before introducing the flight ban.

“The prime minister spoke to President Cyril Ramaphosa of SA this afternoon. They discussed the challenges posed globally by the new Covid-19 variant, and ways to work together to deal with it and reopen international travel,” Johnson's Downing Street office said.

Health minister Joe Phaahla described the bans by a range of countries, including Australia and the US, as “knee-jerk reactions” which didn’t make any scientific sense.

South African researchers first confirmed on Thursday that a new variant had been identified. It was initially referred to as B.1.1.529 until it was named Omicron by the World Health Organization (WHO).

“This variant has a large number of mutations,” the WHO said in a statement on Friday. “Preliminary evidence suggests an increased risk of reinfection with this variant,” which has since been declared a variant of concern.

While more research was needed to fully understand how the variant responds to vaccines, Phaahla told reporters there were strong indications they were effective.

“The data, however, is small and early,” said Professor Ian Sanne, member of the ministerial advisory committee. “We have additional people hospitalised, but the overall impression is that the ratio of vaccinated to unvaccinated is 4:1 at this time. People should still go out and get vaccinated.”

The Presidency confirmed it had moved a meeting of the National Coronavirus Command Council (NCCC) up to Saturday.

The meeting, initially scheduled for Sunday, would assess recent developments “including scientific updates around the newly detected coronavirus variant”.

Belgium confirmed one case of the new Covid-19 variant in someone who travelled from abroad as countries across Europe halted air travel from ...
News
1 month ago

The meeting had been scheduled for Sunday amid rapidly increasing Covid-19 cases across the country, particularly in Gauteng
National
1 month ago

Early indications are that the Covid-19 vaccines are effective against the new variant, ministerial advisory committee member Prof Ian Sanne says
National
1 month ago
Next Article