Soweto residents’ homes, and hopes of title deeds, crumble due to corruption

Snake Park residents believe title deeds will bring a sense of permanence, and economic opportunity, to their neighbourhood 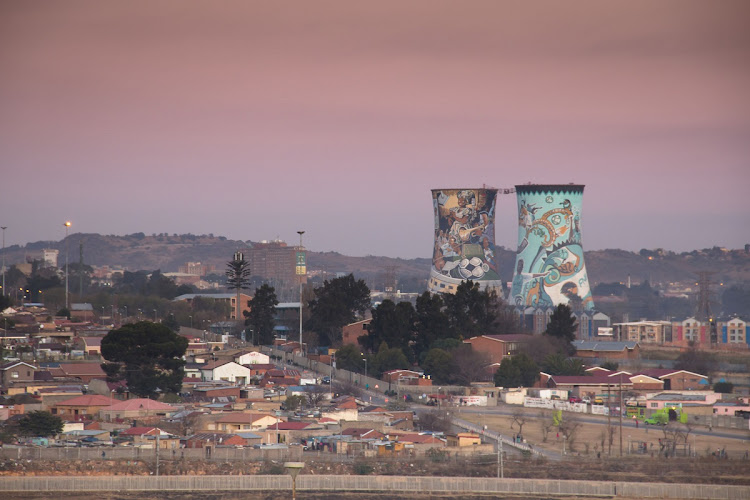 Crumbling walls, sewage leaking into homes, dangerous loose wires — and sometimes, snakes. These are some of the myriad issues residents in Soweto, SA's biggest township, have been dealing with for decades, as they say the government continues to deny them title deeds and urgent upgrades to their homes outside Johannesburg.

“It was a dream come true when the government allocated us these homes after more than 15 years of living in a shack,” said Nkosinathi Khumalo, resident of the Soweto suburb known as Snake Park because of its slithering visitors.

His home was built on top of wetlands, including a corrugated roof that blows off in high winds and water damage on the walls.

“The sad part was when I realised we were being dumped here. We have been suffering for so long,” said Khumalo, who is currently unemployed.

Made up of five smaller townships, Snake Park is home to about 5,000 properties built under the reconstruction and development programme (RDP), an ongoing government-funded social housing project that began in 1994.

According to official statistics, about 14% of the country's homes — or 2.3-million properties — are subsidised by the government.

Houses are allocated to low-income families and people with disabilities, although several families in Snake Park said they waited at least a decade to get their homes.

Now, residents are angered by the rapid deterioration of those homes, saying the government took shortcuts when it built them so close to a wetland, making the houses susceptible to flooding, cracking and crumbling.

Those hazards have come to the fore in recent months, after the government imposed the strict six-month Covid-19 lockdown.

“Obviously it is a challenge to stay home and inside if your house is flooding,” said Thabiso Toti, an unemployed Snake Park resident.

Residents have 90 days from when they are allocated their house to sign a so-called “happy letter” confirming they are satisfied with the quality of the property, said Edward Makwarela of the Gauteng department of human settlements.

After that, any issues must be referred to the National Home Builders Registration Council for repairs, the project manager said.

Makwarela noted that the Snake Park homes were part of the government’s People’s Housing Programme, in which communities are actively involved in building the properties.

“Another issue could be the poor workmanship ... driven by the community themselves, and they were not skilled,” he said.

Residents said they would like the chance to fix their homes themselves, but most cannot afford to. And bank loans are out of reach, they added, because they have no title deeds, which banks often require as collateral.

Makwarela pointed out that while the homes in Snake Park all have water, sanitation and electricity, the area still has no roads or stormwater drains, which he said is holding up the process of distributing title deeds.

“My grandmother who lived next door passed away last week waiting her whole life for her title deeds,” said Khumalo. “If we had title deeds, we would try to get loans and build for ourselves,” he added.

Housing and land are contentious topics in postapartheid SA, where inequality is rife. Between 2.9-million and 3.6-million people live in informal settlements, according to the most recent census figures, although experts say this number is likely to be much higher.

Residents in Snake Park say that on top of the structural problems with their homes, they have also complained to authorities about water from burst sewage pipes flowing into their houses, down their streets and into nearby water sources.

Environmental activist Tiny Dlamini explained that there were smaller tributaries in Soweto that flowed into the Vaal River, one of the main water sources for Gauteng.

The Upper Vaal catchment, together with a few other water sources, supports more than 13-million people, according to the nonprofit Centre for Environmental Rights, based in Johannesburg.

“There is a lot of pollution from the sewage pipes. When they burst, they go into our river stream and we, as poor people, are compelled to use this dirty water,” said Dlamini

As Johannesburg strains to accommodate its swelling population, problems such as faulty plumbing stretch beyond Snake Park.

In other suburbs, including more affluent areas, residents report leaking pipes, exploding manholes and sewage bringing condoms, tampons and faeces into their kitchens.

Isaac Dhludhlu, spokesperson for Johannesburg Water, said the organisation had to monitor 11,000km of sewer pipelines across the city.

With such a large sewerage network to oversee, the government body relies on residents to report any issues to it immediately, he noted.

“There is a major infrastructural backlog costed at over R10bn to fix,” said Dhludhlu, adding that ageing infrastructure, illegal water connections and foreign objects in the water system all contribute to burst pipes.

“We aren’t able to upgrade infrastructure every year, but we have maintenance teams on the ground who should be able to unblock pipes and resolve issues,” he said.

At Snake Park, residents pointed out crumbling foundations, poorly placed pipes, cracks in walls and — as confirmed by Google Maps — a complete lack of street names.

“It is like Snake Park doesn't even exist, no-one cares,” said Dhlamini.

If someone is sick, she explained, they have to carry the person to the nearest main road about 400 metres away, because without street names ambulance drivers cannot find their way around the neighbourhood.

Despite the challenges, residents have tried to make Snake Park home, planting roses and vegetables and cleaning up the nearby wetland when it becomes filled with trash.

They hold out hope that title deeds will bring a sense of permanence to their neighbourhood, bringing more economic opportunity and halting fears of possible future eviction.

“It all comes down to title deeds,” said Toti.

“We would help fix this place up. I would take out a loan, improve the house and even add on an extra room,” he said. “I would know that this is my house and I would believe it.”

The funding mismatch is rising daily as capital needs go unmet, affecting residents and businesses
Opinion
6 months ago
Next Article