Slightly larger than the T-Cross, the new SUV has a starting price of just under R500,000 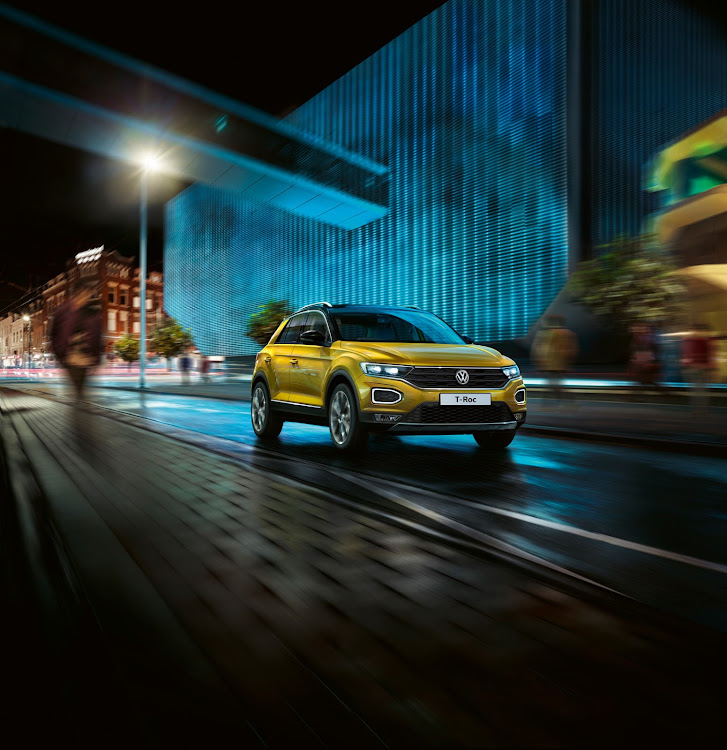 The three-model T-Roc range will include 1.4 and 2.0 variants. Picture: SUPPLIED

Volkswagen has announced the pricing of its new T-Roc compact SUV to be launched in SA in November.

The T-Roc is VW’s fifth SUV model line in SA, joining the T-Cross, Tiguan, Tiguan Allspace and Touareg, as the German carmaker feeds the appetite of a market segment that’s grown 44% in the past five years and is predicted to almost double in size over the next decade.

In size and pricing the new car slots in between the larger Tiguan and the smaller, recently-launched T-Cross.

Built on the same platform as the Golf, the T-Roc offers more cabin space than the T-Cross and also more loading room with a 445l boot compared to 377l.

The T-Roc is a compact SUV that offers digitalisation, class-leading driver assistance systems and a modern, expressive design, says VW. It competes against the likes of the Honda HR-V, Hyundai Creta and Kia Seltos.

The base model is a 1.4l petrol turbo with outputs of 110kW and 250Nm, and is paired with an eight-speed Tiptronic transmission and front wheel drive.

Standard luxuries across the range include climatronic air conditioning, voice control and LED lights. On top of that the range-topping R-Line also gets a light assist package, LED daytime running lights with dynamic cornering lights, 19-inch alloy wheels, keyless entry and leather seats, among other things.

Black detailing adds a sporting attitude that may polarise opinion, though
Life
1 year ago