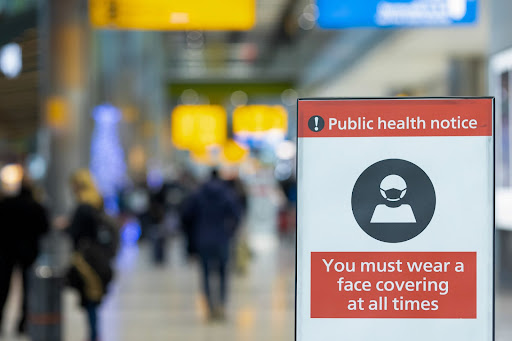 As Omicron, the newest variant of Covid-19, made landfall in Europe over the weekend, governments across the continent faced a quandary: how to put their citizens on alert without causing panic? The conundrum was made even more complicated by the fact that nobody — not even the World Health Organization (WHO) — was quite sure how lethal the new strain might be.

European responses to the pandemic have varied from country to country, as have the rates of vaccination and other forms of preparation and prevention. How, then, should these countries react to the threat of Omicron?

In a Twitter Spaces discussion, Bloomberg columnist Lionel Laurent, who is based in Paris, talked to columnist Bobby Ghosh about travel bans and the challenge of how governments communicate with their people, the vaccinated and the unvaccinated alike.

Here are the lightly edited highlights of their conversation.

Ghosh: Can you give us an overview of what’s happened over the weekend as the new variant has arrived in many European countries?

Laurent: It’s become obvious over the past few days that the variant is here: we’ve had a lot of countries detecting cases. This is not surprising, given the mobility we’ve seen over the past few months as Europe felt it was getting things under control.

The first response has been around travel. Some countries are implementing blanket travel bans on all foreigners, others are focusing on Africa, specifically SA.

European Commission head Ursula von der Leyen has described it as a race to buy time. There’s so much we don’t know. The idea is to act now, act early and get enough time to work out the details of how dangerous Omicron is and what kind of a threat it is to all of the measures rolled out, including vaccination, in Europe.

Ghosh: Is there a sense of panic?

Laurent: One person’s panic is another person’s caution. Because the Delta variant took root in Europe, countries don’t want to be seen to be opening the door to a new strain that potentially could be worse than Delta and undermine all the measures rolled out.

I sympathise with the SA position. They raised their hand and said, look at the variant that we found. And the response from the international community was: great, let’s ban travel from SA. The idea that travel bans are a solution is very flawed because the variant is already in Europe.

But I also sympathise with the position from other countries that says it’s better to react early than just keep travel going as before, and let’s just cross our fingers regarding the variant's ability to be transmitted.

Ghosh: You raise an important point. And it seems SA is being punished for doing the right thing.

Laurent: We have to acknowledge that the real problem is vaccine inequality. It would be one thing if we had spent the past year being serious about vaccine distribution to the developing world. Instead, we still have this incredible division. In SA, something like 24% of people are vaccinated, whereas in countries like France or the UK, it’s about 70%.

If there’s one hope in what’s happening now, it is that the new strain will relaunch the discussion on vaccine distribution and patent waivers. If you only vaccinate half the world, you leave the other half as fertile grounds for variants to prosper.

Ghosh: And, of course, this is a great disincentive for other countries to report their variants to the rest of the world.

Laurent: One of the reasons why critics of travel bans say it doesn’t work is that it encourages countries to hide information. A way to avoid this is to all agree that containing a new variant the moment it is detected makes sense, but let’s also offset this with a fair sharing of the best weapons we have to fight it, which are vaccines.

Ghosh: There’s a huge divergence across Europe in terms of vaccination coverage, trust in institutions, quality of health care. How are these things informing the responses of European governments to Omicron?

Laurent: There are many things that inform governments today versus how they behaved at the beginning of the crisis. One factor is trust in authority. Another is how hard the pandemic hit first time around. If you think about both these things together, that might go some way to explaining why we have this east-west split in Europe.

In the east are countries where memories of Soviet times have created a general distrust of the authorities. You have a much lower vaccination rate and a higher hurdle to convincing people to take the vaccines. In Western Europe, countries that were hit hard by the pandemic — France, Italy, Spain — were able to use the memory of that initial, horrible death toll to encourage people to take up the vaccine.

The most coercion you have, in countries such as France or Denmark, is in the form of health passes and vaccine passports. But in countries like Austria, where there’s more vaccine hesitancy and more distrust, there’s pressure to respond to the resurgence with even tougher measures.

Ghosh: Is the hesitation of policymakers linked to the mood of their people, who are just beginning to enjoy some aspects of pre-Covid life?

Laurent: Of course, and this is understandable. Again, this is where communication is key. A lot of countries thought, OK we’ve got this licked. Summer came, vaccination rates went up and there was an assumption that, because immunity had got better, there was really no need to be vigilant. Some countries, like the UK and Denmark, lifted all restrictions, and are having to reinstate some of them. Some countries like France maintained some restrictions — masks in certain cases, health passes to access leisure venues.

You can’t say to your people that living with Covid is going to look just like a partial lockdown. That’s not going to lift morale, it’s going to drive general defeatism.

There is a reluctance to go from one extreme to the other. I think that if more countries had accepted a minimum level of vigilance, it wouldn’t feel like whiplash to reinstate restrictions now.

Ghosh: There’s also a challenge on communications around vaccines and boosters. I’m reminded of a line from one of your columns: vaccines are for prevention of death or severity of disease, but they are not by themselves going to end the pandemic.

Laurent: That was a quote from the WHO’s special envoy on Covid-19. I think you just have to be honest. You can legitimately say vaccines that prevent severe disease and death are incredible things to have. But it doesn’t say on the label that the vaccines will end the pandemic.

The general view is that Covid is going to become endemic, that we’ll be living with Covid. Co-existence is going to have to be the end of the road, or the ultimate aim.

But if we take the view that either the pandemic is over or there’s nothing we can do about it at all, then we’re going to create an atmosphere of fatigue and defeatism. I think people can process and understand a message that distinguishes between a magic solution to end the pandemic and an incredibly effective tool to prevent severe disease and death.

• Lionel Laurent is a Bloomberg Opinion columnist covering the EU and France. He worked previously at Reuters and Forbes.

• Bobby Ghosh is a Bloomberg Opinion columnist. He writes on foreign affairs, with a special focus on the Middle East and Africa.

The variant has been identified in Botswana, Hong Kong, the UK and Belgium
National
6 months ago

The damage in SA will be severe, regardless of market reactions
Opinion
6 months ago

Devlin Brown at the water cooler: Will vaccine side effects interrupt fitness ...

Wanted Online: Apple cider vinegar may well help, but it is no miracle cure

Devlin Brown at the water cooler: Will vaccine side effects interrupt fitness ...

Wanted Online: Apple cider vinegar may well help, but it is no miracle cure