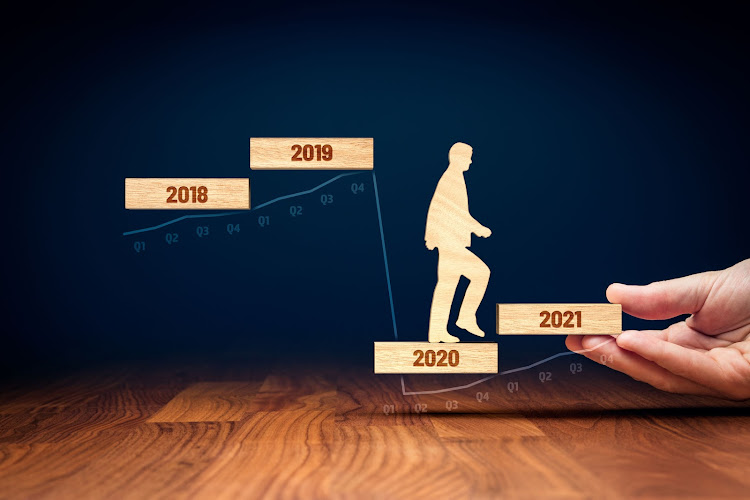 The SA Reserve Bank recently calculated that GDP will only reach its 2019 level by 2023. Picture: JAKUB JIRSAK/123RF

On April 2, US President Joe Biden tabled a proposal to spend more than $2-trillion on an infrastructure build and maintenance programme. This is part of his administration’s efforts to lift the US economy out of the Covid-19-induced great lockdown recession. A month earlier, Biden signed into law a $1.9-trillion stimulus package aimed at boosting household incomes and providing additional funding to support small businesses.

Even before the latest announcement, the UN Conference on Trade and Development (UNCTAD) was reporting that, while the developed world has been able to mobilise a huge arsenal of monetary and fiscal measures to prop up their economies, estimated at 20%-25% of their GDP, the poorest developing countries have been able to mobilise just 1% of their much smaller output to mitigate the damage from a vicious cycle of capital flight, declining trade and investment flows and collapsing output and tax revenues.

In my new book, Towards a New Deal, I draw on research by progressive economists and analysts showing the recovery from the Great Recession that began in 2008 involved highly partisan support programmes (including prominently bank bailouts totalling nearly $5-trillion in the US alone) coupled with the imposition of austerity on many other poorer countries. The result of this was a spluttering recovery that choked off any prospect of inclusive growth. It led instead to widening inequality, both within and between countries. 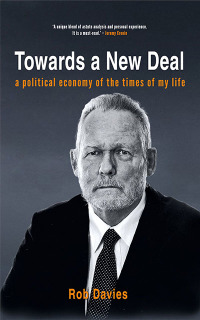 While the top 100 global companies saw a sharp rise in “surplus profits” (defined as profits beyond those derivable from “typical” business activities) — from about 16% of total profits in 1995—2000 to 40% in 2009—2015 — the ratio of income from employment to GDP declined from the 61.5% recorded in 1980 to 54.5% in 2018 in the developed world. In the developing world this dropped from 52.5% in 1990 to just more than 50% in 2018. With many in the middle classes in both developed and developing countries also facing increasing economic insecurity, UNCTAD concluded that “too many people in too many places [had found themselves] integrated into a world economy that delivers inequitable and unjust outcomes”.

In the Covid recovery, we are at least spared the partisan bank bailouts. However, according to War on Want’s Asad Rehman, “Rich countries ripped up the rule book and undertook huge public spending on job retention schemes and public health, while the poorest countries were offered, at best, a restructuring of debt and IMF loans that include clauses about austerity as soon as the pandemic ends.”

Coming on top of “vaccine apartheid”, which saw the richest countries with 14% of the world’s population hoarding 53% of the vaccines, a continuation of these trends far from heralding any “recovering better” points to a very real prospect of “recovery apartheid” that can only widen global inequality.

The uneven and inequitable recovery from the Great Recession led many progressive forces around the world to propose alternatives, including a call for a Global Green New Deal based on principles of ending austerity; using monetary policy to finance public investments, including programmes to mitigate and adapt to climate change; taming financialisation and speculation; making full employment a central overarching policy goal; and constructing trade rules to allow developing countries policy space to bring about structural transformation in their economies. In my book, I argue that we need to infuse more of this kind of thinking into our own domestic and continental recovery and development efforts.

Written before the finalisation of our own economic reconstruction and recovery programme (ERPP), I noted a contradiction between the recovery plans then being developed in consultations with National Economic Development and Labour Council (Nedlac) constituencies, which contained many important and progressive proposals with promises of sizeable sums of new money, and a growing embrace of neoliberal austerity. Austerity, I argued, should not be confused with trimming perks for senior officials or ensuring greater value for money by cutting rent-seeking. These measures should all be part of normal, prudent management of public funds.

Neoliberal austerity involves as its defining characteristic the prioritisation over all else of the achievement of predefined macroeconomic balances even to the extent of cutting redistributive programmes and withdrawing from any real stimulus. Among other things, the final ERPP includes a much better designed public employment programme than we have had up to now, managed out of the presidency and operating with its own budget. However, as if to exemplify the contradiction identified above, this programme found its budget cut by 10% along with those of other important pro-poor and recovery-orientated programmes. At the same time, the infrastructure build programme is strongly rooted in expectations that the lion’s share of the eventual R 2.3-trillion investment will come from “blended finance”.

Blended finance refers to the leveraging of risk-absorbing public funds into financial instruments capable of attracting profit-seeking investors. Typically, it involves using securitisation — bundling individual project loans into financial instruments that can be bought by financial funds. Observers of attempts to use blended finance as a tool to raise funds to achieve the targets set by the 2015 Addis Ababa Action Agenda on Financing for Development, the targets of the UN Sustainable Development Goals (SDGs), or commitments under the 2015 Paris Climate Change Agreement have concluded that the total sum raised has been “far too little” — less than $1bn to support all of the world’s least developed countries compared to a funding gap of $2.5-trillion to meet the SDG targets alone. 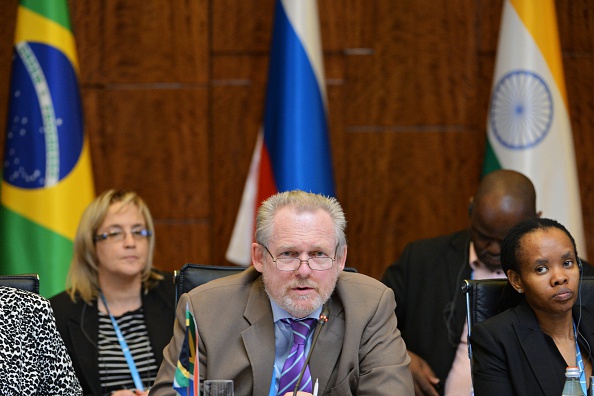 Rob Davies at the meeting of the Brics finance and trade ministers during the 2015 Brics/Shanghai Cooperation Organization summits in his capacity as minister of trade & industry. Picture: HOST PHOTO AGENCY/RIA NOVOSTI/GETY IMAGES

If we are to do more than simply reproduce in our own reality the glaring inequalities emerging on the world scale, we need to move beyond our own home-grown embrace of austerity and problematic neoliberal financing proposals. This means not being afraid to consider alternative perspectives on macroeconomic policy or the use of some of the heterodox fiscal and monetary policy tools even now being used in other jurisdictions. This also means that, at a time of stagnation, we need to see the road to reducing budget deficits or debt-to-GDP ratios as being the promotion of inclusive growth of the economy, and not as cycle-reinforcing cuts to critical poverty alleviation or recovery programmes.

Ultimately, though, recovering better must mean advancing the structural transformation of the productive base of the SA economy in such a way that it moves decisively onto a higher  value-added and more inclusive growth path. Critical to this must be a big push to industrialise and reindustrialise.

In my book, I record the efforts made during my time in government to develop and implement industrial policy. I conclude that industrial policy was too relegated to the work of one department instead of becoming the overarching policy framework it had been in the case of successful industrialisers. It was held back and weakened by conflicting decisions and priorities and eventually overwhelmed by the gathering crisis of state capture and corruption. It is pleasing, though, to see that adoption of the Automotive Master Plan has now been followed by development and the rollout of several other master plans.

The challenge SA faces in breaking the apron strings of over-dependence on the production and export of primary commodities is not unique to this country. It has long been recognised as being at the root of the underdevelopment of the African continent as a whole.

In my view, the African Continental Free Trade Area (AfCFTA) now in force as a partially operating free-trade area, could become an important tool to facilitate a broad-based diversification and shift to higher value-added activities across the continent. But it will only achieve this if its advance is recognised as part of a broader developmental integration programme that also includes the promotion of infrastructure development, industrial sector co-operation and if it provides real preferences for products produced in the continent over imports. It also needs explicitly to aim at creating regional value chains involved in the production of higher value-added products.

If this were to materialise, we could expect to see not just a quantitative increase in intraregional trade but also a qualitative change in its composition, with a higher proportion becoming trade in inputs and components coming from several locations used in the production of finished value-added products sold to African consumers and also exported.

If we don’t seize this opportunity (or if we allow ourselves to be persuaded to see AfCFTA as a mere stepping stone to the liberalisation of African markets towards the rest of the world), I suggest the continent will again be “left behind”. This will be aggravated as transformations associated with the “mega challenges” of the transitions to a lower carbon and more digitised economy unfold, making us also ill equipped to face inevitable future health- and climate change-related emergencies.

In SA we operate in a context deeply scarred by state capture and corruption. In the book, I outline ways in which this not only resulted in the huge theft of public resources, but also undermined key industrial policy tools, including localisation and the promotion of black industrialists. Many of the “dodgy” tenders and contracts replaced inputs produced by locally domiciled suppliers with imports.

Decisively breaking with looting and establishing proper accountability over the use of public funds are then, indeed, key national priorities that deserve the strongest possible support. But we should not be tempted into assuming that good governance and conforming to the norms of neoliberalism are two sides of the same coin. If we fall into that trap, we risk responding inadequately to the potential of the pandemic to have a long-lasting negative effect on the material conditions of the poorest and most vulnerable in our society.

The Reserve Bank recently calculated that GDP will only reach its 2019 level by 2023 — and that assumes achievement of projected GDP growth rates of 3.6% and 2.4% (on a base contracted by more than 7%). With population growth of 1.3% per annum, these figures suggest average incomes will take even longer to return to pre-pandemic levels. Figures for unemployment, meanwhile, continue to remain at record levels — having reached 32.5% by the fourth quarter of 2020 on the strict definition. If we include discouraged work seekers, the number of unemployed is way more than 40% of the “economically active” population. Several studies have, meanwhile, shown that income poverty has worsened in ways that will not be ameliorated by the  “invisible hand” any time soon.

Besides, 2019 cannot surely be any kind of benchmark. That was a year of stagnation and an accelerating job loss bloodbath. We need to aim for something a good deal better than the crisis before the crisis. This requires that recovery efforts focus laser like on the indicators that really matter — ensuring a significant reduction in unemployment, poverty and inequality.

• Davies is the author of ‘Towards a New Deal: A Political Economy of the Times of My Life’ published by Jonathan Ball. In 2019, through the South Centre in Geneva, he published ‘The Politics of Trade in the Era of Hyperglobalisation: A Southern African Perspective’.

Three extracts from The Battle of Bangui: The inside story of SA’s worst military scandal since apartheid
Life
5 months ago
Next Article