The motives of the American Petroleum Institute, a long-time and staunch ally of the fossil-fuel industry, may be more about fear of Biden policies than suddenly becoming climate-friendly 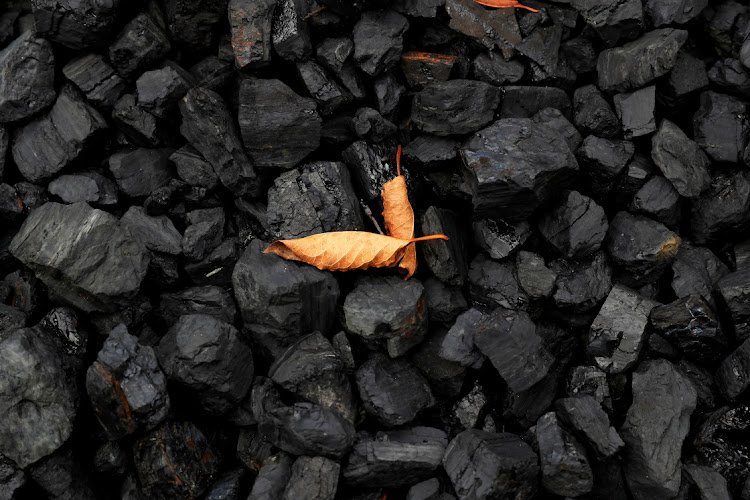 Washington/New York — Few saw the surprise disclosure earlier this week that the American Petroleum Institute (API) is considering endorsing a price on carbon dioxide emissions and thought the fierce fossil fuel lobby was suddenly becoming climate-friendly. Rather, seasoned industry-watchers say it’s the clearest sign yet that fossil-fuel companies see Washington’s shift on climate policy as a real and significant threat.

A carbon price — whether in the form of an emissions trading scheme or a tax on planet-warming pollution — seems antithetical to the fossil-fuel industry’s interests, as it would effectively make their core product more expensive for consumers.

Large oil and gas companies are likely worried that any other potential action from the Biden administration would be worse for them, said Joe Aldy, a public policy professor at the Harvard Kennedy School who previously served as a special assistant to former president Barack Obama. “They think the alternative climate policy may be a lot of regulations they would view as burdensome and inefficient.”

But the policy itself has a number of silver linings for polluters. For starters, unlike regulations restricting drilling or mandating clean energy, a carbon tax wouldn’t bar companies from extracting natural gas or force the fossil fuel out of the nation’s electricity mix. It could also drive investments in direct-air carbon capture and other technologies that would prolong the use of fossil fuels as a power source.

In the short run, putting a price on greenhouse gas emissions could give natural gas an even greater edge over dirtier-burning coal.

“All the oil majors have natural gas assets they are trying to protect, and this is a way to do that,” said Mike McKenna, a former deputy director of the White House office of legislative affairs. “Once they became natural gas companies and started competing in the electricity space, it was just a matter of time until they wanted to rub coal out.”

Megan Bloomgren, senior vice-president of communications at The API, said in a statement that the industry is “evolving,” and that the API is “focused on supporting a new US contribution to the global Paris agreement.”

A carbon tax has long been a favourite tool of economists, who say it’s a simple, efficient way to discourage emissions and ensure the negative costs of climate change are embedded in the price of carbon-intensive products, from petrol to cement. Right now, “we all pay the cost” of greenhouse gas emissions, special presidential envoy for climate John Kerry wrote in an op-ed last November. But a carbon price would put the onus on the ones doing the emitting, spurring companies and consumers to reduce their output, Kerry said.

The API has consistently opposed subsidies for EVs, which represent a threat to petrol demand. Under the Trump administration, the group supported rolling back regulations directly limiting emissions of methane

It’s also a favoured tool of the business community. Scores of companies, including solar developers and operators of nuclear power plants, have backed a plan to tax carbon dioxide and distribute revenue to consumers, including giants such as Exelon and First Solar. The US Chamber of Commerce and Business Roundtable have made their own pivots on the issue, attracted by the promise of a consistent policy that wouldn’t shift with each election cycle.

But many environmentalists are deeply sceptical of working with the fossil-fuel industry on anything. They suspect there are catches to oil companies’ support — including, for example, demands that a carbon tax be paired with environmental deregulation.

Kathy Mulvey, the accountability campaign director for the climate and energy programme at the Union of Concerned Scientists, said the API has a long history of disinformation when it comes to climate change that undermines its credibility on the issue. In 1998, the API co-ordinated a media campaign to highlight “uncertainties” in climate science, then waged war against the last carbon-pricing scheme to gain traction in Congress, the Waxman-Markey cap-and-trade bill, which died in the Senate in 2010.

“After decades of deception that have delayed action and exacerbated the climate crisis, the API doesn’t get to set a ceiling on the scope and ambition of US climate policies,” Mulvey said.

The concerns on the environmental side appear to have a solid foundation. The carbon tax and dividend plan that has emerged as businesses’ favoured model in Washington, for example, would also pre-empt regulations governing carbon dioxide emissions from power plants and other industrial facilities. That horse trade is seen as an essential ingredient to retaining business support and luring Republican votes, but it’s anathema to many Democrats who want a belt-and-suspenders approach to climate regulation.

The shift in attitude among oil and gas companies came as majors in the industry began making investments in electric vehicles (EVs), natural gas, and renewable energy, which stand to benefit from a carbon price. ExxonMobil endorsed a revenue-neutral carbon tax in 2009, and has already devoted lobbying dollars to the current push for legislation; so have ConocoPhillips, BP and Royal Dutch Shell.

The policy could even give them a competitive advantage against smaller, independent oil producers and refiners — many of which are also API members — which sole products are emissions-intensive fossil fuels, a situation that could cause tension in the ranks.

Supporting a carbon price would also give the API and its members political cover from increasingly aggressive shareholders determined to ensure oil companies’ ambitious carbon-cutting plans aren’t contradicted by their lobbying efforts. The API has consistently opposed subsidies for EVs, which represent a threat to petrol demand. Under the Trump administration, the group supported rolling back regulations directly limiting emissions of methane, a potent heat-trapping gas.

The API changed tacks on methane in January, saying that it was willing to work with the Biden administration on replacement rules. Not long after, Total  announced it wouldn’t renew its API membership, citing the group’s lobbying positions and its support of candidates opposed to US participation in the Paris climate agreement. Activists are now pressuring BP and Royal Dutch Shell — both of which have made pledges to reach net-zero emissions by 2050 — to pull out of the API as well.

A carbon tax would be difficult to enact in any political environment — many lawmakers still have battle scars from the 1993 debate over a heat energy tax blamed for helping Republicans take control of the House a year later. But it’s especially tricky now, given the closely divided Senate and concerns about imposing new energy costs on a pandemic-ravaged economy.

Oil industry support could help change the calculus on Capitol Hill. Some more centrist Republicans — including senators Lisa Murkowski of Alaska and Mitt Romney of Utah — have indicated they are open to the idea. Even some lawmakers from coal-rich states, such as Democratic senator Joe Manchin of West Virginia, have kept the door open to a carbon tax that could dole out money to mining towns planning a new future beyond fossil fuels.

API leaders and members are discussing a possible statement endorsing an economy-wide price on carbon this week, with a formal vote by the group potentially late in March.

Aldy warned that if policy-watchers want a real sense of a carbon price’s potential future, they should pay attention to how far oil companies are actually willing to go to make it happen. “The real question is not whether they issue a statement saying they support it, but do they actually start throwing political capital behind it?” he said. “Do they make it possible for moderate Republicans to support this?”

The influential American Petroleum Institute is under pressure as investors want a move away from fossil fuels, and as Joe Biden plans to rejoin the ...
Companies
1 year ago

Engine No. 1 has nominated four directors to the energy giant’s board and wants it to invest in more profitable drilling and clean energy
Companies
11 months ago

Covid-19 pandemic is a powerful catalyst for the energy shift, says Stephané Monier, CIO at Lombard Odier
Companies
1 year ago
Next Article