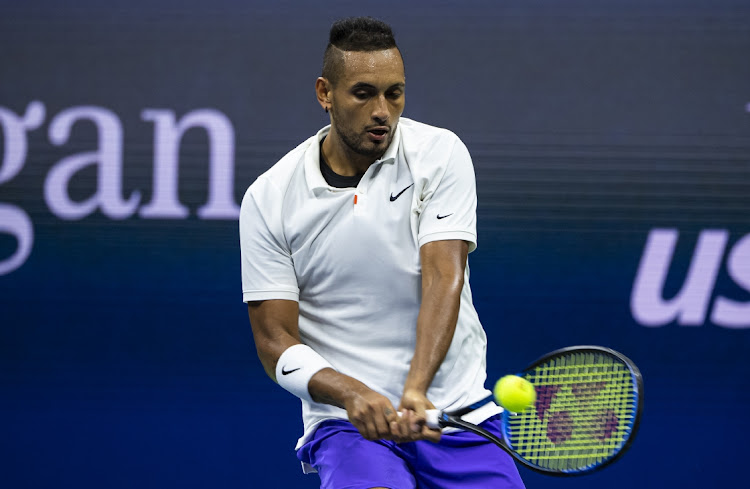 London — An angelic Nick Kyrgios reached his first Grand Slam quarterfinal for seven years when he recovered from a slow start to beat steady American Brandon Nakashima in five sets on Wimbledon’s Centre Court on Monday.

With Kyrgios’s bad-tempered Court One victory over fourth seed Stefanos Tsitsipas still the talk of the town, the Australian was on his best behaviour in front of the Royal Box as he ground out a 4-6 6-4 7-6(2) 3-6 6-2 win.

Unseeded Chilean Cristian Garin awaits in the last eight, offering Kyrgios a golden opportunity to surpass his quarterfinal run at Wimbledon on his debut in 2014.

After the mayhem of Saturday, when Kyrgios was accused by Tsitsipas of being a bully, he let his tennis do the talking against the 20-year-old Nakashima, barely uttering a word in anger throughout a contest that contained few of the fireworks usually associated with the Australian.

If anything the world No 40 looked subdued in the opening set and appeared to be bothered by a stiff shoulder.

Two forehand errors at 4-5 gifted Nakashima the opening set as Kyrgios looked in danger of an anticlimactic exit. But he broke serve for 2-1 in the second set and, after having treatment on his shoulder, gradually cranked up the power to level the match.

Nakashima’s focus was total as he kept his nose in front in the third set and he came within two points of taking the set when Kyrgios again served at 4-5. This time he served his way out of trouble and turned on the style to race through the tiebreak.

Kyrgios suddenly went off the boil and was broken twice in succession as Nakashima took it into a decider, but he fired himself up to race away to victory. Serving for the match, the 27-year-old recovered from 0-30 down and sealed the victory with a silky volley winner.