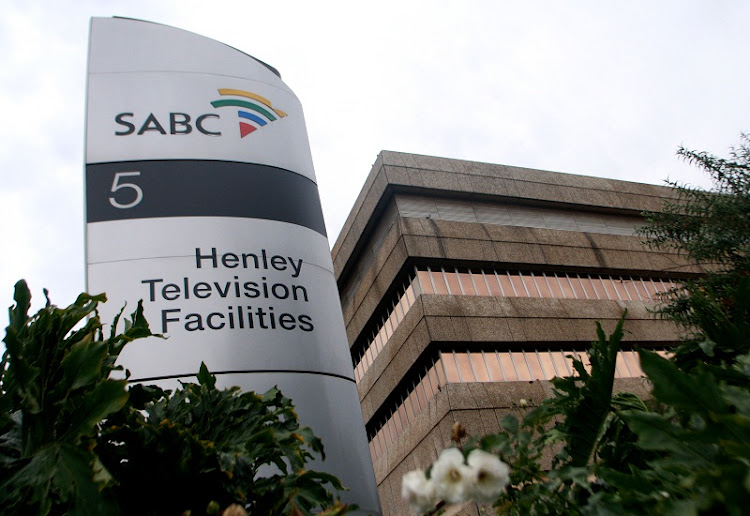 The SABC editorial forum says its bosses at the public broadcaster are presiding over a “broken, depleted and demoralised newsroom”.

The meeting was adjourned before the SABC management could reply to all the questions and allegations against it.

The SABC has drawn up a survival plan that includes reducing the R3bn costs of paying its more than 3,000 permanent employees and tapping the government for an additional R1.5bn to make up for the sales destroyed during the lockdown. It received a R3.2bn bailout from the government late in 2019, which it used to pay off most of its debt.

Sigabi told of how they have to fight against commercialisation in the public broadcaster in a bid to protect the SABCs public-service mandate.

“[We come here] as a broken, depleted and a demoralised newsroom, where fear and anxiety roam the corridors of our buildings. We cannot speak out and tell of the challenges we are facing as staff of the SABC as a gag order was imposed on the staff as soon as the section 189 [retrenchment] process took off,” said Sigabi.

She was speaking as the SABC removed news anchor Palesa Chubisi while she was doing a live broadcast, as part of implementing a public protector report on irregular appointments at the public broadcaster.

Twelve other employees of the station are affected by the report.

Sigabi cited this example as one of those that have heightened fear at the SABC, as many face retrenchment.

She called the current skills audit at the broadcaster ineffective and flawed, questioning the way the service provider is conducting the audit.

“The editorial staff of the SABC once again [find themselves] having to fight for the protection of the public service mandate, this time against commercialisation, which is likely to erode the gains after many years of corrosive editorial interference in the newsroom,” said Sigabi.

Current affairs slots are being trimmed because they are not making money, she said.

“The main concern is this: news has been relegated to graveyard slots, as mandates that are insignificant. There are hardly any news slots that occupy prime time spaces,” she said.

She argued against the reduction of current affairs shows, saying they offer packages that reflect voices and views of ordinary people on matters that affect them.

Sigabi criticised plans by the SABC to shut down a number of its offices, including one in George, which largely serves the Garden Route and the closure of the Bhisho office in the Eastern Cape.

“There was a specific reason the offices were structured in the manner that they have been. For instance, the Bhisho office was specifically opened to cover the provincial legislature and the rural areas that fell under the former Ciskei area … and … the provincial seat of the Eastern Cape is in Bhisho, where our offices are right now,” she said.

In his new book, Anton Harber explores why SA’s biggest newspaper pursued fabricated news stories when most of its rivals did not
Life
5 months ago

White paper wants an overhaul of the cash-strapped broadcaster's business model as it looks to unlock new sources of revenue to deal with crippling ...
National
5 months ago

We’re going to kill old order jobs in the hope that we can grow new, new order ones
Opinion
5 months ago

Ndabeni-Abrahams says allegations of her interference at SOEs are baseless

The minister says anyone with evidence of any criminal activity, including undermining of governance protocols, should report it
National
6 months ago
Next Article