Pirates’ defeat against Ahli a ‘blessing in disguise’ for Confed final, says coach 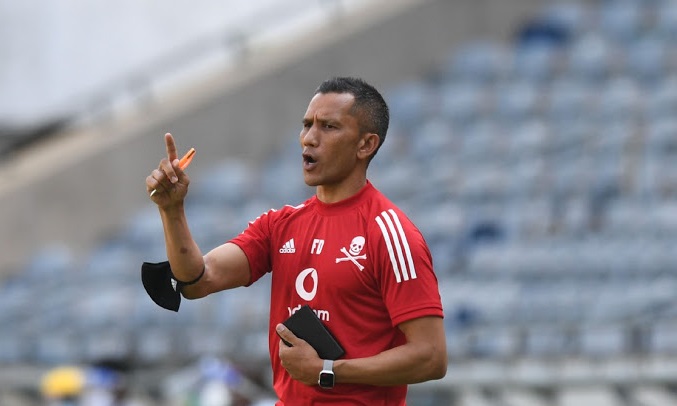 Orlando Pirates will go in search of their first continental trophy since lifting the 1995 Africa Cup of Champions‚ and aim to convert a place in the final into silverware at the Godswill Akpabio International Stadium in Uyo, Nigeria, having fallen at the last hurdle in their last two in Africa.

Pirates beat Al Ahli 2-1 on aggregate in the semifinal despite losing the home leg 1-0 at Orlando Stadium last Sunday.

Bucs take on RS Berkane of Morocco in the final.

Pirates co-coach Fadlu Davids felt a mood of under-celebration at that result. He said Pirates’ non-playing squad members against Ahli made a motivational video for the playing squad.

“The non-playing squad sent a video to the technical team‚ and we created a video of encouragement and the quote was: ‘Nobody remembers the finalist that loses the match’‚” Davids said.

“That was the message. It was as clear as that. Immediately it turns on a switch in the players’ thinking to say we don’t want to go to the final and celebrate. Yes‚ we’ve got to the final‚ but without winning the final.

“This disappointment in our previous match was maybe a blessing in disguise where we made the final by losing 1-0‚ came into the changeroom and with our mixed emotion [goalkeeper] Richard Ofori wanted to hit some of our players because we conceded a goal.

“And the mood in the change room after the match was perfect in hindsight. There were not a lot of celebrations‚ [which is good] because the celebrations are for after the final‚ not for making the final,” said Davids.

“And that is the mindset for us. We as Orlando Pirates want to go into this final and get the job done.”