GSB has seen a strong resurgence in 2021

Change is inevitable, but some things can’t be replaced, says Kumeshnee West, head of executive education at the University of Cape Town’s Graduate School of Business 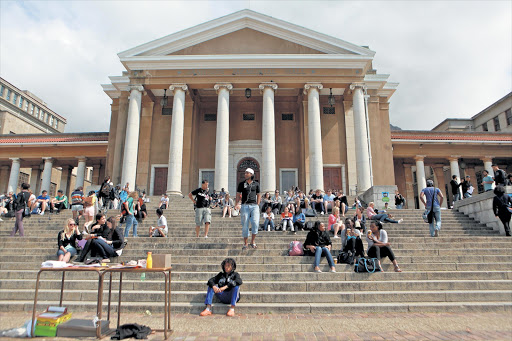 Alvin Toffler, the writer and futurist who died in 2016, perhaps put it best. “Change is not merely necessary to life,” he said. “It is life.”

It’s a quote close to the heart of Kumeshnee West, head of executive education at the University of Cape Town’s Graduate School of Business (GSB). Business education, both in SA and globally, has undergone a complete transformation since early last year. What was already a steady flow of change became a flood because of Covid lockdowns and social distancing.

Not all of it was welcome at GSB. West says some faculty initially showed “huge resistance” to the idea of wholesale online teaching. But as they got used to it, “we have progressed in leaps and bounds”. Now, “technologically, we are three to five years ahead of where we expected to be”.

West herself retains misgivings about some aspects of online education. While it can reproduce many classroom dynamics, it can’t reproduce ad lib moments – what West calls the “in between spaces”. “That’s when you go off together during breaks for a coffee and a quick chat. We have been robbed of these.”

Still, as Toffler said, change is inevitable. In his best-known book, Future Shock, he also wrote: “The illiterate of the 21st century will not be those who cannot read and write, but those who cannot learn, unlearn and relearn.” That is one of the challenges of modern business education: to prepare people for a future where new skills and attitudes are constantly in demand.

Following an immediate Covid-related drop in demand for executive education last year, West says the GSB has seen a strong resurgence in 2021. “We are back to pre-Covid levels.” Most of that is in customised programmes for individual companies. Many had postponed programmes because of uncertainty about the future. “Eventually they realised that instead of waiting it out, they had to be proactive.”

In particular, they acknowledged they had to embrace online learning. “They realised that without it, they would not achieve their goals for skills development,” says West. “They said: ‘We want to live in this online world. Show us how.’”

GSB has also had to learn. “At first we were all reacting. Now we are starting to recognise what the future will look like,” says West.

That future includes a more international perspective. School director Catherine Duggan says that by discouraging travel, the pandemic has created an opportunity for smaller schools to raise their global profiles.

“Travel is no longer needed in order to engage,” she says. “People can attend events from their office. I can give a talk in China in the morning, then engage with the Nigerian government in the afternoon.

“Technology allows us to bring people together from around the world in ways that would previously have been very expensive and made a big carbon footprint. One thing Covid has taught us is that the time for flying to different places is over. Familiarity with online platforms like Zoom and Teams gives opportunities for engagement that did not exist before.

“The number of people we are able to invite to our classes is enormously higher than before. We ran a webinar on doing business in Africa. We had people from India, the US, Ireland, China, Germany, the Philippines, Nigeria, Kenya … the list just went on. The opportunities for raising your school’s international profile are enormous.”

The same applies to relationships with alumni, which most SA business schools manage poorly.  On-site seminars have turned into online webinars. “They have been well attended, with people joining us from Europe, Asia and the Middle East,” says Duggan. “We wouldn’t have had that a couple of years ago.  We relied on people driving to GSB from the Cape Town suburbs then driving home again afterwards. It was a chore.”

Changes enforced by the Corona pandemic are an opportunity, says dean
News & Fox
1 month ago

Technological change, fuelled by Covid, is transforming business education. Not everyone likes the way it’s going
Features
2 months ago

Q&A: How relevant is the MBA?

Q&A: How relevant is the MBA?