Changes enforced by the Corona pandemic are an opportunity, says dean 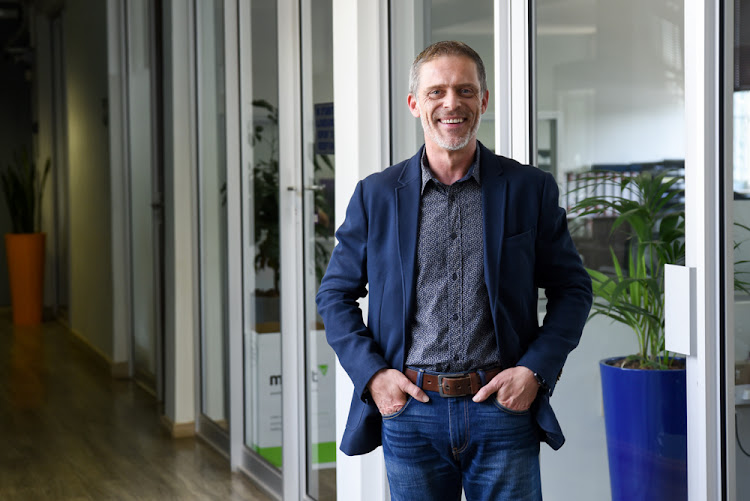 Cobus Oosthuizen likes to put a positive spin on things. Some business schools may rue the changes forced on them by the Covid pandemic, but Milpark’s dean sees the experience as “an exciting journey of discovery”.

There’s no point railing against the new situation, he says. It is what it is.

That doesn’t mean he wouldn’t like to turn the clock back – though not all the way. Like most schools, Milpark hopes to see at least a partial return to face-to-face teaching rather than the online variety that dominates now.  Oosthuizen says future business education is likely to be a hybrid mix of the two, with online in the ascendancy.

But he’s not betting on it just yet. “Making long-term strategic assumptions is hard with the information – or, rather, the lack of it – we have today.”

One thing he’s sure of is that online, “virtual” teaching requires a new approach. Unlike traditional classroom teaching, where sessions can go on for hours at a time, Oosthuizen says online must be short and sharp. It’s one thing to share space and discussions with fellow students in an airy lecture hall; quite another to stare alone into a small screen.

Oosthuizen is a firm believer in the dictum of legendary Hollywood film director Alfred Hitchcock that “the length of a film (in this case, a lecture) should be directly related to the endurance of the human bladder”.

Irrespective of the future, Milpark has plenty to work with now. The school’s first Doctor of Business Administration (DBA) student has just finished his degree programme and will graduate early in 2022. “This is quite an event for us,” says Oosthuizen.

Having become, in 2018, the first private SA business school to win international accreditation for its MBA programme from the UK-based Association of MBAs (Amba), Milpark is now preparing for reaccreditation. Oosthuizen hopes this time it will be for five years, rather than three; but it’s not his decision.

It’s an onerous and expensive process. But he says: “It forces you to improve. But the big thing is: does is help you reflect on who and what you are as a school, and what you want to be?”

The Amba emphasis means there are no plans for now to seek accreditation from the Association of African Business Schools (AABS), which is on a recruitment drive. Milpark is also considering the US-based Association to Advance Collegiate Schools of Business (AACSB), which would offer Milpark more international exposure, but Oosthuizen says: “We want to be part of African education.”

Not only does he want to attract more students from across the continent, he also wants to collaborate with other African schools.

Monitoring of the course, which is internationally accredited, is being done constantly, says business school head
Features
1 year ago

Thousands of small businesses have collapsed because of Covid-19 — and now SA, more than ever, needs successful entrepreneurs to drive economic ...
Features
1 year ago

Welcome (maybe) to the club

Sink or swim: fast-thinking and agile action in a time of change

Business schools: Lead from the front

Welcome (maybe) to the club

Sink or swim: fast-thinking and agile action in a time of change

Business schools: Lead from the front

EDITORIAL: To turn the trickle of investment into a ...