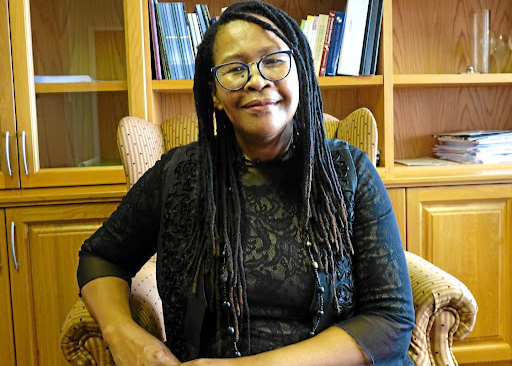 Pumela Msweli’s vision for Unisa’s Graduate School of Business Leadership is simple: “I want us to be the top business school in Africa.”

Msweli, who was appointed full-time CEO at the end of 2020, says the foundations are there. Now the school has to build on them.

More than 1-million students have passed through the school, which has a presence in countries around the world. Msweli has a plan to turn all this to the school’s advantage.

It sounds uncomplicated. “We have to deliver programmes that are needed – that contain strong content, to counter SA’s skills deficit.” That applies to individual students studying for academic business degrees as much as it does to businesspeople wanting executive education.

However, Msweli sees particular need among small and medium enterprises (SMEs). Before the Covid pandemic many big companies were already shedding jobs. To plug the deficit, it’s necessary to develop smaller ones. Entrepreneurs need help to grow their enterprises, says Msweli.

Unisa wants to help incubate them.“We want to turn survivalist enterprises into small ones, small ones into medium businesses and medium ones into large operations. That’s where job creation comes from,” says Msweli.

Now she’s fully in charge, the school is in a better position to do so. She admits that before she took over a series of temporary appointments had created a “leadership deficit” at the school. Nowhere was this more evident than in the struggle to expand executive education activities. Market research for the FM shows that employer confidence in Unisa’s executive education capabilities has waned.

Peet Venter, appointed head of executive education in April, says the lack of permanent school leadership hasn’t helped. “There’s been no implementation continuity. We need to align much more with what’s happening in the market.”

While agreeing with the need to prioritise SMEs, he says the school will also pursue bigger companies across the economy. In line with the school’s name, much of the emphasis will be on leadershipHe admits: “It will take some time to get our executive education business back to where it was.  While we haven’t yet prioritised industries, we have identified some areas we want to explore.”

In line with Msweli’s African ambition, that growth will include programmes in the rest of the continent. The school is already operating in several countries, including Ethiopia, where it has had partnerships since 2004.

Msweli says there will be no “big bang approach”. African growth must be sustainable. Development of an African free trade area will increase demand for pan-African business education. “We see ourselves participating and leading in this growth,” she says.

Technological change, fuelled by Covid, is transforming business education. Not everyone likes the way it’s going
Features
1 year ago