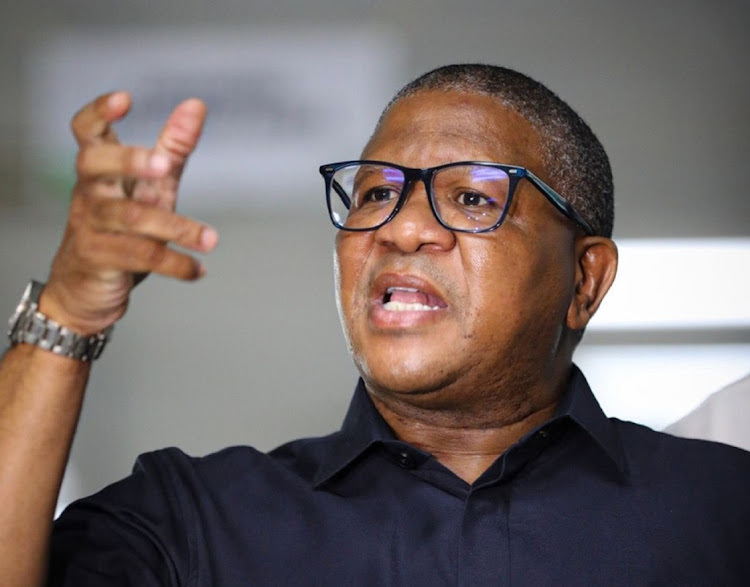 It takes a considerable amount of delusion to write the type of diatribe that Fikile Mbalula, a cabinet minister presiding over one of SA’s most complex portfolios, unleashed on the readers of Daily Maverick last week.

Mbalula, the transport minister, has taken great offence at a column written by journalist Stephen Grootes, in which he questioned Cyril Ramaphosa’s wisdom in keeping a serial failure such as Mbalula in positions of national importance. Rather than tackle the real issue — the ghastly destruction of SA’s passenger rail service, among others — Mbalula huffed that he was a victim of “gutter journalism”.

His ministry, he wrote, had brought before the cabinet, “among many other submissions”, a national rail policy “which was subject to robust scrutiny … a blueprint for positioning rail as the backbone of the transport system”.

That must be of huge comfort to commuters who, unable to rely on a once-functioning, cheap and safe passenger rail service, are seeing their incomes devoured by a relentlessly rising fuel price.

The simple fact is that Mbalula would not attract the derision he so richly deserves if he did anything approaching a decent job.

JUSTICE MALALA: Boksburg chaos gives us a glimpse of how the ANC behaves after it has lost power

Ramaphosa may speak persuasively about the renewal of the ANC, but the party that exists now is the ANC of Ekurhuleni
Opinion
4 weeks ago

TOM EATON: Nothing left but cold, hard truth for undead ruin of ANC

Mmamoloko Kubayi admits the party will not meet its National Development Plan goals by 2030, writes Tom Eaton
Opinion
4 weeks ago

SAM MKOKELI: Behind the battle to be Cyril’s number two

The question of his running mate – the ANC deputy president – may well be the battle to watch. It is a stampede of a thing – with no fewer than six ...
Opinion
4 weeks ago

Like their white counterparts, black capitalists do what all capitalists do and that is to try to take the shortest route to the maximum profit for ...
Opinion
4 weeks ago
Next Article