SAM MKOKELI: Behind the battle to be Cyril’s number two 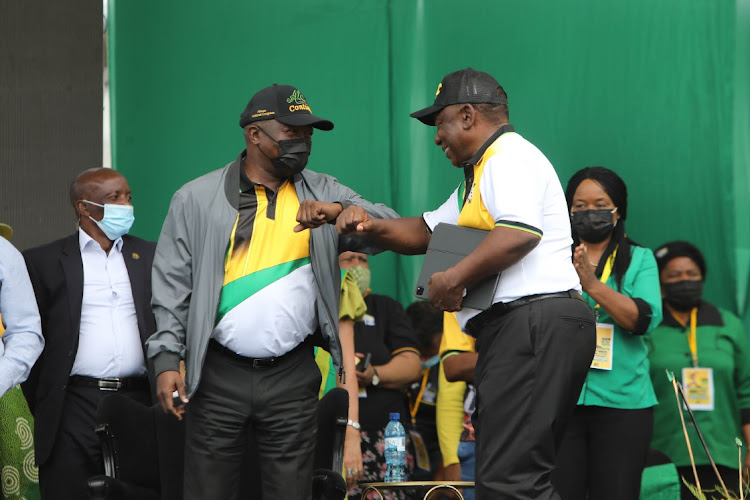 Today, just six months ahead of the ANC elective conference, the incoherence of the camps opposed to Ramaphosa suggests that a second term is his to lose.

But it also means the question of his running mate — the ANC deputy president — may well be the battle to watch. It is a stampede of a thing, with no fewer than six names touted.

At the top of the list are human settlements minister Mmamoloko Kubayi, ANC treasurer-general Paul Mashatile, justice minister Ronald Lamola and defence minister Thandi Modise. The incumbent, David Mabuza, looks unlikely to put his hand up again, but considering how he surprised many last time around, he should not be written off until the conference has been held. Even if it’s just in how he pulls the strings for an ally like Mashatile to succeed him as the ANC’s number two.

It is an important battle, considering it is definitive of ANC succession and signals the party’s intention ahead of the 2024 national elections, where it may fall below 50%.

As it is, the ANC’s deputy president has a strong chance of becoming number one, and the country’s president. In fact, since 1969, all the ANC presidents were deputies before — including OR Tambo, Mandela, Mbeki, Jacob Zuma and Ramaphosa himself.

What may be different this time, and a source of anxiety in the party, is the fear of losing power in 2024. This fear factor was present in 2017 when Ramaphosa was pushed over the line by unlikely players like Mabuza, who became deputy president. Mabuza was associated with the “premier league” camp that opposed Ramaphosa’s rise until the last minute when he dramatically switched sides.

This illustrated how important Ramaphosa’s public appeal is to some in the party — especially as it mulls how to slow down or reverse its rate of decline.

Again now, the person who the ANC chooses as Ramaphosa’s deputy may be a strong sign of the party’s willingness to reform and modernise. Part of its challenge will be to reconnect with a younger section of the electorate, who do not automatically respond to the party’s history as a “liberator”.

If that happens, it would make the intense competition for the ANC’s number two position a futile battle.

The way it works is that the ANC president does not choose his running mate. Instead, the party relies on the sheer force of its constituent numbers to elect its leaders. So in the end, Ramaphosa may be saddled with a deputy who is not compatible with his style or in line with how he prepares for his second term.

Back in 2017, Ramaphosa initially wanted Naledi Pandor, now international relations & co-operation minister, as his deputy.  He was soon steered towards Lindiwe Sisulu, now tourism minister, who had been running alongside Ramaphosa for the ANC presidency. The two joined forces, but Mabuza came at the last moment, backed by his Mpumalanga voters, and those from Gauteng.

The last-minute horse-trading helped Ramaphosa over the line against Nkosazana Dlamini Zuma. Sisulu lost out and Mabuza gained.

Should the Ramaphosa camp wish to attract rank outsiders, and boost the party’s public appeal, it may even look to former deputy president Phumzile Mlambo-Ngcuka, or former public protector Thuli Madonsela as options for the deputy presidency. Ramaphosa may not be opposed to looking outside his immediate inner circle — he did appoint Patricia de Lille to his cabinet after all.

But what will make it difficult for him is how the ANC’s constituents might want rewards for their votes in the form of representation to the party’s highest structures. In other words, the influential provinces support Ramaphosa for their vested interests — which may hinder the ANC’s ability to get re-elected.

The party’s latest policy discussion documents are vague, lacking in coherence and consistency. It is perhaps not surprising, given how factional ...
Features
2 months ago

If the party’s  big umbutho in December is like this year’s Kentucky Derby, look out for those for whom the odds are 80-1
Opinion
2 months ago

The party's manifesto of 1999 vowed to root out corruption, nepotism and bribery, but was promptly ignored
Opinion
3 months ago

SA of late feels as if it is lurching from one crisis to the next: Covid, unrest, xenophobia, natural disasters, a morbund economy ... In the absence ...
Features
3 months ago
Next Article