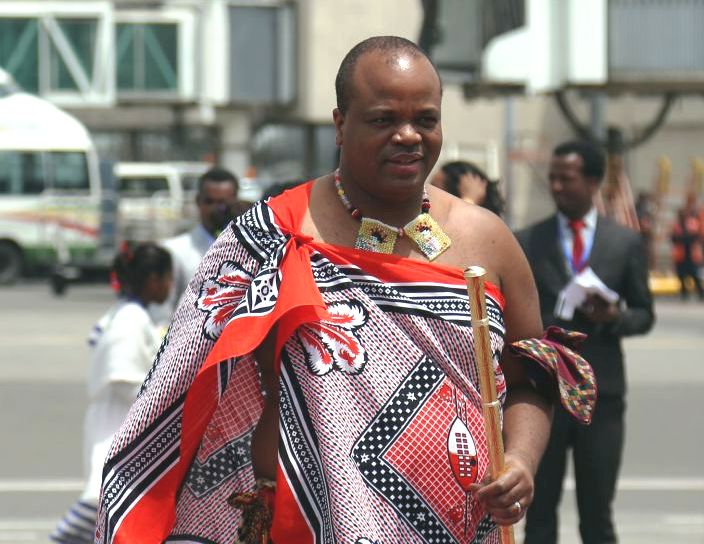 In late 2004, Eswatini’s King Mswati III bought himself a Maybach. The trappings may sound a tad tacky now, but the luxury car came with a TV, DVD player, 21-speaker surround-sound system, fridge, cordless phone and sterling-silver champagne flutes. Oh, and it cost about $500,000 (about R3.5m at the time.)

Only, there aren’t really any pictures of it: that same month the king banned the photographing of royal vehicles by decree. The perks of being an absolute monarch.

In case you think age may have dampened Mswati’s love of things unnecessary and expensive, fast-forward to 2018: to celebrate his 50th birthday, the king spent R2.7bn on an Airbus A340-300 and a place to park it  – an apparent necessity, MPs were told, to ensure the safety of the royal family and visiting heads of state (did I hear someone say “fire pool”?).

And in 2019, he reportedly ordered 120 luxury BMWs for the royal family, and 19 Rolls-Royces for his clutch of wives.

Now contrast that with life in the country Mswati “serves”.

Eswatini is 10th worst country in the world when it comes to income inequality, according to the World Food Programme. Almost 60% of the country lives below the poverty line of $1.90 a day, and one-third of Mswati’s people go hungry. At 26%, the country has the highest HIV prevalence rate among adults in the world. More than 50% of children under 17 are orphaned, and about one in four under the age of five is affected by chronic malnutrition. Unemployment is at 23%, and youth unemployment is at 46%.

So it’s something of an insult that the king gets a $24m (R340m) annual stipend – for tourist-pleasing cultural events, finance minister Neal Rijkenberg tells The Economist.

Not that the people of Eswatini are in any way empowered to change a system that is so obviously to their disadvantage. The king ultimately controls every branch of government. He appoints the prime minister and cabinet, and he appoints judges – on the advice of a Judicial Services Commission that he, too, appoints.

The king appoints 20 of the country’s 30 senators, and 10 members of the House of Assembly. The remaining 55 are elected in tinkhundla – a devolved, constituency system – but as Carien du Plessis explains in this week’s FM, candidates’ success is largely a function of how much largesse they can disperse. (If women’s representation is below 30%, an additional four women are elected from Eswatini’s four administrative regions.)

In case you’re concerned that the king doesn’t have sufficient hold over the legislature: he’s also constitutionally empowered to veto any legislation. Outside of the machinery of government, political parties are banned, and authorities crack down on opposition activists and journalists.

The king stands above it all, immune even from prosecution.

It’s no great surprise, then, that the people of Eswatini have had enough. If anything, it’s surprising that it’s taken so long to reach this point again.

What began as student and teacher protests in May over the death of 25-year-old law student Thabani Nkomanye, allegedly at the hands of the police, spilled over into demands for political reform: citizens want to be able to elect their own prime minister in competitive, multiparty elections.

But what really saw the protests gain traction was a royal decree – issued through acting prime minister Themba Masuku – banning people from petitioning the government for democratic reforms.

Unless, of course, you count shutting down the internet and the unleashing of the security forces – a murderous affair that has left anywhere between 20 and 60 people dead. (The UN has called for an independent investigation into alleged human rights abuses.)

The stories are numerous, heart-breaking and infuriating. Maverick Citizen, for example, has collected (and vetted) video footage and photographs from the ground: bodies burning; police firing wantonly – and in at least one instance, apparently quite deliberately – at protestors; beatings; torture.

SA journalists Magnificent Mndebele and Cebelihle Mbuyisa were allegedly abused by the security forces for reporting on the protests (more on that here). Their report for New Frame is probably the most comprehensive – and empathic – look into the chaos of the moment.

And yet, unbelievably, Eswatini’s (mis)information minister Sikhanyiso Dlamini – coincidentally also Mswati’s daughter – claims: “Foreign mercenaries have invaded the kingdom, hired by these people [those who are calling for democratic reforms], with these agendas ... [They are] carrying out the most heinous of attacks and they set up roadblocks and they’re dressed in police uniforms and army uniforms, infiltrating the citizens and sending videos of themselves attacking innocent citizens.”

Only, as Mndebele and Mbuyisa show, the truth lies elsewhere.

Given the week that was in SA politics, it’s hard not to draw comparisons as events unfold in Eswatini.

Both countries have been stuck in the shadow of odious men who’re prepared to sacrifice everything – their own people included – for themselves. They’re venal egoists; empty vessels who would see their countries despoiled for their own convenience, and who would burn down the house rather than leave the room.

Mswati may mouth off about “monarchical democracy”, but there’s precious little that’s democratic about the system he oversees. And he’s shown less than no interest in bettering the lives of the people he ostensibly serves. If anything, these protests have stripped him of even the fig-leaf of benevolence.

Zuma has had his comeuppance. It’s time for Mswati to have his day, too. These are men who had their time in power and added not a jot of value for it. It’s time for them to fade into blissful irrelevance in politics.

Unfortunately, our municipalities have about as much enthusiasm for clawing back money as Jacob Zuma has respect for the Constitutional Court
Opinion
1 year ago

SA business activity improves to a 13-month high in ...

Nampak shares leap after firm gets extra six months to ...

EDITORIAL: Rethink is needed on ending the Zimbabwean ...