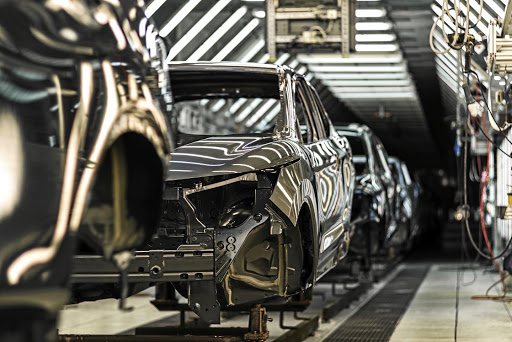 If you see someone walking round with a puzzled look behind their mask, odds are that they are in the automotive industry.

These are confusing days. Two major pieces of legislation came into effect last week. In both cases, no-one knows quite how they work. The SA Automotive Masterplan, which will govern vehicle and components manufacturing until 2035, came into effect on July 1. Competition Commission guidelines for the service and repair of vehicles debuted the same day.

Both bring clarity but also a brooding sense of uncertainty.

The masterplan, years in the making and intended to double the size of the motor industry, was barely ready in time. The government left it late to finalise the details that will enable it to function. A policy adviser says the SA Revenue Service (Sars) and other officials responsible for managing the policy’s complicated duty and payments structure “worked through the night” on June 30 to meet the deadline.

Now it’s up to companies to make sense of it all. New rules – some disclosed in the days leading up to the deadline – have to be integrated “on the run” into long-established operating systems. A number of these rules may yet change. Some companies say quarterly revenue reporting demands are too onerous. There are also questions about the feasibility of amended investment incentives and empowerment requirements. The government and industry say policy “tweaks” are likely in the early days of the masterplan.

Further down the line, there is uncertainty about how the government plans to incorporate electric vehicles (EVs) into its strategy.  Like most automotive policies in their early stages, its recent green paper on electric mobility was big on vision but light on content.

This is hardly surprising. Around the world, governments’ headlong pursuit of emissions-free motoring is causing consternation. In many cases, they are accused of setting bold targets before considering how to achieve them.

The UK has declared that conventional petrol and diesel vehicles will be banned by 2030 and hybrids – using twin petrol and electric motors – by 2035. Yet even the Westminster government’s own public accounts committee has cast doubt on the idea. It says there is “no clear published plan” and that the government has not “sufficiently thought through” some key issues.

There, as well as in the US and other countries, questions are growing about the ability of national power grids to handle a wholesale switch to EVs. In Australia, where the federal government is sending out confused messages on the issue, the state of Victoria’s plan to tax EV owners for every kilometre they drive has been described as “the worst EV policy in the world”.

SA’s other immediate challenge is the shift towards a more “democratic” vehicle aftermarket. Until last week, franchised motor dealers enjoyed exclusive rights to service and maintenance plans on vehicles under warranty. Customers taking their vehicles to nonfranchised workshops – even those with the required skills and equipment – risked voiding not only service plans but warranties too.

The new guidelines offer a kind of freedom.  In principle, customers can now take their vehicles wherever they like – not just for service but for repairs too. The idea is to open the market to capable workshops previously excluded by the “closed shop” system, and to encourage others to raise their own standards so they can take part.

But it’s not that simple. The onus is now on consumers to make informed choices. Many lack the knowledge to do so. Franchised and independent service providers are expected to explain to them what they need to know to make an informed decision. Statements from both sides suggest that neither trusts the other to do so honestly.

Motor companies and dealers have grudgingly accepted the guidelines but the challenge is that they are just that – guidelines. They require voluntary compliance. The Competition Commission has hinted at the imposition of firm rules if everyone doesn’t play fair. Once again, none of the players know quite what to expect or how they will manage the change.

Whatever happens, it will take years for the aftermarket to become truly competitive. Patience and understanding are not common currency in the present SA climate, but, as with the automotive masterplan, both are required in bucketloads to make the guidelines succeed.

The company has spent R10bn on refurbishing its East London plant and wants state transport operator Transnet to do its bit by improving the local ...
Opinion
1 year ago

New car sales numbers not as good as they look, says Nedbank

How changes to vehicle repair market bring positives and pitfalls

New car sales numbers not as good as they look, says Nedbank

How changes to vehicle repair market bring positives and pitfalls