LETTER: The truth behind wage settlements 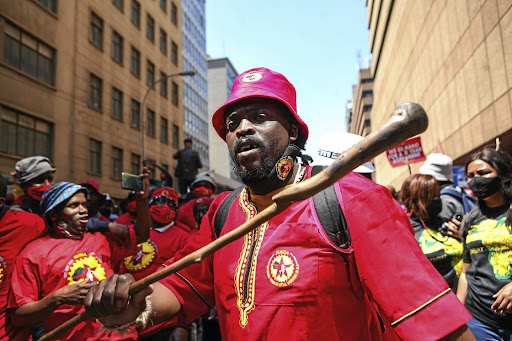 "Metal Fatigue" (Features, October 14-20) refers. It states that the metals and engineering sector is "organised by the country’s largest union, the National Union of Metalworkers of SA (Numsa), one of the most coherent and well-run trade unions".

Nearly all employers in the sector would strongly disagree. The SA Engineers & Founders Association (Saefa) has been sent hundreds of reports over the past two weeks of violence, intimidation and damage to property and equipment allegedly inflicted by members of this union. These include the invasion of company premises to force nonstriking workers and office staff to leave. In at least one case, nonstriking workers were assaulted so badly they were taken to hospital. The owner of one company was pelted with bricks and rocks while he was attempting to prevent valuable equipment from being destroyed.

Though Numsa is the largest union in the sector, there are four others. While their members joined the strike, they appeared to play little or no role in these actions.

The article also states that the inability to extend wage settlements to all employees "is a perennial problem for the sector", and certainly the Steel & Engineering Industries Federation of Southern Africa (Seifsa), together with Numsa, have been attempting unsuccessfully to do so over a number of years. This is despite the fact that, according to the article, this employer organisation represents only 45.3% of the sector’s employees. It also represents only about 1,000 of the approximately 10,000 employers registered in the sector.

The extension of collective agreements to nonparty companies helps the party employers to eliminate competition from smaller companies by forcing them to pay unaffordable wages to their employees. The new minimum wage for workers in the sector of about R12,700 including benefits, negotiated between Numsa and Seifsa, is completely unaffordable for most smaller employers (and increasingly some of the larger ones). This means there will be very few employment opportunities for new entrants and especially for unskilled workers.

It is for this reason that Saefa and three other employer organisations have refused to support wage settlements at these levels.

Employment in the sector has shrunk from 287,916 factory workers in 2006 to 258,862 in 2020. If this decline is to be reversed, wage agreements will have to be negotiated that enable companies which cannot pay these high wage levels to pay their workers at more affordable rates.

Inside the steel sector strike

The strike in the metals and engineering sector is pitting employer body against employer body. It could change the face of labour negotiations
Features
1 month ago

Why strikes are so violent

JONATHAN KATZENELLENBOGEN: Steel industry is buckling under skewed labour and ...

JONATHAN KATZENELLENBOGEN: Steel industry is buckling under skewed labour and ...

Booster shots for rural health workers urgent ahead of ...